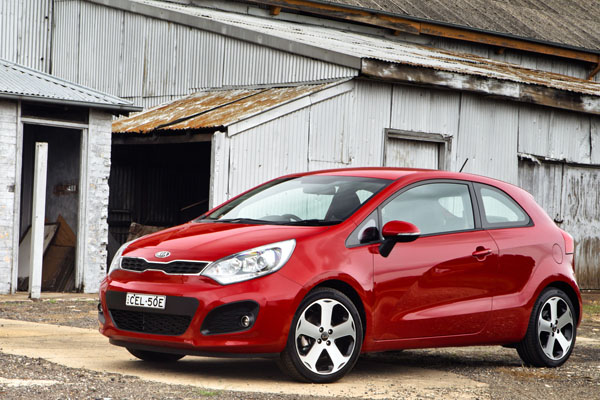 Kia Rio is a small South Korean car that has improved significantly in the generations being reviewed here. In fact it’s up with the best in its class from the 2011 third-generation car onwards.

This is not only due to constantly improving build quality, but also to the fact that significant handling and suspension changes were made to the Rio following extensive work by Australian and South Korean engineers in this important field.

Australians really do enjoy driving and pre-purchase test drives often swing them to Kias against others in the class.

Having said that, some less sporty drivers may find the ride of a Rio a little firm on rough roads. Try before you buy on some bumpy roads of the type used in your daily drIving. 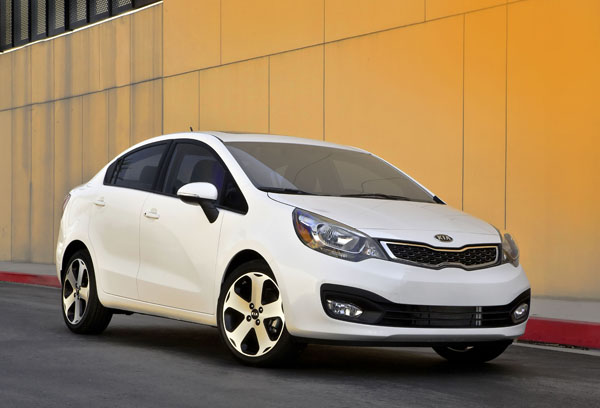 After these above opening remarks it probably doesn’t surprise you when we say that unless you’re really tight on cash we suggest going for the gen-three.

Second-hand Kias is comes with an excellent new-car warranty. Five-years and unlimited kilometres from February 2008 and seven years with no distance limit from October 1, 2014. This transfers to the new owner when the car is sold.

Kia’s fourth-generation Rio arrived in January 2017 but is still relatively rare on the used-car scene. It sits on a 10 mm longer wheelbase and is 15 mm longer overall resulting in added interior space and a larger boot. However, it sits five mm lower. Ride and handling were further revised, there’s connectivity for Apple CarPlay and Android Auto and it has added safety features.

Kia Rio comes as a four-door sedan or five-door hatch. It has good interior space and can seat four adults in reasonable comfort. However, try the back seat for size if tall travellers routinely use the fronts. In Australia this Kia is more often used used by singles and couples.

They use a 1.4- or 1.6-litre four-cylinder naturally-aspirated petrol engine. Manuals are six-speed units, automatics have four or six forwards ratios depending on engine and model grade.

The experienced home mechanic can do a fair bit on a Kia Rio. Underbonnet access isn’t too bad. Don’t do any safety-related work yourself, leave that to the professionals. Having a workshop manual at your side makes a lot of sense.

Insurance for the Kia Rio is usually towards the lower end of the scale for cars in this class. These days there isn’t as much variation as we saw in earlier Rio models. It pays to shop around, but make sure you understand what you get, and don’t get, for your premium.

WHAT TO LOOK FOR
Though Kia Rio is a low-cost car it’s worth spending money on a professional inspection, either from your local motoring association, or a good mechanic with experience in the marque.

Look at the interior and boot for signs of general wear and tear. The back seat is often the first to suffer if kids have knocked it about.

Poorly repaired crash damage will show as paint which doesn’t match from panel to panel; a ripply finish in a panel; or tiny specks of paint on non-painted parts.

The engine should start within a second or so, even when it’s cold. Within another few seconds it should settle into a steady idle.

The engine should drop back to idle during gear changes, if it doesn’t so have it checked by a mechanic.

A manual gearbox should be moderately light in its action and not crunch on any of the downchanges, no matter how fast they are made. The third-to-second gearchange is usually the first to give trouble.

If the automatic transmission is slow at going into Drive or Reverse from Park or Neutral it may be due for a a service, possibly even an overhaul if it has done a lot of work.

CAR BUYING TIP
Small cars that do a lot of work in the suburbs may have a lot more wear and tear than ones used the country. Don’t make the mistake of thinking that a low reading on the distance meter is necessarily a good thing.