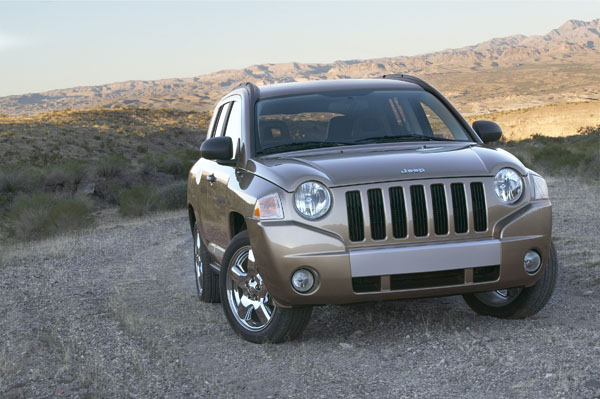 The first Jeep Compass has had a mixed career – starting off as what we would now probably call a competent crossover, moving on to being a pretty good SUV, and these days is offered as a full-on rugged 4WD that is Trail rated to extra tough Jeep standards.

Compass was launched in Australia in September 2007 after Jeep finally realised that 4WD lookalikes were becoming increasing popular and often being bought in place of conventional passenger cars.

It was rather odd in its appearance, though it did have the trademark seven-slot grille. Many saw it as a hatch with a rather toy-like front end. Below average sales meant it was quietly slipped from the Australian import list in 2009.

There’s nothing wrong with this early Compass models and they can make a good used car buy, particularly if the price is right. Quality control wasn’t good, though, so make sure to have an expert look over one – see our What to Look For segment. 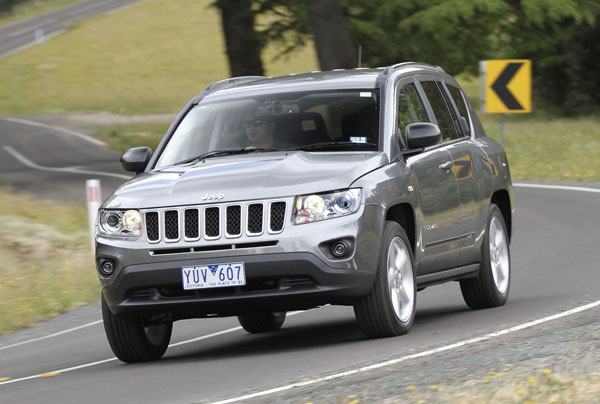 Compass came back Downunder again in January 2012 with a with a body that made it look like a smaller version of the Jeep Grand Cherokee (well, sort of). This Compass shares its running gear with the Jeep Patriot, which also deserves consideration if you’re shopping for a Compass.

This Jeep Compass was sold with either a 2.0-litre or 2.4-litre petrol engine. Transmission options are a CVT automatic and five-speed manual. Quite a few autos were sold and these are popular with those buying suburban runabouts. Take one for a test drive as CVT autos aren’t to all tastes.

This second generation Compass Sport and Limited both have AWD, the Sport was also offered with two-wheel-drive (through the front wheels). It’s lighter and cheaper than the AWD and if you’re not going to attempt even mild off-road running it may be all you need.

Ride comfort is pretty good as the Americans value this ahead of handling in their home country. If you see yourself as a keen drive take one for a solid test drive to see if it suits. Frankly we aren’t particularly keen on the way it handles, though it’s safe enough.

Generation-three Jeep Compass wasn’t launched until early 2018 so is still scarce on the used car scene. But it’s worth a few pars here as it was offered it’s offered as a Trackhawk, meaning this is a proper Jeep 4WD that can tackle ultra-harsh conditions that will leave alleged competitors’ 4WDs stranded before they even get near the difficult areas.

Traction is through the advanced Jeep Active Drive Low 4WD system, with Rock mode added to its Selec-Terrain control. Naturally it has raised ride height and steeper approach, ramp-over and departure angles.

This current Jeep Compass is also sold in mild 2WD format as well as not-quite-mild AWD variants. Petrol and turbo-diesel engines are offered. 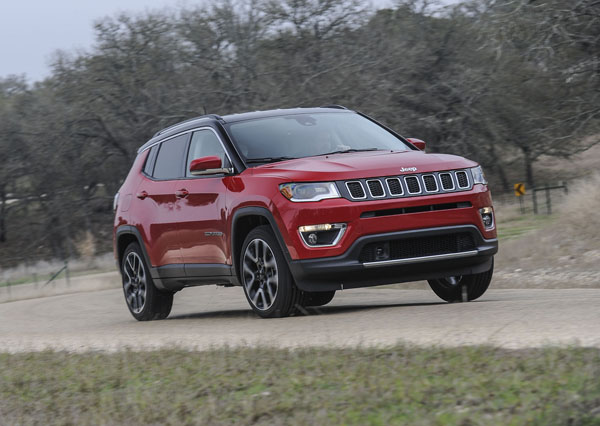 Spare parts prices aren’t too bad but we have heard some complaints about bits not being stocked and slow to be sent to dealerships.

Jeep has struggled a little in Australia in recent times, but a new management team is in place and things are moving forward both on the sales and service fronts.

Insurance is similar in price to that of other SUVs in this class. As the Compass hasn’t been sold in the some numbers as more common vehicles there’s often quite a difference in price from company to company. As always, we advise you to shop around, but be careful you are doing accurate comparisons on what you get, and don’t get for your premium outlay.
WHAT TO LOOK FOR
Look for signs of off-road activity: scratches in the doors, scuffs on the bumper corners, damage to the underneath of the sills, even damage to the sumps.

So few go Compasses go off-road that it’s probably best to skip one with these signs – unless it’s dirt cheap and you can do your own repairs.

Build quality of these Jeeps isn’t to the high standard of Asian competitors (though the gen-three appears to be noticeably better).

The interior finish and fit may result in bits coming loose or falling off.

Test that all controls are working correctly as some electrical problems can occur. If there’s an owner’s handbook in the Jeep use it to check you’ve tested all modes.

In the pre-2018 Compass take it for a drive and listen for squeaks and rattles in the cabin. Find a rougher than average road for this, there’s no need to go bush, some suburban backroads are in a hopeless state.

Also look and feel for harshness in the front suspension.

Turbo-diesel engines aren’t the quietest units but if one sounds too noisy have it checked out. Ideally you should test its stone cold after an overnight stop.

Jeep manual gearboxes are tough units but listen and feel for noisy or sticky changes. These are usually at their worst on fast three-two shifts.

Automatic transmissions are generally fine, but try the CVT fitted to some models at very low speeds in forward and reverse to make sure it’s not jerky.

CAR BUYING TIP
Don’t even think of buying a used crossover or 4WD without a full inspection from an expert in the type.