HYUNDAI UPGRADES ITS i30 SR 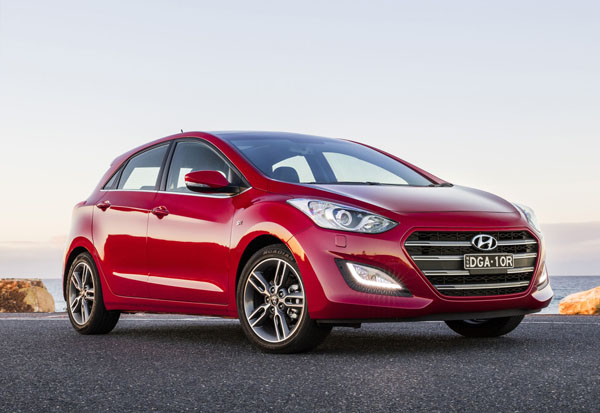 Hyundai is enjoying a boom period in Australia. Midway through 2016 the Korean importer is sitting in third place in the total vehicle sales race, having overtaken Holden, with only Toyota and Mazda ahead of it. Equally impressive has been a dramatic increase in sales of Hyundai’s top-selling i30 which has overtaken both Toyota Corolla and Mazda3 as Australia’s biggest selling motor vehicle.

There’s little doubt that aggressive pricing ($19,990 driveaway) has been the main driver of the i30’s sales surge, but it has also established its credentials as a serious competitor for its two Japanese rivals.

To attract sportier buyers Hyundai introduced its SR variants with the 2012 Veloster and added them to the i30 range the following year and continued with the 2015 Series II models. Best seen as a warm rather than a hot hatch i30 SR does look the part as well as providing decent performance from a larger, more powerful engine and firmer suspension. 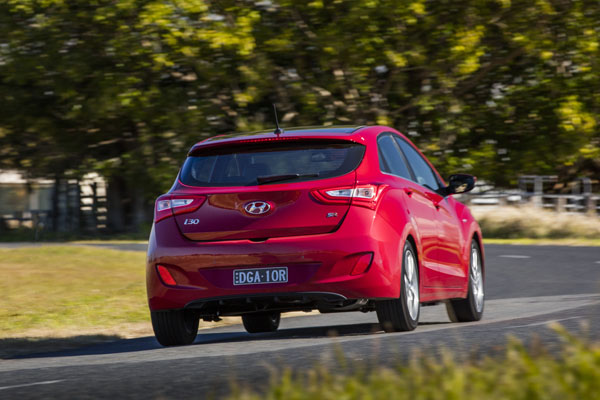 An upgraded version of i30 SR has just been released. Most of the changes are cosmetic including dark-grey twin-spoke 17-inch alloy wheels; extended bolsters for better lateral support; black and red leather seats with red stitching; black roof lining instead of the previous grey; cloth covered A-pillar trim; and paddle-shifters for the automatic variants.

Power comes from a 2.0-litre direct-injection engine – the standard i30s have either 1.8-litre petrol or 1.6-litre turbo-diesel. It produces 124 kW of power and an impressive 201 Nm of torque at 4700 rpm, although much of the torque is available at lower revs than you would expect from a non-turbo engine.

Both manual and automatic transmissions are six-speed.

As with all models in the i30 range SR meets five-star crash safety requirements, thanks to a combination of seven airbags; ABS brakes with EBD and BAS; Vehicle Stability Management with ESC and TCS; rear view camera; and rear park assist.

We were able to test the cars over some excellent rural roads on the NSW Central Coast. Handling is safe and sure, remaining neutral and well beyond speeds likely to be attempted by most drivers. There was a hint of understeer although it’s easy to correct, with the reassurance of a sophisticated traction control as a backup should you still get it wrong.

Steering is nicely direct in the central position and has quick reaction, and excellent feedback to the driver’s hands.

Suspension has been given the usual tweaks by Australian engineers that are a feature of Hyundai. It is noticeably firmer in the SR than the standard i30s without affecting comfort.