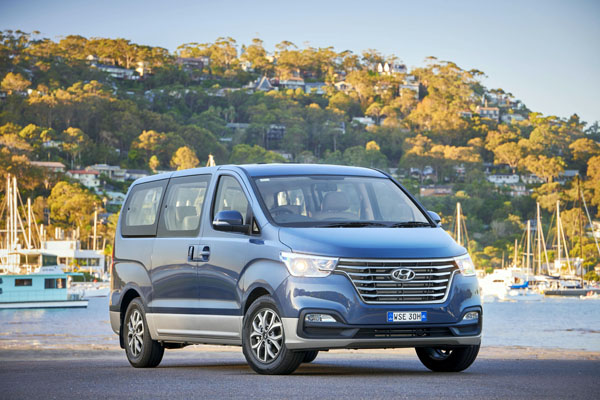 Hyundai has added an upmarket model to its iMax people mover range. The iMax Elite sits on a new design of 17-inch alloy wheels. Even the spare is a full sized alloy, rather than a space-saving steel spare.

Inside, the Elite has luxury features such as A beige leather trimmed interior, two-tone colour dashboard as well as heated front seats. Even better, the driver’s seat is ventilated. The rearview mirror is self dimming and dual sunroofs offer plenty of light.

Commercial vehicles don’t get facelifts as frequently as pure passenger vehicles, but the iLoad van and iMax people mover have a new front end appearance by courtesy of a black bar grille with a chrome lip surround that works into a new headlight design.

A new front bumper incorporates foglamps on all versions of the iMax.

All variants, iMax and iLoad, now have automatic headlights as well as a four-way adjustable steering wheel. The instrument cluster design has been revised and a with trip computer and updated 7.0-inch touch screen. A cloth interior is used on all but the leather trimmed iMax Elite.