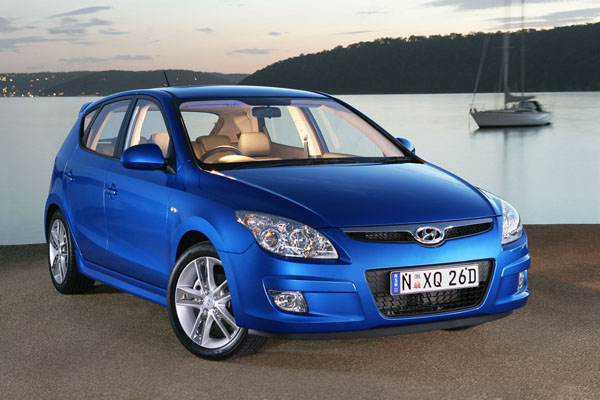 Hyundai’s public perception has increased markedly over the years, moving up from the
cheap n’ cheerful brigade to building quality cars. The Hyundai i30, first sold here in
October 2007 has arguably had the biggest influence in this change.

Engineers from Australia and South Korea have tailored the suspension and steering to
our conditions. Result is good dynamics, high levels of grip and a precise feel through the
steering wheel.

However, the Australian handling package resulted in a rather firm suspension. Test drive
one if you feel comfort is more important than sporty handling.

Initial imports of the Hyundai i30 were all five-door hatchbacks, but a station wagon, the
Hyundai i30cw, joined the range in March 2009. It has a longer wheelbase and a
substantially greater overall length than the hatch, resulting in significantly more legroom in
the rear, so it can carry four adults in comfort. 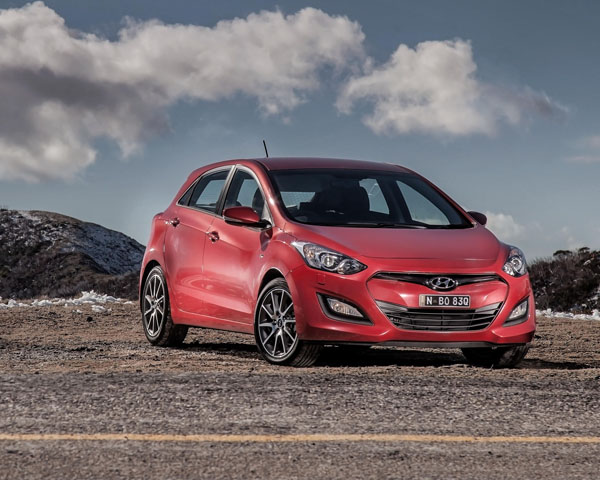 The i30cw station wagon was discontinued with the introduction of the second generation
i30 in 2012, replaced by the i30 Tourer. While spacious enough the Tourer doesn’t have
the impressive cabin dimensions of the i30cw.

A three-door Hyundai i30 hatch looked a bit like a coupe at the rear, was sold for a while
from 2013. It wasn’t successful here so was discontinued in April 2015 as part of the
facelift of the gen-two.

Most first generation i30s use a 2.0-litre petrol engine. This capacity dropped to 1.8 litres in
the second-generation models but it was a new design and offered more performance
than the 2.0. if you like a bit of grunt under the bonnet it’s probably the one you should
shop for.

Turbocharged 1.6-litre diesel units with a capacity of 1.6 litres proved moderately popular
in this country, but most buyers seem to be sticking with the petrols.

Transmission options were five-speed manual and four-speed auto in the gen-one
Hyundai i30. The gen-two got six forward ratios in both the manual and automatic
transmissions. These are livelier to drive.

Hyundai went into the high-performance market with the introduction of the i30 SR in
August 2013. So strong was the Australian market that the global launch of the SR was
held in this country. I spoke to some of the overseas journalists at this event and they were
impressed not only with the i30 SR – but also with the Australian way of life. I wonder if
some of them have since migrated Downunder? 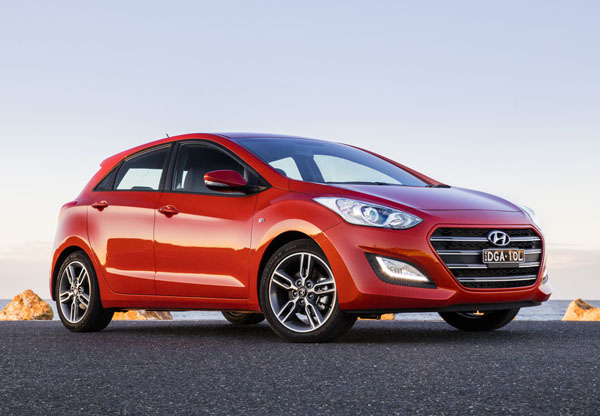 A naturally-aspirated engine with 129 kilowatts gives it better than average performance,
but the SR is no hot-hatch.

Having taken the toe of out the water and liking what it felt, Hyundai decided to go all the
way with a full-on hot-hatch – the i30N (‘N’ in honour of the company’s South Korean
proving ground at Namyang). It should be added to your list of possible hot hatches from
Hyundai.

The third generation Hyundai i30 was launched here in May 2017. It moved further
upmarket with a fully integrated satellite navigation system, an 8.0-inch touch screen
display, Apple CarPlay and Android Auto compatibility and DAB+ digital radio.

Alloy wheels debut are standard across the new Hyundai i30 range, with 16 and 17-inch
alloys on the Active, Elite and Premium and 18s on the sporty variants the SR and SR
Premium.

Hyundai has expanded rapidly in Australia in recent years, with numerous new dealers
being appointed. Most dealers are in major metro areas, though the increasing number of
dealers in country cities and towns is a sign of the maturing of the marque.

Spare parts prices are about average for this class and we haven’t heard any major
complaints about availability.

Hyundai i30 is relatively easy for the home mechanic to do their own work. As always, we
recommended that safety areas are only serviced and repaired by qualified mechanics.
Amateurs should always buy a workshop manual before getting in too deep.

Insurance companies seem to treat Hyundai i30 owners with respect and premiums
generally range from average to slightly lower than the norm for a car in this class.

WHAT TO LOOK FOR
The ignition key in some gen-one cars were on the fragile side and could break at the
shank. Ask the seller to give it a hard twist so that you’re not the one to break it.

It’s important for the longevity of the turbo-diesel engine that it’s serviced by the book – so
ask to see the book. If it’s not in the car’s glovebox it might be wise to skip the car and find
a diesel that has been serviced ed by Hyundai.

Check the engine starts easily, the diesel will take longer than the petrol, especially if it’s
cold, but too long a period of cranking indicates possible problems.

A manual gearbox which crunches on fast downchanges could be due for an overhaul, or
there may be a clutch problem.

We haven’t seen many Hyundai i30s on the car rental fleets – the smaller i20 seems to be
the more popular choice – but be wary of an i30 with a lot of kilometres on the clock.

Another sign of ex-renters, and/or of uncaring owners, is seat trim and boot mats that are
in poor condition.

CAR BUYING TIP
Paying extra for a car that’s been well maintained by professionals throughout its life is a
smart move.