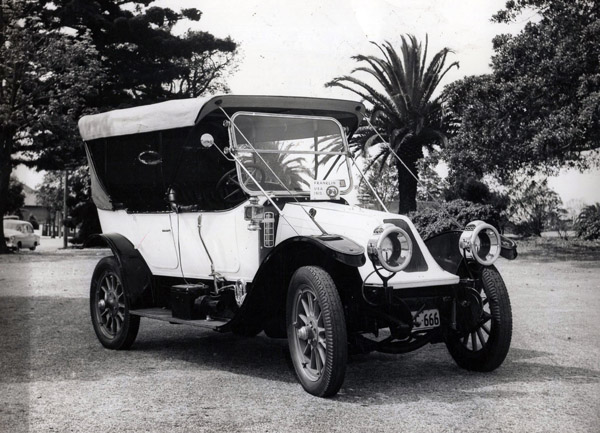 The Franklin Company of America was a firm believer in the merits of air-cooled engines. It once conducted a stunt drive from Walla Walla, in Washington, to San Francisco, California, in bottom gear to prove that the engine would not over-heat.

After building a series of successful four cylinder models, Franklin introduced a six in 1905. For many years both fours and sixes were offered.

The engine has seven main bearings. It is one of only three D Torpedo models known to survive and features a timber chassis, full elliptical springing on all wheels and an aluminium body to keep down the weight. The differential was offset to one side.

The company was the most successful builder of air cooled cars before the advent of the Volkswagen.

It ceased production in 1934 and began to specialise in aircraft engines.