The Hyundai i40 was initially sold only as a station wagon, called the Tourer, when it arrived in Australia in October 2011. A four-door i40 sedan didn’t reach us until May 2012.

With the Tourer, Hyundai Australia was chasing potential buyers of crossover SUVs, offering a more sensible vehicle than a high riding wagon. Hyundai wasn’t the first to discover that sensible wagons don’t sell particularly well. That’s because SUVs are often bought by people looking for the macho image, not commonsense transport.

Keep in mind wagons such as the Hyundai will use significantly less fuel than full-on 4WDs, though the fuel savings won’t be as great as those in so-called SUVs that are actually just tall hatchbacks.

The Hyundai i40 is reasonably popular on the used-car scene. That’s because buyers are increasingly aware of the engineering and high build quality of the latest couple of generations of South Korean cars.

Those travelling in the front of a Hyundai i40 have good-sized seats that are quite comfortable. Rear seat passengers will be short on knee room but may’ve to do a deal with those in the front to give up a little of their space. 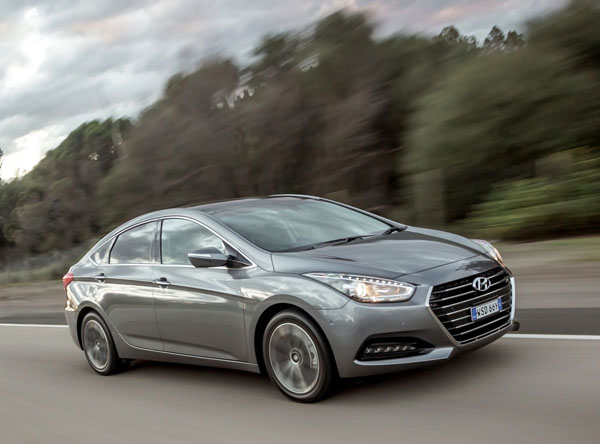 Despite the sleek roofline, headroom is good in the rear for all but the very tallest travellers. Even with a sunroof fitted this still applies, but try for yourself if you’ve some hulking teens in the family.

Other innovations include front windscreen de-fog function in the Elite and Premium; heated and ventilated driver and passenger front seats in Premium, as well as heated rear seats. The driver’s seat gets 10-way power settings including height adjustment with lumbar support in Elite and Premium models.

Ride and handling have a sensible balance between firmness and comfort. The Series II benefits from further work by Australian suspension engineers working with South Korean guys to produce the sort of dynamics that are enjoyed by Australian drivers.

Hyundai i40 comes with the option of a 2.0-litre petrol or 1.7-litre turbo-diesel engine. In the Series One the entry-level i40 Active is offered with a six-speed manual, the midrange Elite and topline Premium only come with a six-speed conventional automatic. In the Hyundai i40 Series Two, the diesel engine was mated with Hyundai’s new seven-speed dual-clutch automatic. 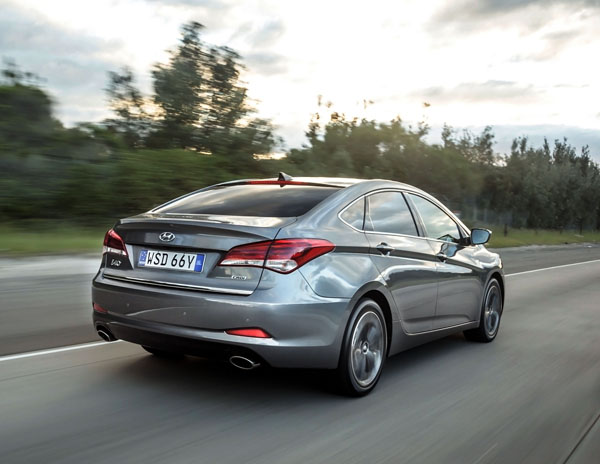 A solid makeover created the Hyundai i40 Series Two in June 2015. The stying in the Series Two is even sharper, with a more aggressive grille and projector-beam headlights, plus LED daytime running lights to stylish new taillights.

The Series One dot-matrix audio was replaced with a new 4.3-inch touchscreen not only making things easier for the user, but also giving the cabin more modern styling.

In addition to the existing AM/FM radio, CD-player, USB/AUX inputs and MP3 compatibility, the upgraded system has digital iPod connectivity, in place of the previous analogue, as well as a media ripping / storage facility.

There’s an emphasis on dealerships in the the metro regions, but Hyundai is increasingly looking at country cities and major towns.

Insurance charges are generally moderate and there’s not a huge difference in premiums from company to company.

WHAT TO LOOK FOR
Earlier i40 models were launched at the time when major improvements being made in build quality by Hyundai. Bodies are pretty good, but check them over for panels that don’t fit evenly. The later the car the better it’s likely to be.

At the same as you’re looking at panel margins check for indications of panel repairs. Sighting along the body for ripples will give a big clue to time being spent in a panel shop.

Similarly colours that don’t match exactly from panel to panel are a sign that the two were painted after repairs.

Have a good look at the interiors as their quality may not be up to the standard in early model that we have come to expect in Hyundais in later years.

Electric problems in door mirrors were common in earlier cars, make sure both sides work. Then again, if you’re the only driver and don’t need to alter the mirrors their failure could be way to haggle the price down.

Look for seat damage or trim that’s not fitted neatly. We’ve heard of steering wheels with surfaces peeling, probably because of them being parked outdoors most of the time.

During your test drive listen for in-cabin squeaks and rattles that may indicate parts not fitting correctly.

Turbo-diesel engines will take longer to fire up than petrols, but if one seems too bad have it checked in a workshop. Ideally one that specialises in Hyundais.

Manual gearboxes that crunch on fast changes could be due for an expensive overhaul, but it may just need adjustment of the clutch. Guess which is the more expensive…

CAR BUYING TIP
Take a mate with you when shopping for a used car. That way they can keep the chattering sales person at bay while you check the car without interruptions.