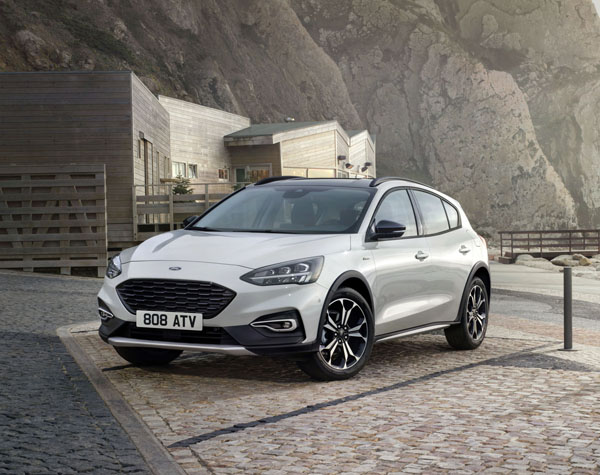 Focus Active is not a toy, though, because front and rear skid plates can let you tackle moderately serious dirt roads.

Inserts in contrasting silver alter the Focus Active’s styling when compared with others in the Focus range. There are unique front and rear bumpers as well as a honeycomb grille and LED Daytime Running Lights, as well as LED adaptive cornering foglamps.

A black beltline and wheel-arch treatments add give it a more rugged look. Twin chrome tail-pipes look the part.

The seats have a more rugged cloth trim to complement more textured cabin materials and surfaces. Nordic Blue seat stitching is also used on the steering wheel, dashboard and doors. 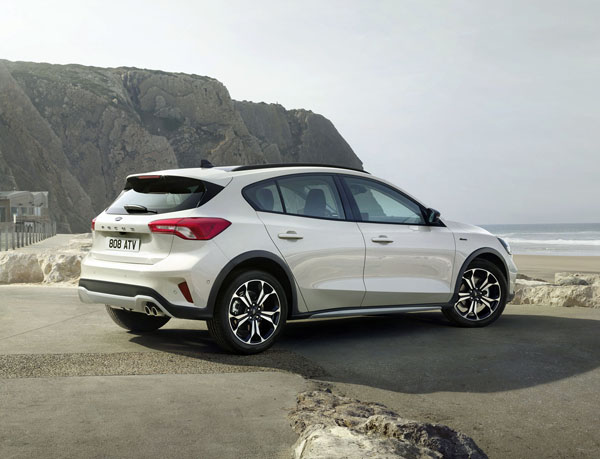 Infotainment is by Ford’s SYNC system through an 8.0-inch colour touchscreen that can be operated using pinch and swipe gestures. It is compatible with Apple CarPlay and Android Auto,

The SYNC 3 system brings Emergency Assistance as standard. When paired to a compatible smartphone and within range, it can automatically dial emergency services in the event of a serious crash.

The Focus Active is powered by a1.5-litre EcoBoost engine (134 kW/240 Nm) that drives through an eight-speed paddle-shift automatic. 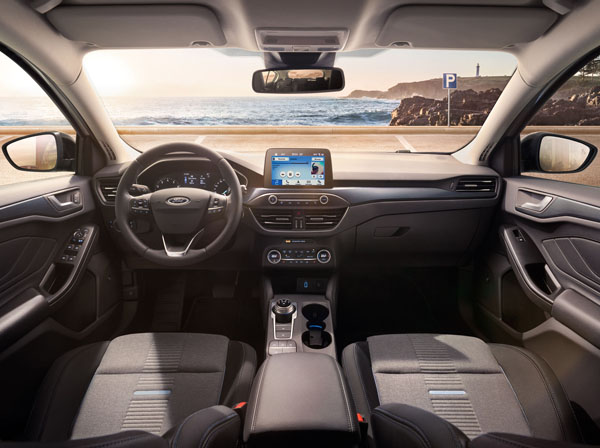 Active has two additional drive modes – Slippery and Trail over the standard modes of others in the Focus range.

Slippery Mode is designed for surfaces with reduced grip such as snow and ice. Trail Mode is intended to help maintain momentum on soft, deformable surfaces like a sandy beach or powdery dirt road.

Note that all-wheel-drive is not part of the Focus Active package.

Dozy drivers can be saved from crashes by autonomous emergency braking with pedestrian and cyclist detection, lane keeping aid and lane departure warning.

The Ford Focus Active goes on sale in Australia at a date yet to be specified in 2019 with an MLP of $29,990. On-road charges have to added.

COMMENT
Ford Focus Active is an interesting, very sensible vehicle, but will it appeal to buyers who want to be seen in a tough looking SUV rather than a passenger car? We would like to think it would, but…