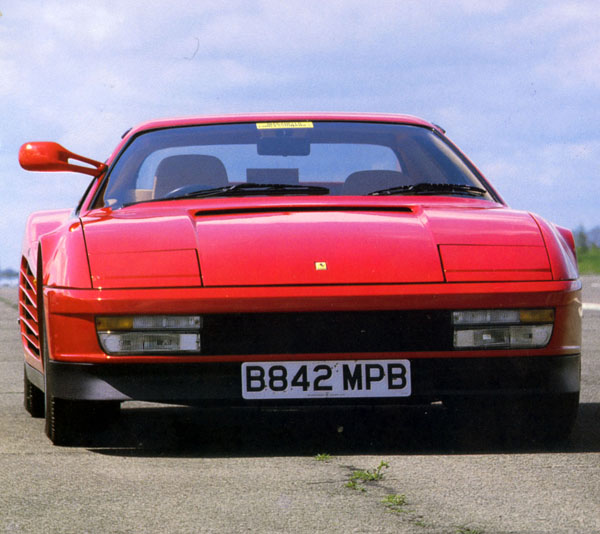 In 1956 Ferrari introduced the four-cylinder 500TR sportscar which was their first car to use the name Testa Rossa or Red Head because the cylinder head was painted a bright red. This was followed by the 250 Testarossa clothed in a body by Pininfarina. Not only was it a more powerful successor to the four-cylinder Testarossa but its 2953cc V12 engine was specially designed to enable it to compete in sportscar championships for cars up to 3.00-litres, which were expected to be introduced in 1958. These cars have been considered among the most beautiful cars ever to race.

In 1958 Ferrari took out the sportscar manufacturers’ championship, winning at Buenos Aires, Sebring, the Targa Florio and Le Mans. Their main rivals, Aston Martin, won the Nurburgring 1000km event, but it was a small consolation, for, with four firsts, three seconds, two thirds and three fourth places, Ferrari took the championship by 38 points to Aston Martin’s 16 – and was so cocksure they didn’t even bother to run in the last round of the Tourist Trophy.

When Ferrari introduced their 1985 high performance car it seemed logical to use the Testarossa name for this car with its Pininfarina body especially as its centrally mounted 4942 cc flat-12, four valve per cylinder boxer engine had red crackle paint finish cam covers. This really impressive power plant developed 291kW at 6300rpm which gave the car a top speed of 290km/h and enabled it to accelerate from 0 to 100km/h in only 5.8 seconds.

The styling of the 1985 Testarossa appeared wildly extravagant and to accommodate the new radiator position, in the middle of the car, rather than the front which was more usual, the side air intakes made it very distinctive. It had a five-speed manual transmission and was fitted with disc brakes on all four wheels to ensure its braking performance matched its excellent roadholding and ride. But as with all Ferraris the major emphasis was always on engine design.