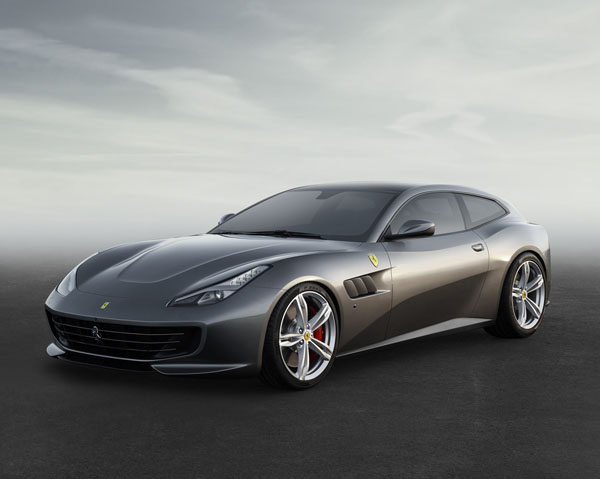 The Italian word ‘lusso’ translates into ‘luxury’ in English so Ferrari Australia’s choice of a multi-million dollar Sydney harbourside mansion as the venue for the southern hemisphere debut of its equally luxurious new GTC4 Lusso couldn’t have been more appropriate.

Among the dignitaries at the launch was Flavio Manzoni, Senior Vice President of Design at Ferrari who penned the original sketches of the Lusso. He had previously worked on a range of models including the F12 Berlinetta and California T.

The GTC4 Lusso replaces the previous Ferrari FF, so named because it has four seats and four-wheel drive. Sensibly, the addition of four-wheel steering didn’t lead to the newcomer being called the FFF.

Although they’re often frowned upon by Ferrari purists four-seat versions have been around since 1960 when the first mainstream production model, the 250 GT/E, was launched. This and most subsequent models were really only 2+2s with the rear seats only suited to emergency use or short-distance trips – certainly not for comfortable grand touring.

Cue the GTC4 Lusso nee FF. At just under five metres long (a lot of which is bonnet) and nearly two metres wide Lusso is a big vehicle and once rear seat passengers overcome the inconvenience of entering through the front doors there’s pretty good space in the beautifully sculpted and finished individual seats, that’s despite a slight reduction in the car’s height. 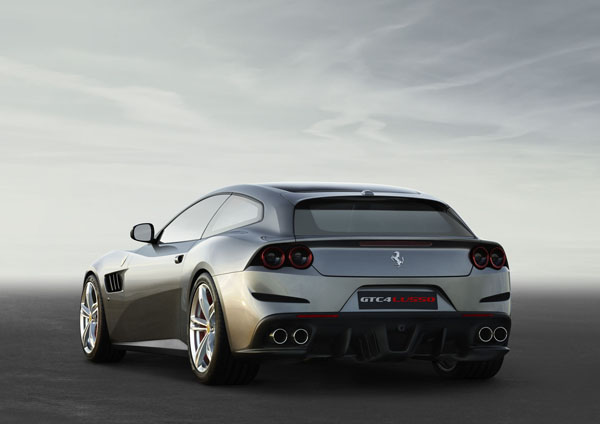 Boot capacity is a useful 450 litres.

While clearly an evolution of the FF the styling of Lusso has been updated at the front with a larger front grille, new air vents and headlights. The most noticeable change comes at the rear where, in line with the shooting brake name that Ferrari has adopted, the car has a squarer, more wagon-like shape featuring a pair of high-mounted twin round taillights. There’s also a small spoiler embedded into the rear of the roof line to improve the car’s aerodynamics.

The interior of the Ferrari GTC4 Lusso oozes class with high quality materials, very Italian styling, a beautifully sculpted dashboard, electronic dials and a complex steering wheel that resembles that of a Formula 1 car.

The dashboard is right up to date in terms of infotainment technology with a 10.25-inch high-resolution touchscreen located in the centre of the dashboard that can be customised according to show preferred features. There’s even a second, narrow touchscreen directly in front of the front passenger that displays speed, engine revolutions, current gear, G-force and navigation as well as allowing music selection. The jury of drivers is still out on this interesting innovation! 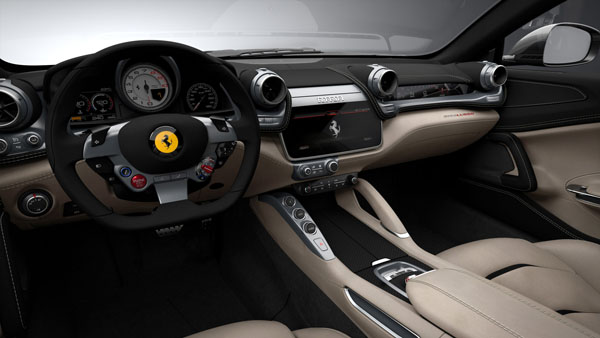 The big Ferrari can skip over the zero to 100 km/h sprint in just 3.4 seconds on the way, if you’re travelling in the Northern Territory, to a top speed of 335 km/h.

Harnessing all this thrust is the new Ferrari-patented 4RM-S four-wheel drive and four-wheel steering system that integrates and controls the 4RM power transfer until, the rear-wheel steering, E-Diff and active damping.

Announcing prices up-front at the launch of cars in this class is generally considered to be a bit vulgar but Ferrari must have been sorely tempted to do so in this case because a cut of nearly $50,000 from the outgoing FF ($624,646) to the new GTC4 Lusso ($578,888) is quite significant. You could buy a high quality daily commuter with the saving.

Ferrari Australia has been taking orders, 45 to date, since the GTC4 Lusso was launched in March at the Geneva Motor show although the first deliveries won’t arrive until early next year.

We’re hoping to spend some time behind the wheel when a test vehicle travels around our capital cities and will report on it then, can’t wait.