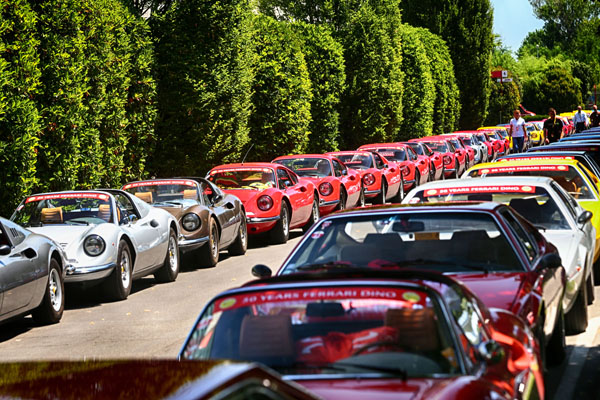 Saturday 30th June 2018: More than 150 Ferrari Dinos from all over the world flocked to Maranello, Italy for an event celebrating the 50th anniversary of the debut of the iconic Dino in 1968.

On Saturday, the cars arrived in the forecourt of the Maranello Museum, then headed to the Fiorano track, where the cars paraded together. At midday, the Dinos drove into the factory where the customers were given a special tour. 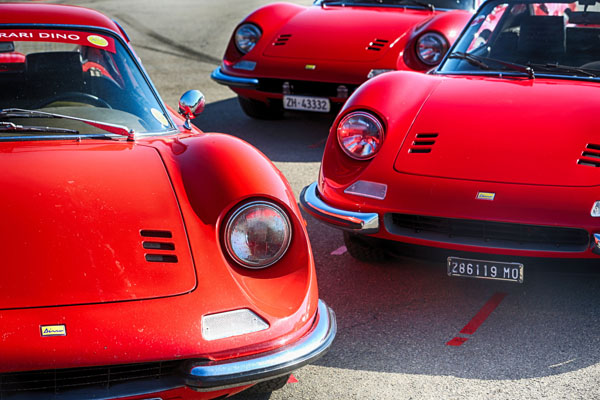 At the end of the afternoon the Dinos were driven one car at a time under the arch of the historical entrance on Via Abetone Inferiore.

The mid-engined V6 Dino is named for Alfredo ‘Dino’ Ferrari the son of Enzo Ferrari. Alfredino sadly died in the 1956 at the age of just 24. He had worked for Ferrari as a V6 engine designer, though not on the engine in the car that bears his name. 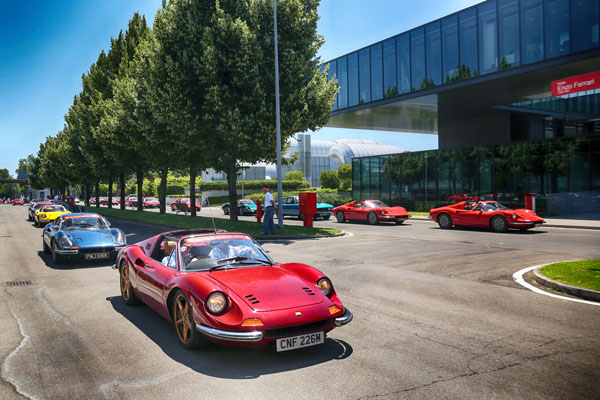