EXPLORE THE BUSH WITH NEW NARVAS 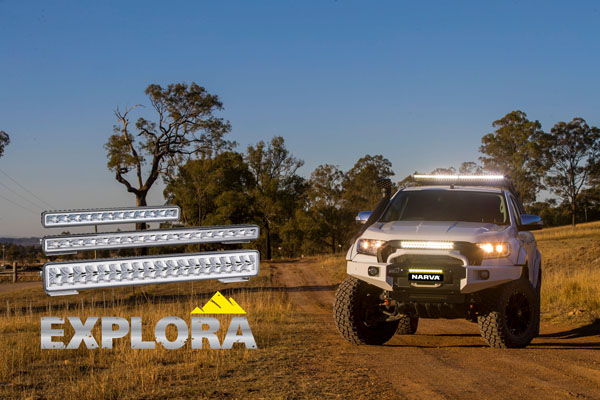 Building on its initial 14-inch single-row Explora bar, Narva is now selling two models for those requiring even more light, but who want to keep the slimline design.

Another important feature is Narva’s ‘Active Thermal Management System’ which allow the lights to operate harder for longer without overheating.