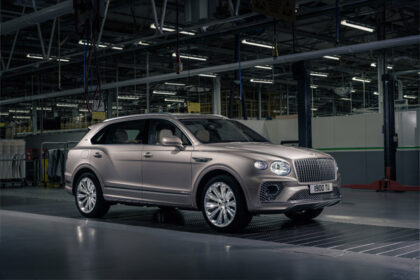 Bentley has announced an even larger version of its Bentayga mid-sized SUV – the Extended Wheelbase Azure with a very spacious cabin. Exclusive features and future-focused technology deliver wellbeing for driver and passengers alike. Behind the Power Close rear doors, a new diamond quilting design can be seen thanks to light coming through the large sunroof. Mood lighting can also be switched on providing an atmosphere for work or relaxation. The choice to create a calm ambience is at your fingertips with subtle waterfall lighting, while the Bentley Diamond Illumination… Read more 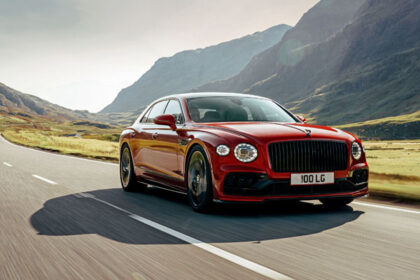 New Bentley Flying Spur V8 has sculpted surfaces and precise feature lines to create an assertive presence. Gloss black radiator matrix and haunch line above the rear wheel gives a muscular look. The elegant roofline and side-glass profile enhance the Flying Spur’s streamlined appearance. The latest ‘Flying B’ mascot has been redesigned for Bentley’s next century. It electronically deploys and illuminates when the car is unlocked. The four individual ‘armchair-style’ seats allow the driver and passengers to travel in supreme comfort. The 12.3-inch high-definition touchscreen provides access to maps and… Read more 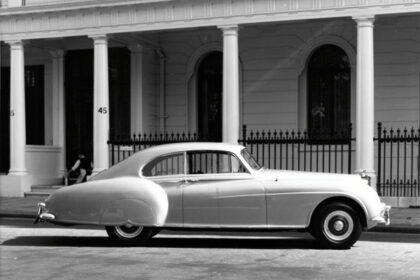 The Bentley Continental has been described as one of the most attractive and refined motor vehicles ever built and when introduced in 1952 was the world’s fastest saloon. The Bentley was perceived by many as a Rolls-Royce with a different radiator grille and badges yet the manufacturers insisted on promoting it as `The Silent Sports Car’. Silent it might have been but it was far from being a sports car. To improve performance the Bentley Continental had a weight reduction from 1860kg to 1650kg and a change in gear ratios… Read more 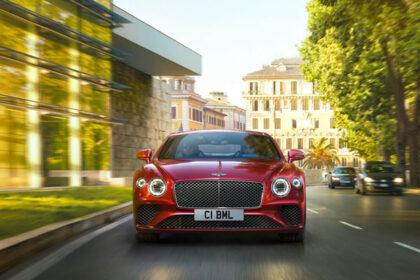 The third generation Bentley Continental GT V8 Coupe and Convertible are now on display in showrooms across Australia. The GT V8 Convertible’s tailored roof can be deployed or stowed in just 19 seconds, with the car travelling at speeds of up to 50 km/h. This transforms it from a luxurious coupe into an open-top Grand Tourer at the touch of a button. Seven different fabric hood colours are available, including an authentic tweed finish for the first time. Bentley offers seven standard exterior bodywork colours, with an extensive palate of… Read more 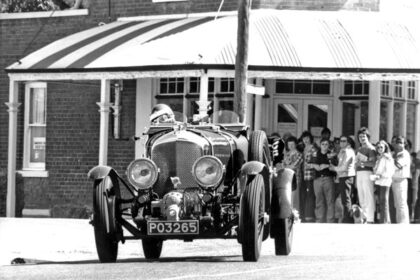 Although the Blower’ Bentley was a symbol of the excellence of British engineering and was, in its day, every boy’s dream racer, it was shunned by its designer, W O Bentley, a former locomotive engineer, who believed that engines were everything. If a car needed more power he believed it better to enlarge the engine rather than tune it for better performance. But due to this belief Bentley paid a heavy price for his love of massive powerplants. The chassis and tyres of his cars suffered from having… Read more 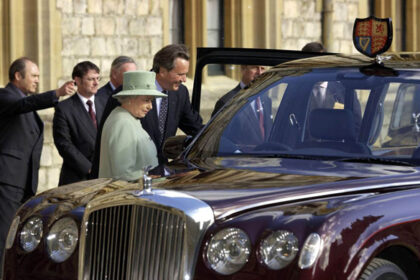 Watching the royal wedding and the arrival of the Queen in her special Bentley reminded me of an Opinion piece I wrote several years ago. It is repeated here for your enjoyment: One reason for writing a column voicing my opinions is find out what other people are thinking. Many agree with what I write, some disagree and say so, at times in quite a vehement manner. All of which is good fun. But I must admit to being surprised when I did an opinion piece some time back saying… Read more

Bentleys came to be regarded as the archetypal vintage sports cars following their many successes at Le Mans. Introduced in 1929 the 6.5-litre six-cylinder model was designed to give the marque a more prestigious, quieter performance model. On the 6.5-litre and the later 8-litre models the camshaft was driven by a system of coupling rods which were quieter than the shaft. In all other cars Bentley kept to the single overhead-camshaft layout until the time of his unsuccessful 4-litre model of 1931, by which point his company was on the… Read more 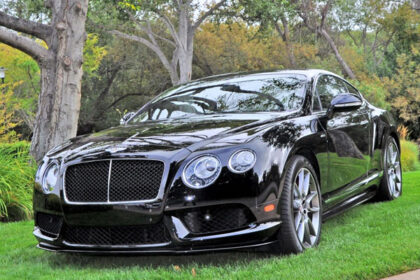 Black is the new black in the high-performance car arena, particularly in the upper echelons. The latest entry, the Bentley Continental GT V8 S Concours Series Black provided sensational grand touring for us over the past weekend. Bentley has a strong history in motor racing in the 1920s and ‘30s. Its comeback with a victory at the Le Mans 24-hour in 2003 gave the British engineers a taste for winning and Bentley’s are proving pretty handy in current GT3 racing, including competing in the most recent Bathurst 12-hour. So, engine… Read more

After my road test of a Bentley Mulsanne a couple of months back I finished with the following question, “Would I spend my own money on one? Yes, if I win the lottery, but only if there’s enough left from my winnings to buy something smaller and more suited to day-to-day driving. Ideally a Bentley GT.” So I’ve just spent a few days in a gorgeous looking Bentley Continental GTC V8 S to see if it would fit my day-to-day needs. The extra ‘C’ in the title indicates it’s a… Read more 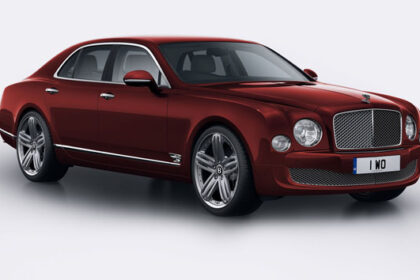 Automotive pieces of art like a Bentley Mulsanne are owned by those who demand nothing but the best and can afford to spend many hours on multiple visits to the Bentley centre fine tuning their exacting requirements from a huge range of options. On average this customisation results in an extra 500 hours in the factory while highly skilled craftsmen and women put their hearts and souls into giving you exactly what you want. Do I sound a bit over the top with these statements? Perhaps, but I’ve spent many… Read more