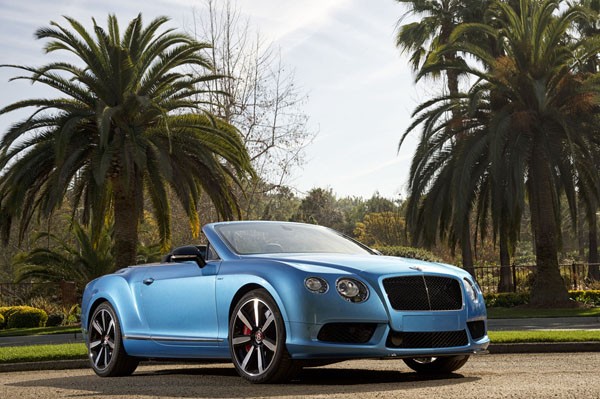 After my road test of a Bentley Mulsanne a couple of months back I finished with the following question, “Would I spend my own money on one? Yes, if I win the lottery, but only if there’s enough left from my winnings to buy something smaller and more suited to day-to-day driving. Ideally a Bentley GT.”

So I’ve just spent a few days in a gorgeous looking Bentley Continental GTC V8 S to see if it would fit my day-to-day needs. The extra ‘C’ in the title indicates it’s a convertible, the ‘S’ tells you it is a sportier version, with extra power and slightly firmer suspension. However, winning the million dollar lottery won’t get you into a Mulsanne plus a GTC. The total ask for the brace of Bentleys with the options we experienced comes to around $1.3 million.

Oh, and the ‘V8’ in the GTC’s title tells you it doesn’t have the 12-cylinder engine. Yes, this is the lower cost Bentley!

But enough of the price, we are paying a visit to a rarified financial strata that’s way beyond the understanding of us mere mortals. What about the car itself? 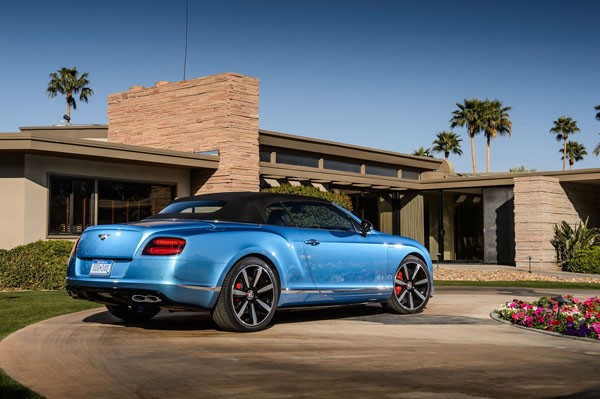 STYLING
Unlike most other prestige marques that have given their convertibles folding hardtops, the Bentley boys have stuck with tradition and used a soft-top. Naturally it’s power operated, using a electro-hydraulic setup. It’s offered in a wide variety of colours as, of course, is the body of the Bentley.

ENGINE / TRANSMISSION
Bentley Continental GTC V8 S doesn’t use the same, somewhat old-fashioned, six-and-three-quarter litre V8 as in the Mulsanne. Rather it has an ultra-modern 4.0-litre twin-turbo 388 kilowatt V8 based on the one used in some topline Audi models (these days Bentley and Audi are both part of the giant Volkswagen Group).

Torque is on tap from a mere 1700 rpm where it reaches a peak of a staggering 680 Newton metres. Meaning there’s grunt sitting waiting under your right foot virtually all the time.

The GTC uses an eight-speed automatic transmission. It has the sort of torque that demands it be engineered for all-wheel drive. SAFETY
The aforementioned all-wheel-drive system combines with huge brakes and the latest in electronic stability controls to ensure the best possible high-speed safety and security.

The mid-size Bentley was engineered from the start to provide top safety credentials and overseas crash testing has it registering very high marks.

DRIVING
The engineers have done an excellent job at not only making the GTC soft-top’s operation smooth and reasonably fast, but also in keeping the levels to almost the sort of ambience of the hardtop coupe.

It has three layers to help deaden sound and the inner layer is a soft fabric.

Dropping the Bentley GTC’s soft-top reveals an interior of the type that the British do so well. It’s all quality leather and timber, much of it hand-finished in the Bentley factory at Crewe, England. Bentley Continental GTC V8 S has a top speed, where conditions permit, of 308 km/h. But it’s not all about speed, this big Brit can dispatch huge distances with a minimum of fuss.

This is a large car, but doesn’t have much in the way of a back seat, four people can be carried but two plus a couple of kids works well enough.

The front seats are like tailored lounges and can be finished in a multitude of colours. We loved the dark grey pleated units on our test machine. Support is good but aimed more at comfort so there’s a tendency to slide about if you want to corner enthusiastically.

While cornering grip is high there’s no doubt that you are trying to nudge up against the laws of physics with over two-and-a-half tonnes of machinery.

The engine sounds great, with a throaty burble that will instantly bring a smile to all those with a love of high-performance engines of the V8 variety.

SUMMING UP
The Bentley Continental GTC V8 S is a most impressive piece of automotive engineering that has a real touch of British bulldog to it. At $446,000 it’s not cheap, but how do you put a price on prestige?