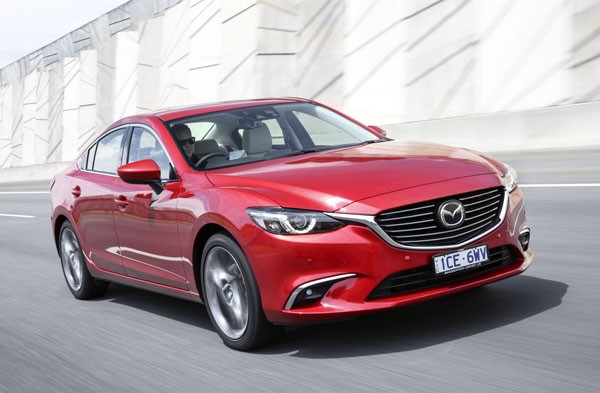 For those who think the current batch of mid-size sedans – Mazda6, Subaru Liberty, Volkswagen Passat – may be able to capitalise on the home grown Holden Commodore’s demise, Mazda has a word of advice: that trend has already started, and it does not include the mid-size segment car in any dominant form.

The question was asked of Mazda’s marketing manager, Alistair Doak at this week’s launch of the 2015 Mazda6. His response came out of left field. “Besides people coming into Mazda3 from other Mazda product, Holden Commodore is easily the most popular vehicle that people are getting out of into Mazda3,” he said.

With Mazda3 a major seller in the small car market, along with Toyota Corolla, the shift from large car Commodore to a car in the small car segment defies the logic buyers would come down one rung only to cars in the medium segment. No doubt former Commodore buyers have also hopped into medium and small SUVs, a segment that has been booming for almost as long as large car sales have been on the wane. 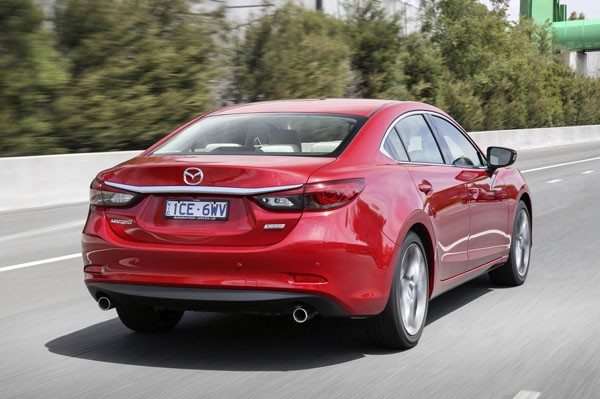 Mr Doak’s comments came as Mazda launched its upgraded Mazda6, the current model of which was released here in December 2012 as the company’s flagship passenger vehicle. Mazda6 is Australia’s second most popular car in the medium segment, the title of most popular held by Toyota’s Camry – a car that has significant fleet sales in addition to private buyers. More than 120,000 Mazda6s have found their way into Australian homes.

Mazda6 now comes in seven specification levels with a choice of petrol or diesel engines.

We will say one thing after driving the new Mazda6. Don’t limit your options to Mazda3 if you are downsizing. Mazda have made vast improvements to the model launched in 2012 that includes a vast improvement in noise intrusion into the cabin, a new front where the headlights resemble the eyes of an angry Bob Hawke, replacement of the conventional handbrake with a small electric park brake and changes to the instrument panel and centre console that give the interior a fresh appearance. 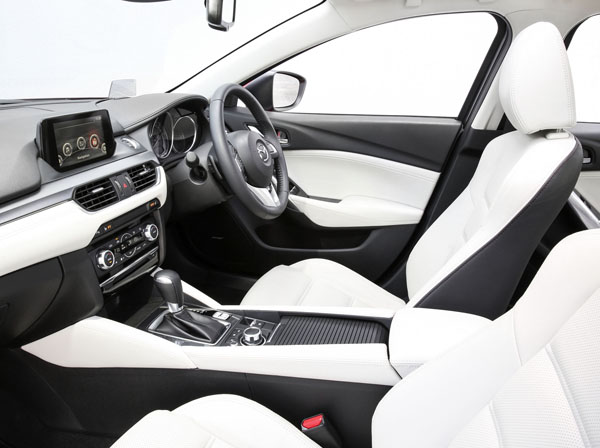 While mechanical components are unaltered the suspension has been tweaked with a new structure for the front and rear dampers and optimising bushing shapes for the lower front arms.

These changes are a lot more than cosmetic improvements and have a real world impact on the old model. Mazda claim a 10 per cent reduction in NVH (noise, vibration, harshness) on rough chip roads and 25 per cent on highways.

We found on the good and not-so-good roads around Albury the Mazda6 has NVH closer to an expensive European marque than any garden-variety Japanese car (not including Lexus and Infiniti) we have driven. A dramatic improvement over the previous model.

Changes to the suspension have also changed the car’s driving dynamics. It handles corners at speed with a flatter stance giving the driver more confidence in the car’s capability and improved passenger comfort. Once again we thought European marque as Mazda6 lapped up the sweeping bends.

We drove two sedan variants: 2.5-litre petrol GT and 2.2-litre diesel Touring Safety. Mazda6 comes standard with six-speed auto shifters. For our money the diesel is the pick of the two engines. It is quieter under load, has more torque and is less likely to drop back a gear on steep hills. It feels effortless doing work – acceleration or climbing hills – which the petrol engine audibly lets you know it is toiling to achieve.

Mazda’s MZD Connect infotainment system that includes internet connectivity has been added to Mazda6 as well as active driving display – a heads up screen that displays vital information such as speed meaning that the driver does not have to take their eyes off the road.

The new front is described by Mazda as bold, some would call it aggressive, but to us it looks intentionally angry because of the headlamps. We like it.

Mazda6 wagon was launched at the same time.