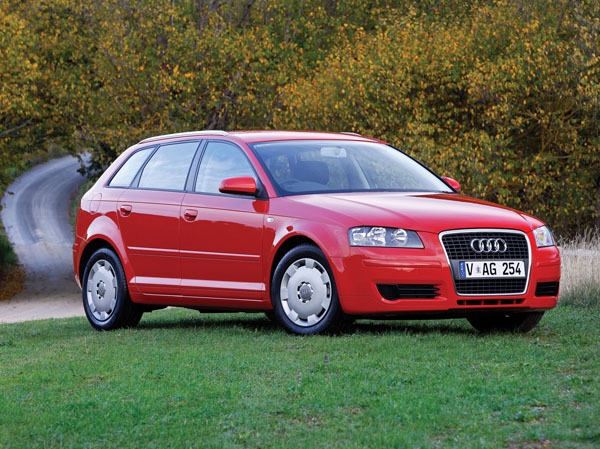 When launched in Australia in 1997 the Audi A3 opened a new era in upmarket German car design – that of semi-affordable luxury cars. Prior to the Audi A3 you had to spend upwards of $65,000 to get into one of the big German brands. The A3 dropped the starting price to under $40,000.

Many said that selling small cars would seriously harm the prestige ratings of the large expensive models. But Audi was proved to have made the correct decision and BMW and Mercedes-Benz began designing small cars.

The Audi A3 has the solid feel that’s very much part of the marque and quite a few older models are still on the used-car market.

Audi A3 sales were reasonably good in au from the May 1997 launch of the three-door hatchback. But didn’t really get up to full swing until the introduction of the five-door hatch (Sportback in Audi speak) in October 1999.

In Europe the Audi A3 is often used as a family car, but in Australia it’s more likely to be bought by singles or couples. Four adults can get comfortable in an A3, but two plus two children is a more practical load. Rear-seat access is in the three-door because the front seat design sees it move well out out of the way. Naturally, the five-door Sportback is obviously more practical if the rear seats are going to get a lot of use. 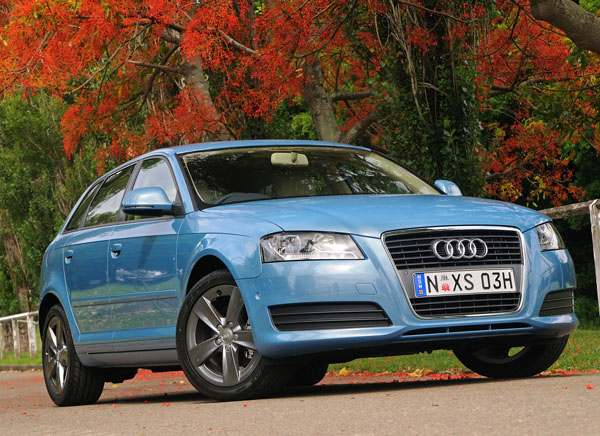 Two good sized suitcases can be carried in the boot of the hatches, together with some small bits and pieces. Tie-down clips secure the load in a crash or under heavy braking.

An Audi A3 two-door cabriolet joined the range in November 2007 and was an immediate success. Naturally, it’s not as big in the back seat as the hatches, but four standard sized adults can carried with a fair bit of compromising.

Handling is very good, though there is perhaps just a little too much understeer at the limit to suit the full-on driving enthusiast.

Engine choices in the original A3 were a 1.6-litre single-cam unit with two valves per cylinder and two 1.8-litre twin-cam models with the Audi trademark of five valves per cylinder (three intakes and two exhausts). The 1.8 came with or without a turbocharger, with the turbo engine tuned to give flexible torque and economy at low to mid-range engine speeds, rather than flat-out sports performance.

The second-generation A3 was launched in 2003 and ran through till May 2013 when gen-three arrived downunder. A makeover of the this has just been announced in Germany and will arrive in Australia late in 2016. 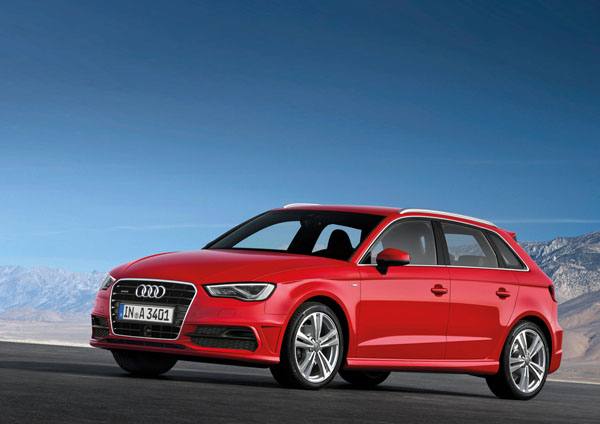 The Audi stylists have stuck with the original successful shape over the years. Differences are obvious when the three generations are viewed side by side but the timeless lines make for good resale value.

Audi S3 is a performance variant and Audi RS3 is a full-on hot-hatch with everything that means in the way of scintillating performance for those who know how to drive. And scary driving for those who don’t. Hint: do an Audi advanced driving course.

Engines come in petrol and diesel. Turbo-petrol units have come to the fore in recent years and are the pick of the bunch, to the extent that the upcoming MY17 A3 models will no longer have diesels as an option in Australia. We can’t see this having any effect on the pricing of existing diesels on the used-car market.

Most engines are four cylinder units. Audi’s interesting five-cylinder turbo-diesel sold from 2008 till 2010 is an interesting exception. A big capacity 3.2-litre V6 petrol quattro imported in 2004 and running through till 2010. It has a huge amount of get-up-and-go in a relatively small car like this one.

Power in most standard Audi A3 models is transmitted to the front wheels, the performance models have the company’s quattro all-wheel-drive system.

Audi has been on fire in the Australian sales race in recent years and the number of dealers has increased as a result. Naturally there’s a concentration on the major metropolitan areas, but dealerships are opening in major regional areas as well.

Check your insurance company about their attitude to the Audi S3 and RS3 variants. Some charge premiums that can add significantly to the purchase price of an older used car.

WHAT TO LOOK FOR
Uneven tyre wear, particularly at the front, probably means an A3 has been driven hard. This is more likely in one of the high-performance S and RS models, but check even the basic cars as A3s seem to attract press-on drivers.

Tyre wear may also mean one of the wheels is out of alignment after a crash, but a hard thump against a kerb can cause the same problem. If in doubt, get a professional opinion.

Make sure the engine starts quickly and idles smoothly even when it’s still cold.

If the engine hesitates under hard acceleration in older A3s there may be computer problems.

During your test drive check that an automatic transmission doesn’t hunt up and down the gears when climbing moderate hills with light to medium throttle openings.

Body repairs are most easily spotted by sighting along panels in a strong light to see if there are ripples in the metal. If there’s any doubt have a professional do a full inspection, preferably while the Audi’s up on a hoist.

Look over the interior and luggage area for signs of damage.

Note that the Audi A3 turbo-diesel is still under the cloud of the emission cheating scandal that applies to many Volkswagen Group vehicles. The advice given by Audi Australia is, “Until a technical solution is made available by Audi head office, customers do not need to take any further action. In the meantime your vehicle remains safe to drive. Audi Australia will contact owners of affected vehicles in writing. Customers who would like further information can contact customer support, open with extended hours on 1800 50 2834”.

CAR BUYING TIP
Cars used only in the city may have low trip meter readings, but have often done a lot of hard work. It’s the car’s condition that matters, not the distance it has travelled.