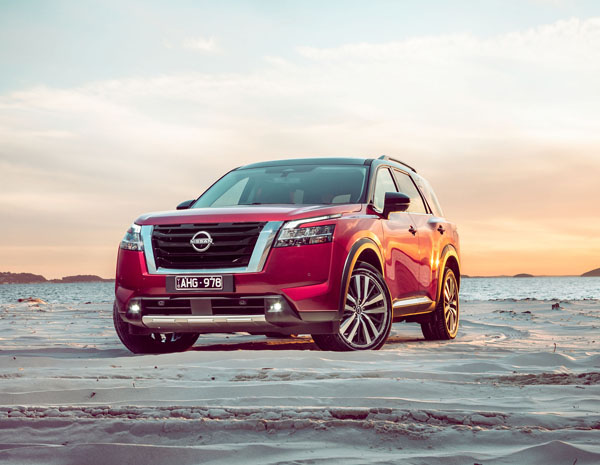 An all-new Nissan Pathfinder will go on sale in Australia in 2022. It will have many technology enhancements, an all-new nine-speed transmission, and a customisable seating configuration with either eight seats or second-row captain’s chairs.

The larger frontal design of the Pathfinder is intended to give it a rugged look. It has a V-motion grille with a three-slot grille incorporated as an homage to the original Pathfinder. Standard LED headlights include slim upper daytime running lights, and the C-pillar has a structural SUV look that allows the use of two-tone paint – a first for Pathfinder.

A total of 11 colour combinations will be offered, including four new two-tone treatments carefully designed to integrate into the overall design. New two-tone Scarlet Ember with Super Black Metallic brings a high-energy feel and is similar to the iconic red colour of the original Pathfinder. 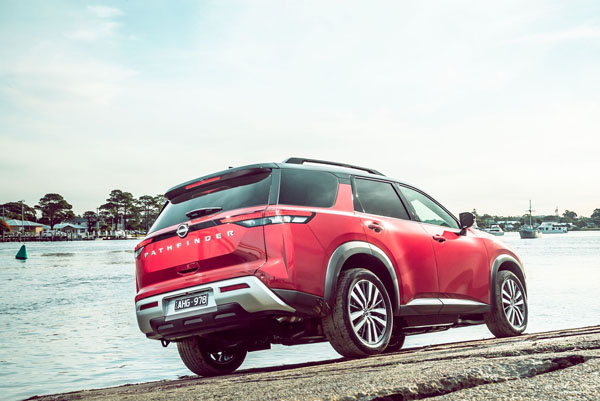 Nissan’s second-row EZ FLEX one-touch seating can now be utilised on both the driver and passenger sides, and the seat pitches farther forward to provide a wider opening from driver or passenger side – even with a car seat attached – allowing easier entry/exit to and from the third row. 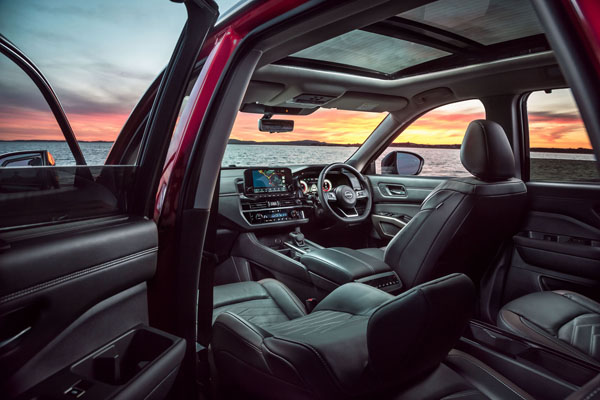 A digital Intelligent Around View Monitor has higher resolution and a wider image viewing angle than the previous analog model.