Mitsubishi Australia is on a roll at the moment, cleverly realising that pickup trucks are the flavour of the year. The company has virtually stopped all sales of sedans and is concentrating on pickups and SUVs. Hence this big makeover of the Triton ute / pickup.

After a briefing on the latest Triton a few weeks back we have finally spent a solid day behind the wheel. More about this in a moment, suffice to say it involved plenty of genuine off-road work.

Though not completely new Triton has received a major facelift. The front has what the Japanese company calls the Mitsubishi Dynamic Shield design. It works particularly well in a tough vehicle like the Triton.

Big bold bumpers add to the look and complete a bonnet that’s taller than before and incorporates extended, squared-off wheelarch flares that are built into the body rather than being added to it. The shape is repeated at the rear and the back doors have finally become squared off at their rear edges. 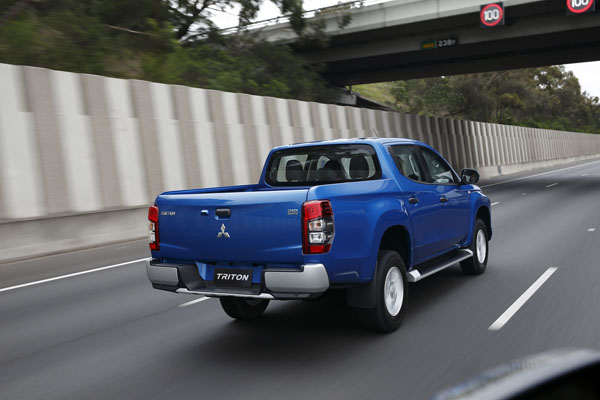 Inside, Triton has been given a higher quality look to appeal to private buyers. There are soft pad materials with stitching on the console, armrests and parking brake. Tradies seem sure to like the new interior as well, and it looks as though it will stand up to the same sort of harsh treatment that has been handed out to Triton for 40 years now.

Mitsubishi Triton has ladder-type frame. It is sold in cab-chassis, single-cab, extended-cab and dual-cab bodies. With the latter likely to be the biggest sellers in the current market.

It continues to use the familiar 2.4-litre turbo-diesel engine which has received minor revisions to make it suitably smooth for a passenger vehicle. 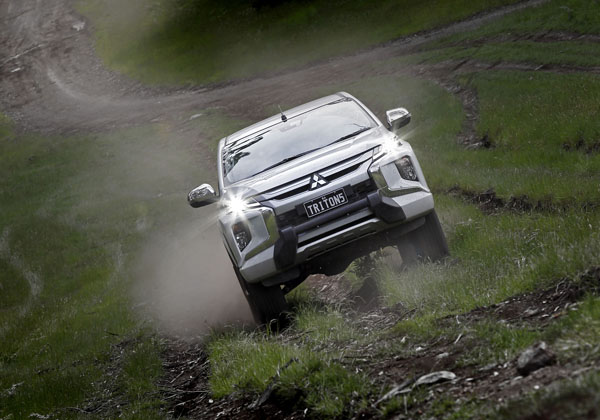 Transmissions, manual and automatic will have six forward gears. The auto is a new advanced design. Drive goes to the rear wheels only or, in the majority of models, to all four wheels.

New Triton 4WD models are fitted with either Mitsubishi’s Super-Select 4WD, or Easy-Select 4WD. Both 4WD systems use a new Off-road Mode which has Gravel, Mud/Snow, Sand And Rock (in 4LLc only) settings.

Braking has been improved with the fitment of larger front discs and calliper pistons.

Mitsubishi Australia has put a lot of emphasis on passive and active safety in the Triton. The topline models – the GLS and GLS Premium – have features normally only found in midrange to upmarket passenger cars.

The Triton’s interior is spacious, with comfortable bucket front seats and good legroom in the rear. As is often the way the centre-rear seat is hampered in foot space, but is otherwise fine. Mum, Dad and three teenagers will probably work, but get the smallest of the kids to check that centre seat. 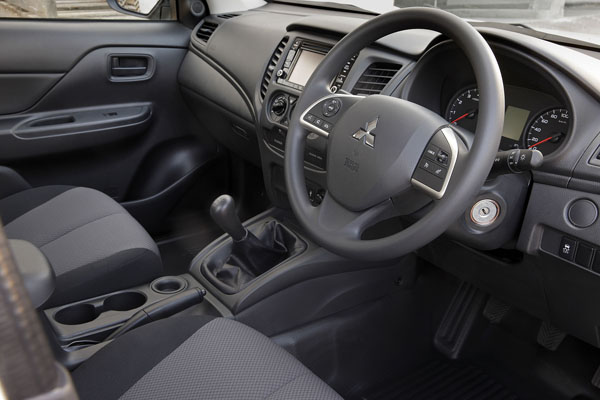 DRIVING
After taking a charter flight from Hobart to Queenstown to pick up our Tritons GLS and GLS Premium trucks we set off up Mount Darwin on a genuinely challenging route with magnificent views. The track would have troubled people on foot in places, with rutted wash-aways, deep ruts, tight bends and large rocks that had been dislodged by previous 4WDs.

Triton did scrape the landscape and bushes on occasions and the typical owner may have been nervous about damage to their vehicle. So be it … if you want to really use an SUV pickup in the conditions it was aimed at you’re going to have to do a bit of cutting and polishing afterwards. And get the aforementioned teenagers to join in the reparations.

The Triton has the ability to do a lot of the traction control work by itself, particularly on steep downhill sections, where you can here brakes being dabbed on individual wheels to keep the vehicle under control and down to the correct speed for the situation. 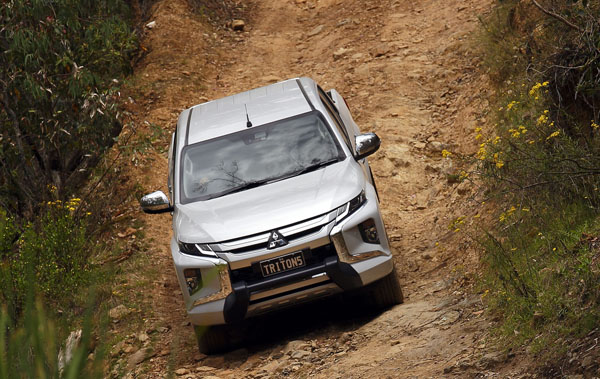 After a delightful lunch at Strahan we took the Tritons to Ocean Beach. Getting there was a real challenge. Though we used the Sand setting on the driveline there were places we really had to rush harder than we would have liked just to keep the Mitsubishi moving up the slopes of the dunes. This resulted in scraping through tight areas that didn’t do the paint a lot of good.

Once onto the beach the sand was almost as hard as a sealed road and we were able cruise for a long way in 2WD just for the fun of it. We then visited Hells Gate, a harsh area on the Gordon River.

All-in-all a great day and a real change from some the so-called drive programs we have done at launches of other SUVs and pickups. There have been times when we didn’t even drive on a dirt road, let alone off-road.

Well done to the guys and gals who set everything up for us.