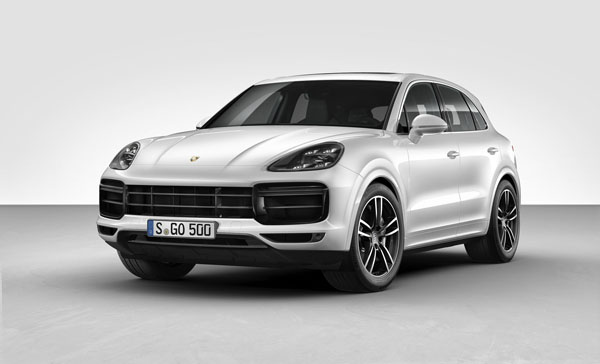 Where else would Porsche hold the world premiere of its all-new third-generation Cayenne Turbo than at its home motor show, the IAA at Frankfurt? 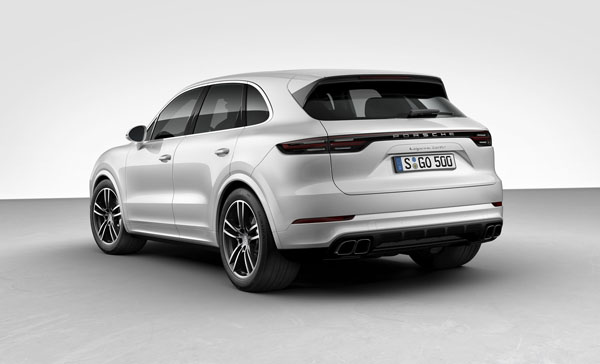 The turbochargers sit inside the cylinder V, permitting shorter exhaust paths between the combustion chambers and the turbos give faster response. This layout enables a lower installation position, so the centre of gravity is lower and therefore the cornering precision is higher.

Cayenne Turbo has 21-inch Turbo wheels in widened wheelarches with painted trims. The twin tailpipes, specific to the Turbo, are the key distinguishing features of the rear end.

New Porsche Cayenne Turbo is the first SUV to have an adaptive roof spoiler as part of its active aerodynamics. Depending on the position of the spoiler it increases downforce on the rear axle. In the airbrake position it shortens the braking distance from higher speeds. At full braking from 250 km/h, the Cayenne Turbo comes to a stop up to two metres shorter. 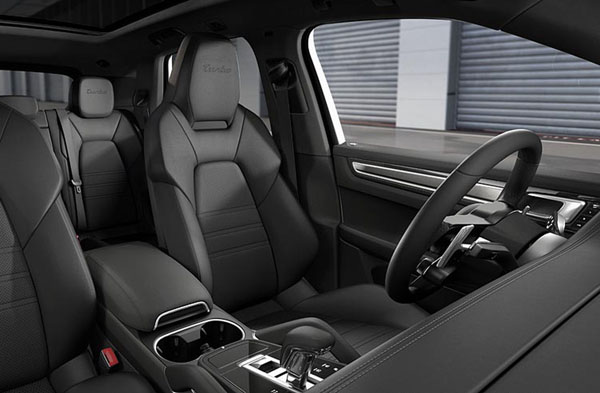 The third generation of the Porsche Cayenne Turbo is available to order now in Europe. Information in this news report relates to the European model only.