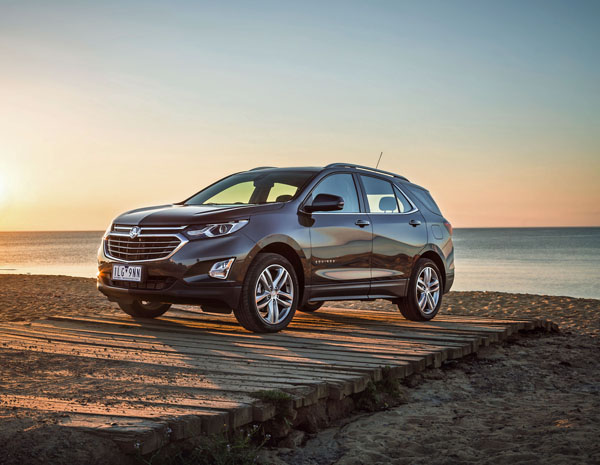 Holden has released pricing and further details of its new Equinox SUV, the model that’s replacing the ageing Holden Captiva in December.

Equinox is an all-new vehicle developed by GM-Chevrolet with significant input from Australian GM-Holden engineers going back almost to the earliest stages of the design.

This medium-large Holden will be powered by a 1.5-litre four-cylinder turbo-petrol engine producing 127 kW and 275 Nm; or a 2.0-litre turbo-petrol 188 kW and 353 Nm. These will be available at the launch of the Equinox in December.

The turbo-diesel won’t come till a date yet to be set in 2018, details will be provided later.

Front and on-demand all-wheel drive (AWD) powertrains will be offered on the Equinox. 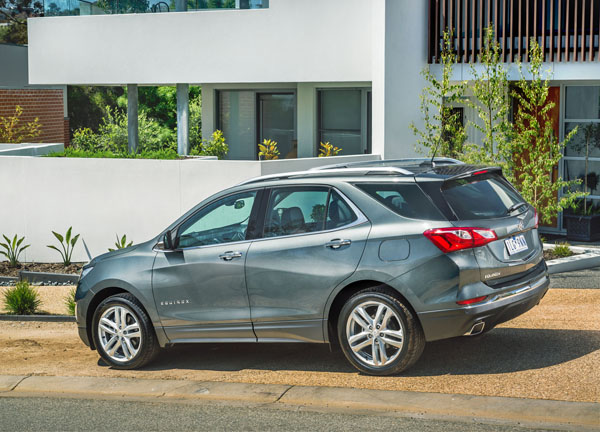 INITIAL DRIVE IMPRESSIONS
A few months back we had a series of drives at Holden’s Lang Lang proving ground in southern Victoria. We were in a ‘captured test fleet’ (CTF) Equinox. It has been built on the assembly line and was an almost 100 per cent accurate depiction of the finished product

The CTF Equinox had the nine-speed automatic transmission and we came away impressed by the short turbo lag, smoothness and the seemingly endless array of gear ratios.

Australian suspension and steering tuning has been extensive and on our short road test routes on sealed and dirt surfaces Equinox certainly felt just the way Aussies like it.

Steering is electrically assisted and the Aussie-spec Equinox will have torque vectoring to further improve handling.

Electric upper and lower grille shutters improve aero efficiency, whilst opening to provide maximum cooling in the heat of the Aussie outback in summer. 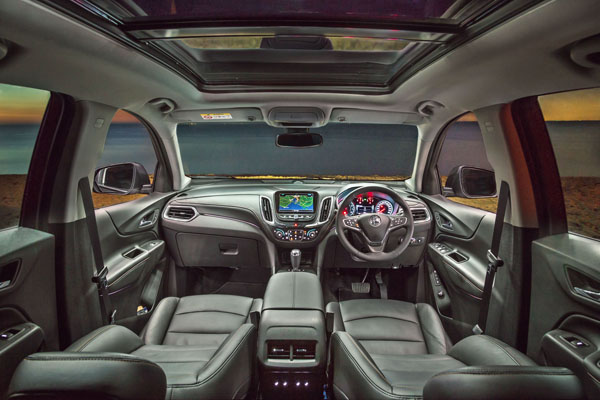 MEDIA LAUNCH
We have been invited to the Australian media launch the new Equinox late in November and will report on it after a comprehensive drive program – hopefully one that involves both on- and off-road driving.