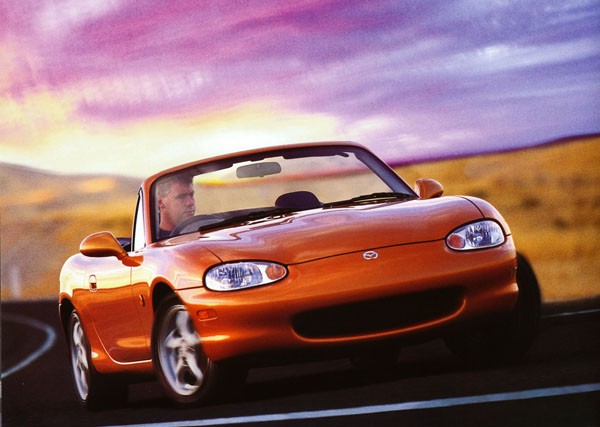 Mazda’s MX-5 sports car is one of the major automotive success stories of the late 20th century. This pretty little Japanese roadster single-handedly re-ignited interest in a market segment which many thought had ceased to exist in the 1970s.

Small, relatively-affordable, enjoyable open-top cars had been around since the dawn of motoring, with makers such as MG, Lotus and Porsche achieving almost mythical status. But it looked as though safety legislation and an increasing seriousness among straight-laced buyers had killed them off. 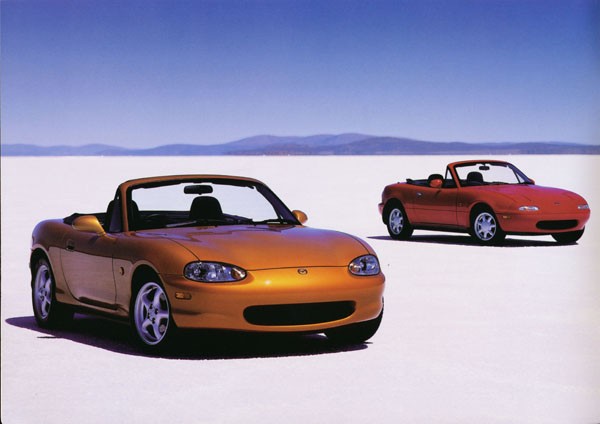 Mazda product planners in the mid 1980s were smart enough to realise buyers were becoming bored with look-alike passenger cars – and that the ‘baby boomers’ were transforming into ‘empty nesters’ and becoming increasingly affluent.

The result was the Series I Mazda MX-5, which was launched in Australia in October 1989. It was an instant sales success here and overseas, leading to huge waiting lists and a thriving black market in sales of near-new cars.

Imitation being the sincerest form of flattery, Mazda was tickled pink when companies such as BMW, Mercedes-Benz and  Porsche came out with similar vehicles. The biggest thrill of all must have been when the MG nameplate was revived and the new/old British maker came out with an MX-5 style roadster.

Several improvements were made to the original MX-5 over the years, most noticeable being the introduction of a larger engine (1.8 as against 1.6 litres) in November 1993.

March 1998 saw the launch of the Series II Mazda MX-5. Though based on the underbody of the superseded model it has so many changes as to virtually make it a new car.

With prices ranging from just $39,800 for the soft-top manual to $45,106 for the hardtop automatic, the new Mazda MX-5 is great value, being cheaper than the model it replaces, despite having more equipment and higher levels of roadholding and safety.

The latest MX-5 body, with the exception of the windscreen and its pillars is all new, though the designers have been wise in retaining many similarties with the much loved original. 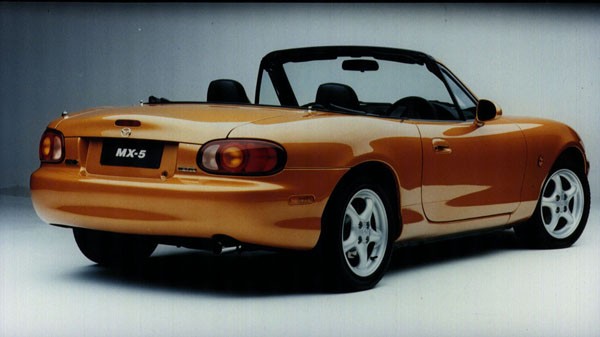 The biggest change is the use of exposed headlights in place of the pop-up units used previously. These alter the character of the car somewhat and don’t please all lovers of the old model. There have been few complaints about the rest of the restyle, everyone liking the lower, sleeker effect.

Thanks to having a bigger boot the MX-5 is now able to carry a golf bag. It also has a larger glovebox, more interior stowage and more space in the cabin.

A pair of snug fitting seats hold occupants like tailor-made gloves, which is just as well because the new car has even higher levels of road grip than the old. This is the result of body strengthening to give a more rigid platform for the suspension, as well as changes to the suspension angles and mountings. 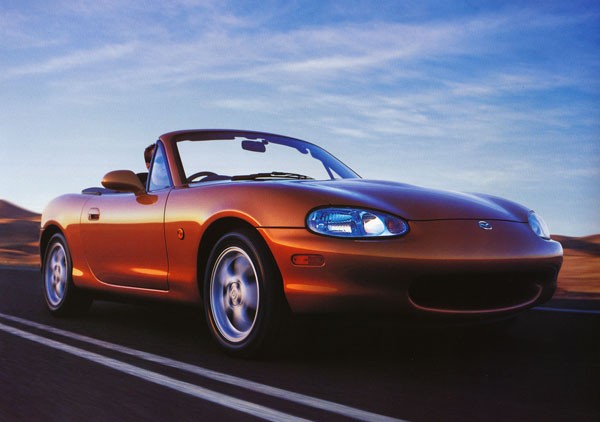 This little roadster just grips and grips, seemingly no matter how hard you toss it a bends. It does so in a most controllable fashion with fast turn-in, a beautifully precise feel through the steering wheel and the ability to dart through fast changes of direction with ease.

Look at the face of an MX-5 driver in a hurry and you are sure to see a smile!

Power comes from a modified version of the four-cylinder engine as before, but its power has been slightly increased. At the same time the torque graph was flattened to give more effort for long uphill stretches. 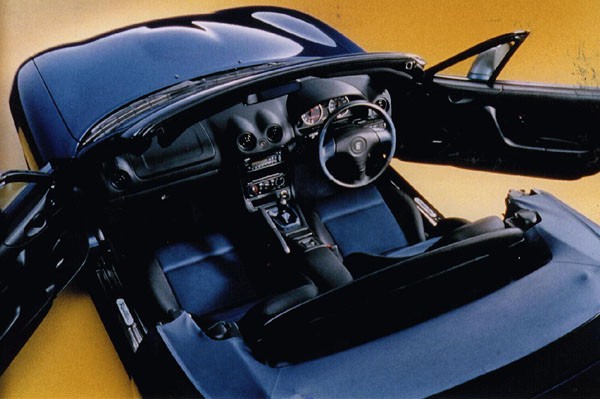 The engine uses a twin-cam cylinder head with four valves per cylinder. Its
maximum power is 106kW at 6500rpm, with its best torque being165Nm at 5000rpm. These are far from startling figures so the car has adequate rather than exciting acceleration.

Always one of the best features of the old Mazda MX-5 was its gearchange, it seemed impossible to improve – yet has been. It is a sheer joy to use and compensates for the fact the engine isn’t the most powerful in its class.

All manual cars imported to Australia have a five-speed unit. A six-speed, close-ratio manual ‘box is offered in Japan and the USA but not here at this time. There are no plans for its importation, but if sufficient buyers make the right noises the importers may revise that decision.

A four-speed automatic transmission is offered for those who don’t want to make their own decisions about which gear to be in.

The new Mazda MX-5 looks set to carry on the sales success of its honourable ancestor. Improved in many ways, but still carrying the wonderful character of the original, it offers a huge amount of driving pleasure at a most moderate price.