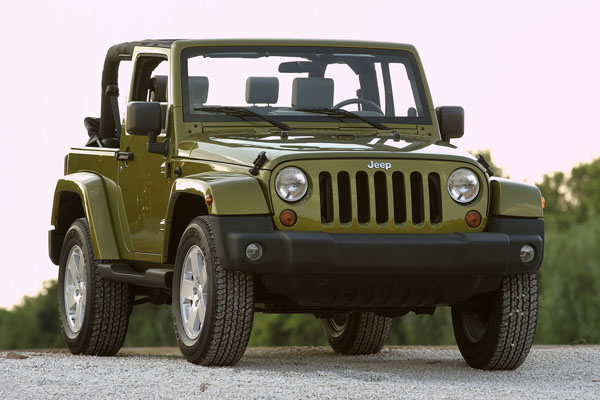 Jeep Wrangler is a genuine 4WD, that can take you off-road to places that would damage
and/or strand just about anything else. Jeep was sold for many years Downunder
anticipated the rise of the on-road appeal to those wanting a competent station wagon, not
simply a rugged off-roader.

So, in the JK model, sold from February 2007 the Jeep Wrangler is more aerodynamic,
quieter and more stable than its predecessors. These are the models we are surveying in
this used-car feature.

It still retained the ability to fold the windscreen flat despite the fact that it’s not quite flat.
The doors can be removed to make it even more enjoyable when you want to enjoy the
feeling that you’re surrounded by nature.

Prior to the JK Series all Wranglers had two doors, then a somewhat awkward-looking
four-door, titled the Wrangler Unlimited was introduced. However, the longer body and
stretched wheelbase of the Unlimited means it’s not quite so handy in rugged off-road
driving.

Ride comfort could be better, which appeals to many buyers, but it’s smart to have all
prospective passengers feel it for themselves as part of your pre-purchase test drive. 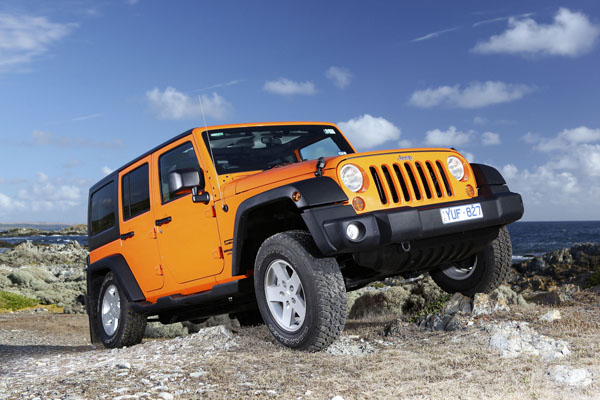 Handling is OK, though the steering is pretty vague in a straight line. This isn’t the sort of
vehicle you toss at bends so keep a Wrangler within its limits or it could bite you. Later
models have some electronic aids to help you stay out of trouble.

Both powerplants utilise a six-speed manual gearbox, while the diesel’s five-speed
automatic goes two better than the petrol’s four-speed auto transmission by offering an
extra gear as well as an alternate second gear ratio according to whether the vehicle is
changing up or down, for smoother and more efficient progress.

For many years Jeep power came from an old-style 4.0-litre straight-six. It was finally
replaced by a modern 3.8-litre V6 with the introduction of the JK series. A four-cylinder 2.8-
litre turbo-diesel was introduced at the same time.

The 3.8-litre was superseded by a 3.6-litre V6 as part of an overall makeover of the JK
Series at the start of 2012. It has considerably more power and torque than the older unit
and the torque comes in nice and low.

The turbo-diesel was revised at the same time to trim consumption and also to increase
torque. Note that torque is lower on the automatic transmission than the manual, probably
because the auto could handle the extra grunt.

Quite a few Wranglers have manual gearboxes as vehicles like this appeal to ‘real’ drivers.
However, automatics became more popular as people who have never driven a manual
chose them.

In November 2016 Jeep celebrated the 75th anniversary of the what they called the “car
that won a war” with several special editions, including one for the Wrangler. These are
worth keeping an eye out for as they really do look the part and are an important part of
automotive history.

Spare parts prices are generally reasonable and we haven’t heard too many complaints
about availability. 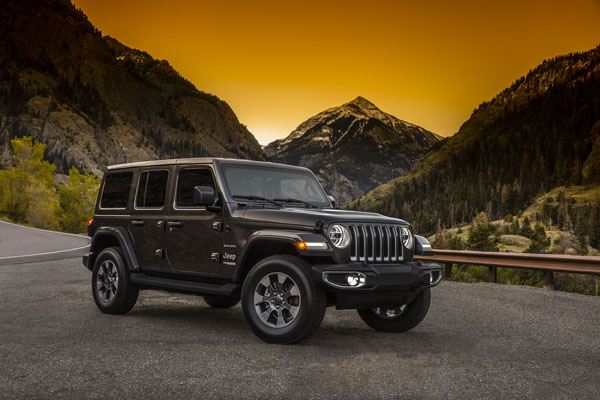 Working on the Wrangler is easy as there is plenty of underbonnet space. As usual we say
don’t tackle anything other very minor items without a workshop manual. And leave all
work that can safety to the professionals.

Insuring a Jeep doesn’t normally a problem unless you have a poor claims history, when
you might find that some companies are reluctant to take you on. Prices don’t vary a great
deal, but it’s always worth shopping around.

WHAT TO LOOK FOR
Be wary of one with jacked up suspension, huge tyres, lots of driving lights and other
macho stuff. These modifications may have been poorly engineered and can cause
serious problems later.

Dings and dents probably mean the Jeep has been used the way its maker intended –
which may not be what you are looking for.

Check the bumper corners, the doors, the sill panels under the doors and the underside
bash plates for damage.

Look at the seats, carpets, door trim and luggage area for signs of hard use. This sort of
damage can be expensive to repair/replace

An automatic transmission that’s slow to go into gear could be nearing overhaul time, but
most are rugged enough and should still have plenty of life left in them. Still one to refer to
a professional inspector though.

Listen for crunches on fast downchanges in manuals, and for a reluctance to change into
fifth gear on older units.

Check that the high/low transfer box isn’t too hard to move when engaging low range. It
will be stiff, but too-stiff may mean problems.

CAR BUYING TIP
Want to buy a serious off-road 4WD that’s never been off-road? There are plenty of them
out there and they could be in very good condition.