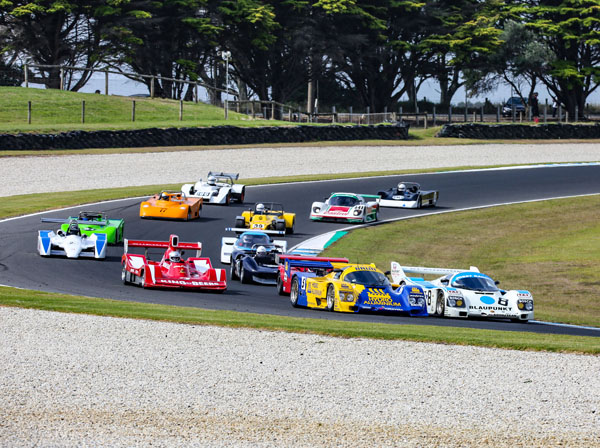 Over the long weekend of March 11-13, the Phillip Island Classic ‘Festival of Motorsport’
will again become a major Victorian attraction at the Phillip Island Grand Prix Circuit with
more than 400 spectacular historic vehicles from the early 50’s to the late 80’s racing.

Organisers of the event, the Victorian Historic Racing Register (VHRR), supported by long
time sponsors, CoolDrive, Penrite and Shannons, have confirmed that along with the 400
entries for the three-day event there will be some 240 entrants practising at the Island
Grand Prix Circuit on the Thursday this year under the direction of the VHRR.

Throughout the weekend there will be a series of special races including a commemorative
race for the XUI Holden marking the 50th Anniversary of motoring legend Peter Brock’s 1st
win at Bathurst in 1972. Special guest, Bev Brock, will be at the circuit to present the
trophy to the winner of this event.

Two feature races will be held on the Saturday for Q & R Racing and QR Sports
categories including Guido Belgiorno-Netti’s spectacular 1985 Ferrari 156/86 F1.

Feature races over 12 laps on the Sunday will include Q & A Touring cars, Group S Sports
Cars and Touring cars over 2 litres. Australian Champion Larry Perkins will race against
son Jack for the first time in the Super Special in a capacity field of 30 cars.

Some 56 Formula Fords will also grid up for two feature races on the Sunday to compete
for the Perkins Cup.

The weekend promises to be a welcome return to exciting racing in what is regarded as
the largest historic racing event in the Southern Hemisphere with past and present
champions of the sport.

Tickets for the weekend of spectacular historic motorsport will be available at the circuit
gate.