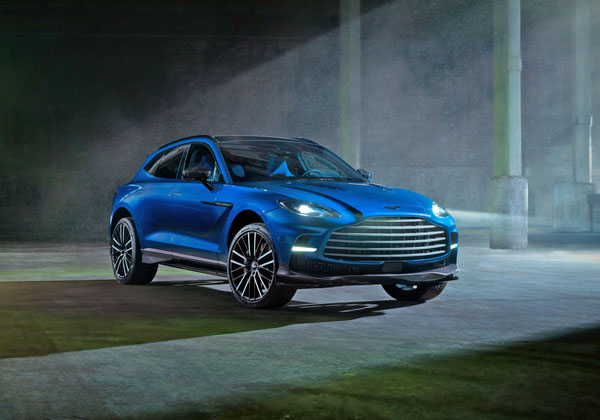 Aston Martin CEO, Tobias Moers, said of the DBX707: “Right from its first introduction the
DBX has represented Aston Martin’s dynamic and design values in a way that proves not
all SUVs have to conform to the same compromises. With the DBX707 we have pushed
the boundaries in every area to create a car which sets new standards of performance and
desirability. The fastest, most powerful, best handling and most engaging car of its kind, it
propels Aston Martin to the pinnacle of SUV performance”.

The DBX’s 4.0-litre twin-turbocharged V8 features ball-bearing turbos and a bespoke
engine calibration to produce 707PS and 900Nm. That means increases of 157PS and
200Nm over the standard DBX V8. 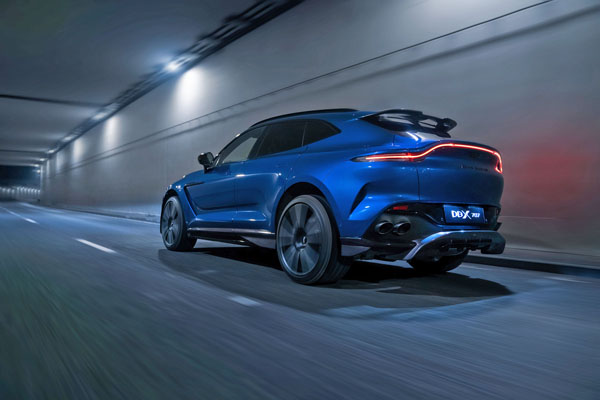 Wheels are 22-inch and offered in a choice of Sport and Ribbon designs. There’s the
option of 23-inch with a choice of textured black or satin black with diamond turned
highlights.

We are told the 23-inch wheels also bring dynamic benefits, with improved steering
response, better primary body control – and improved lap times should you care to
participate in track days.

Torque distribution front-to-rear remains fully automatic, with the ability to send up to 100%
of the torque to the rear axle on demand.

Enhancements to the Dynamic Drive modes include Race Start which is available in GT
Sport and Sport+ modes to maximise off-the-line acceleration. Revised active logic in the
all-wheel drive system transfer case achieves greater harmony and precise control
between the driveline and the ESP system, for a more natural, sports car-like driving
experience.

Sport seats are standard, Comfort seats are available as a no-cost option. All seat options
come with 16-way electric adjustment plus heating in front and rear as standard. 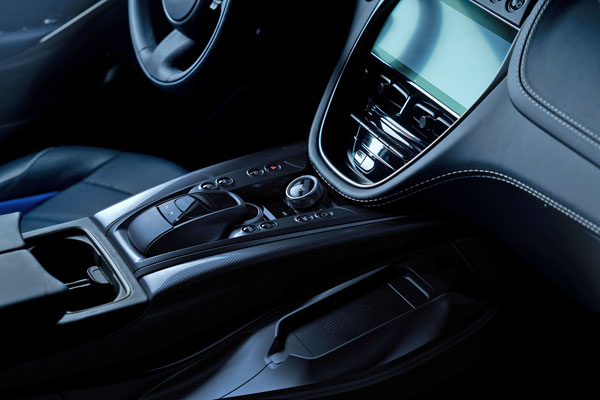 Aston Martin says: “As the flagship model in the DBX range, the DBX707 is poised to
continue the multi-award-winning achievements of Aston Martin’s first SUV, which has
achieved more than 3000 sales in its first year of production and scooped a host of
accolades. These include ‘Best Luxury SUV’ at the GQ Car Awards, Top Gear’s ‘Super
SUV of the Year’ award and back-to-back wins in PR Arabia National Auto Award ‘Best
Super Luxury SUV’ category.”