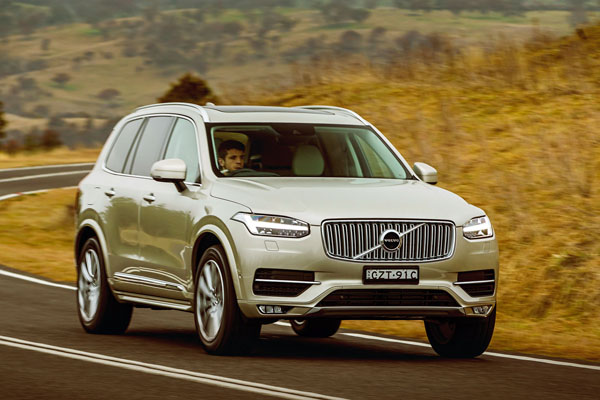 The Volvo XC90 is a large SUV with excellent interior space and a strong feeling of Swedish style it its interior and there’s a big emphasis on space and comfort.

A practical feature is large areas of plastic protection strips to protect against damage caused in tight carparks. They are also useful for squeezing through narrow bush trails.

The centre seat in the second row can be moved forward until it almost touches the two front seats. This brings a young child within easy reach of the two front occupants. The seat even has a built-in child seat that can be lifted in a few seconds.

With the exception of the driver’s, all seats can be folded flat making it suitable for carrying long items such as ladders and surfboards.

A special model, the XC90 Excellence comes with two individual seats in the second row give it a limousine like interior. It’s only been on sale since mid 2018 and we’ve yet to see one offered on the secondhand market, but is certainly worth hounding down if you want something out of the ordinary.

Power is provided by petrol or diesel engines as well hybrids. Volvo’s Polestar high-performance division got together with the XC90 engineers to produce a 420 horsepower, 680Nm petrol-electric hybrid. This takes on the high-performance versions of the luxury German and British marques. It can startle owners of cars in traffic-light grands prix who turned their noses up at Volvo wagons – until they were left on the dust.

Electronic traction controls were there from the start of XC90 production; including a program that helps resist vehicle rollover. The later the XC90 model the more safety features are incorporated. 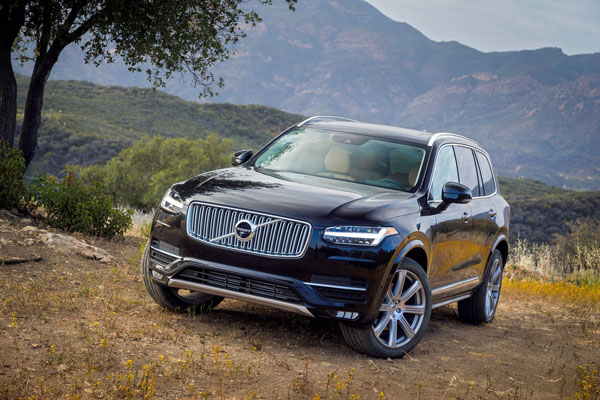 Check on insurance costs as there’s a bigger than average spread in premium charges. As always when doing comparisons make sure you’re doing a like-for-like survey.

WHAT TO LOOK FOR
Very few XC90s are taken off-road but if you do come across one with scratches on the lower bumper corners and the door sills it has probably belonged to an adventurous family.

Engine oil and filter changing is important on any turbocharged engine, check the service books.

Ideally the work should have been done by an authorised Volvo dealer, but there are some high quality specialists who understand the vehicle well.

Listen for suspension noises, especially on rougher roads, there’s no need to find a dirt road for this. Sadly, many suburban roads will suffice.

Very few XC90s are taken off-road but if you do come across one with scratches on the lower bumper corners and the door sills it has probably belonged to an adventurous family.

Look over the body for signs of damage or crash repairs. Mismatched paint, ripples in panels when viewed end on, and paint spots on glass, badges and other non-painted areas are easy to spot.

CAR BUYING TIP
When thinking of buying a used car try wandering around not only dealers yards but also carparks. The latter let you see the sort of dings and dents and to seem to happen to special makes and models.