Volkswagen Passat is a medium-large car aimed at those looking for a solid machine that should stand the test of time. Stylish it’s not, but that’s the way VW does its shapes, intending them to be timeless. There’s an exception in the Passat range, see the upcoming notes on the model tagged the ‘CC”.

Passat shares quite a few out of sight components with upmarket Audis as that prestige marque is controlled by the Volkswagen Group these days.

In the earlier days almost all Passat imports were four-door sedans but five-door wagons were offered from 1998 and have been a popular choice because their squared off rear end makes for a practical load area. 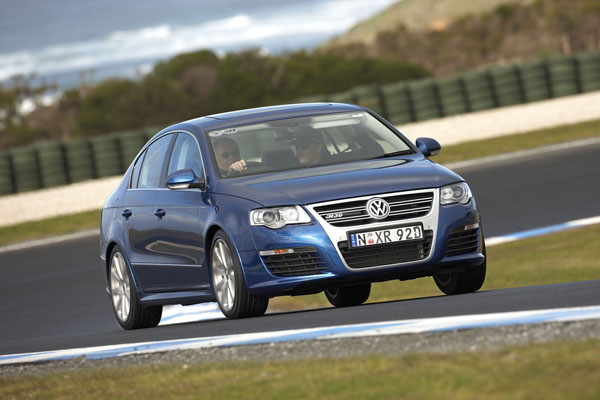 An interesting new style called Passat CC was introduced in February 2009. Virtually a four-door coupe the sleek Passat CC targets those who seldom use the back seat for adults, but who do want the convenience of rear doors. The back seat is reasonably comfortable and is certainly much better than that of the typical two-door coupe.

When the latest CC was introduced in June 2012, the marketing guys removed ‘Passat’ from its name and it’s now simply the ‘CC’. Don’t forget to check out both names if you’re doing an online search. 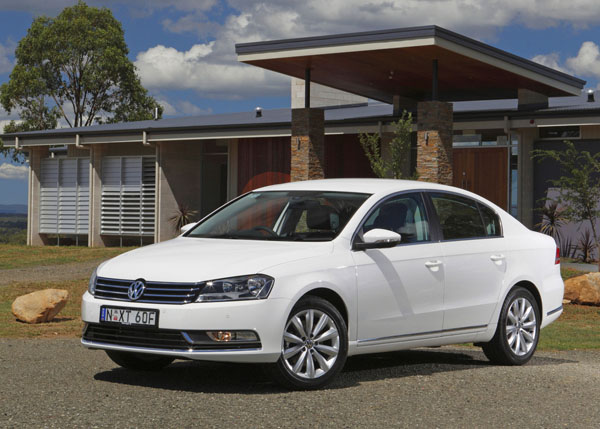 Engine options show a fascinating variation, with four-, five-, six- and eight-cylinder layouts. The V5 and V6 use an interesting design with a narrow-angle V which enables it to run one cylinder head covering both cylinder banks.

Though smaller engines aren’t always accepted by Australian buyers, even the four-cylinder Passats have enough performance for many buyers. Many of the later petrol – and all diesel – Volkswagen engines use a turbocharger to generate significantly extra torque.

Volkswagen started a strong push on turbo-diesel engines in Australia in 2006 and these days the company often sells more diesels than petrols downunder.

A four-speed automatic was used in the pre-1998 model, followed by a five-speed unit with tiptronic manual overrides. The forward ratios were increased to six with a DSG installation from 2006, and to seven forward ratios from early 2010.

For the revhead, Volkswagen imported the Passat R36 from June 2008. R36 has a 300 horsepower engine, all-wheel drive and is sold in both sedan and wagon bodies. We find the wagon a particularly potent machine.

Insurance is generally not expensive but make inquiries from a number of companies as there can be quite a difference in premiums.

The Volkswagen dealer group has grown markedly in Australia in recent years and the company is now represented in most population centres of significant size.

Passat is a relatively complex machine in the modern manner, but a competent home mechanic should be able to do a fair bit of work on it. Always have a workshop manual on standby – and leave safety related items to professionals.

WHAT TO LOOK FOR
Look over the condition of the interior in case the Passat has had a hard life. It’s not common in a car like this, but can happen and rectification can be expensive.

The engine should start within a second of the key being turned and should settle into a steady idle within seconds.

CAR BUYING TIP
‘Big cars for a big country’. It may sound corny these days, but it really does apply if you’re doing a lot of work on country roads, particularly those that have seen better days.