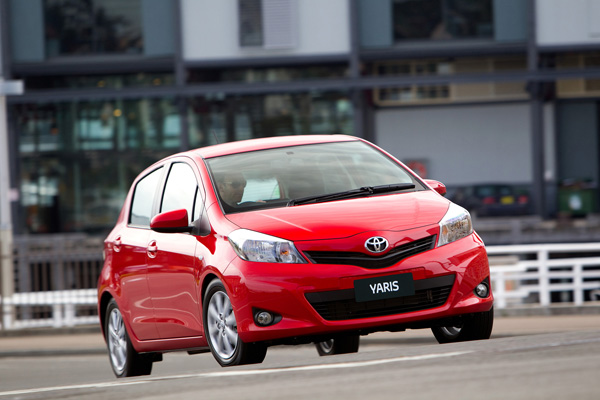 Toyota Yaris is the smallest model from the Japanese giant that’s sold in Australia. It’s one
of the top sellers in its class so there are plenty on sale at any one time. Use this to your
advantage by picking and choosing between those on offer.

Yaris was introduced to Australia in 2005, in this review we are looking at the second
generation that went on sale here in October 2011. It’s significantly larger and more
refined than the ’05 model.

The great majority are five-door hatchbacks, a three-door hatch was offered at one time
but was pulled off the new-car market as buyers like the convenience of back doors, so
imports ceased in 2014.

A four-door sedan was discontinued with the introduction of the gen-two. However, Toyota
kept the gen-one sedan on sale alongside the gen-two hatch for a while.

Yaris’ boot is on the small side as this is the area that suffers in the people/luggage
compromise in most small cars. Check for yourself early in your pre-purchase stage as
individual needs vary greatly.

Some suspension tuning was done in Australia by local and Japanese engineers to suit
local tastes. But sensibly there’s a leaning towards comfort ahead of sportiness. Which is a
good thing as it’s unlikely many will have been thrashed by keen drivers.

Having said that, there’s a semi-sporty model, Yaris ZR, that might be worth chasing if
you’re looking for something more to your taste. 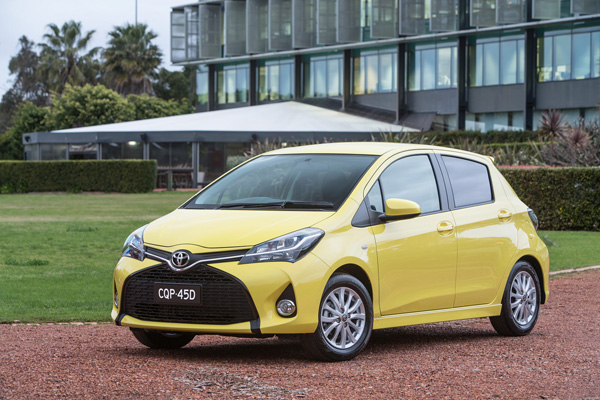 Safety is advanced, with even the oldest models being examined here having electronic
aids to help keep drivers out of trouble. This further improved in stages, with the facelifted
2014 and 2017 models being up with those in much more expensive cars.

March 2017 saw Yaris getting another facelift and tail tuck that squared off its shape to
bring it into line with its larger brothers.

A good home mechanic will be able to do a lot of the work that doesn’t affect the safety of
the car. Underbonnet room is understandably tight so expect some frustration and
bloodletting.

There are Toyota dealers all over Australia, even in very remote regions. Outback dealers
may not have parts in stock for the Yaris so you may have to wait for them to be freighted
up from the city, something that usually only takes a couple business days.

Spare parts are pretty reasonably priced and we have never heard any real complaints
about availability.

Insurance costs are generally good and there doesn’t seem to be a great variation from
company to company. Nevertheless, it’s still smart to shop around, always make sure
you’re doing an accurate comparison. 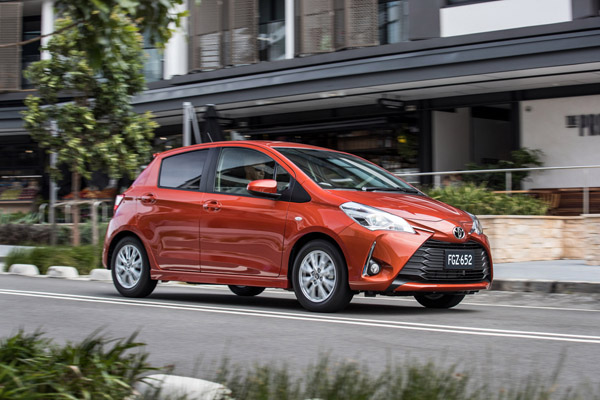 WHAT TO LOOK FOR
Sun fading on the interior trim is likely to mean a car has spent most of its life parked
outdoors.

Look over the interior of a car and boot for damage caused by careless kids.

Check for damage to the body or signs that it has been repaired. Looking sideway along
the panels will show up ripples if the work hasn’t been done correctly.

Look for damage to the webbing of the lower-rear seat belts.

Toyota seems to have brake fluid leaks on disc brakes from time to time, the Yaris is no
exception. Have it repaired immediately as fluid on the discs drastically reduces
effectiveness.

Manual gearboxes should be smooth and quiet in operation and not crunch when
changing. Fast downchanges from third to second are usually the first ones to play up.

Automatics should not have any significant delay in going into gear from Neutral or Park.

CAR BUYING TIP
If possible, arrange to have an extended test drive so you can try it on roads with which
you are familiar.