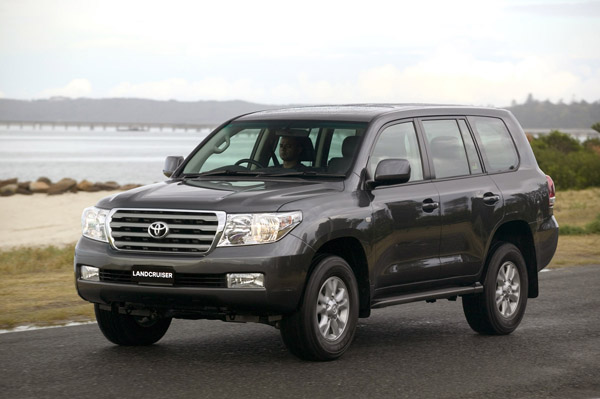 The Toyota LandCruiser is rugged full-size off-roader 4WD. It is capable of tackling
deserts, the great Aussie outback and rugged hills with ease. There are many in the
suburbs as well where they make excellent work of carting multiple kids.

The LC 200 is of the old school, dating back all the way to November 2007 when it
replaced the LC 100 Series. It is a major evolution of the 100 Series rather than a
completely new model. That’s because Toyota treats the LandCruisers as commercial
vehicles rather than passenger cars. So, they have much longer life cycles. There have
been upgrades in the intervening years, more about them later.

Finally, a virtually all-new model, tagged the LC 300 was announced in 2022. It seems to
be significantly better in every way. We’ve yet to test drive one, but it’s obviously not going
to be on these on the used 4WD market for quite a while.

The LC 200 is a large vehicle, but visibility is good in all directions, even around the front
windscreen pillars which are relatively slim. Parking isn’t helped by a large turning circle,
but its height isn’t excessive and it will fit into parking stations built to standard
measurements. It may not fit in underground carparks of apartment buildings.

Getting in and out is awkward at times as it’s quite a climb up to the seats. The seats are
set a fair way distance inboard compared to passenger cars. 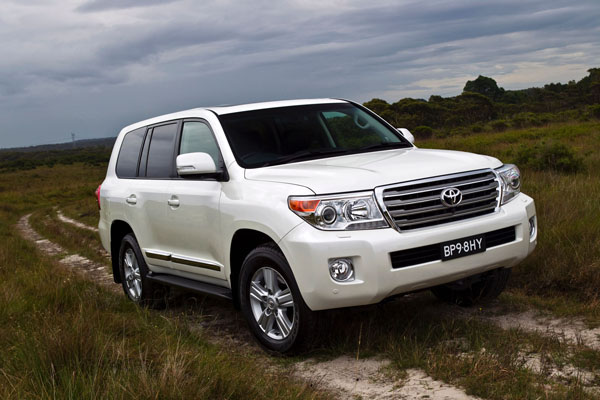 The interior is spacious and the LandCruiser 200 can seat up to eight people. Six can be
adults, though four grownups and four children is more realistic. The second-row seats can
slide backwards and forwards. When they are all the way back the legroom they provide is
limo-like. Some the lower cost models had two rows of seats.

The two rearmost seats fold up against the side of the luggage area Even with the seats in
use you can fit fairly bulky suitcases behind them.

The LandCruiser 200’s ride is significantly more comfortable than that of the 100 Series.
Perhaps not quite passenger car, but not that far removed either.

October 2015 saw a mildly facelifted LandCruiser 200 with advanced active safety
technology. Changes to the petrol and diesel engines gave them both more grunt with
fewer emissions.

Most LandCruiser 200s in Australia are powered by a 4.5-litre V8 diesel with twin
turbochargers. It’s reasonably economical, smooth and provides plenty of grunt. They are
particularly suited to heavy-duty towing.

Some of the first LC 200s had a 4.7-litre V8 petrol engine. It was a renowned gas guzzler.
A new 4.6-litre unit, sold from the March 2012 update is significantly better and more
economical. While it uses more fuel than the diesels quite a few people bought the petrols
for the sophisticated feel and low noise levels it provides. 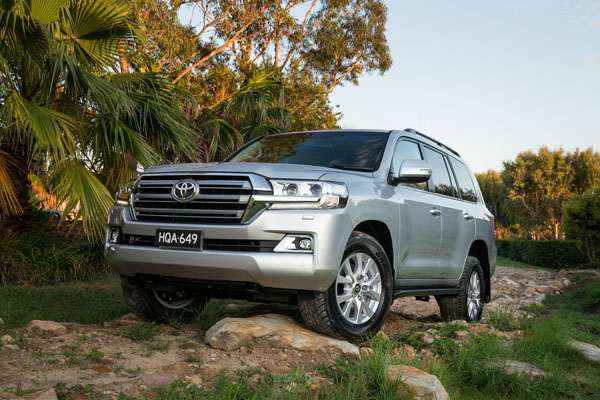 The 4.7-litre engine sits in front of a five-speed automatic transmission, the 4.6-litre has a
six-speeder which played its part in the improved economy.

Then there’s the big-gun powerplant, a petrol V8 with 5.7 litres is on offer in the top end
variants of the LandCruiser 200.

You are probably aware that the Lexus LX570 is a LandCruiser 200 with a lot of extra gear
and a pretty big price tag. Most are only used as easy-going family carriers. You may care
to check them out if you’re looking at high end LandCruiser 200s.

Toyota LandCruisers have plenty of underbonnet and under-vehicle space so the
knowledgeable home mechanic can do a lot of their own work.

There are Toyota dealers in all areas of Australia, thanks to the company having the most
widespread of all networks.

Servicing and spare parts are generally reasonably priced. But keep in mind that these are
large heavy-duty, commercially-oriented vehicles so running costs are higher than for a
passenger car in the same price range.

Insurance is unlikely to cause real hassles as the working nature of the vehicle means
most companies have favourable experiences with the vehicle, letting them keep
premiums relatively low.

WHAT TO LOOK FOR
Be wary of the engine’s condition if it has done harsh off-road driving and/or heavy-duty
towing. Engines are generally long lasting but watch for a smoking exhaust when the
engine is under load that may indicate it is near the end of its life.

Check the service records are up to date and that the work has been done according to
the Cruiser’s use, not to distance travelled. Lots of driving in dusty conditions needs more
frequent oil changes and inspections of the drive systems.

LandCruisers that have had severe off-road use may have underbody, door-sill and
bumper-corner damage. Ideally this should be done with the vehicle on a hoist. In fact, we
would insist on this, telling the seller you won’t buy it otherwise.

Even those which have only had gentle use away from sealed roads are likely to have
scratches in the paint caused by squeezing the wide vehicle through narrow spots.

Look for dust in the cabin and boot. This may be caused by windows-down driving, but
could also mean leaks around the door seals. Maybe even a twisted chassis due to off-
road damage and/or a crash.

An oil light that’s slow to go out when the engine is started is another indication of engine
wear.

Check for signs of salty sand as it can cause real rust troubles. Look for rust in the floor,
especially if the Cruiser has had a lot of beach use.

Have a professional inspector follow up your initial examination as a hard used example
could cost big bucks to be put back together again.

CAR BUYING TIP
Genuine 4WDs often spend a lot of time on the road (and off) so are likely to have big
miles on the clock. This isn’t generally bad if they’ve been driven and serviced correctly.
But if not…