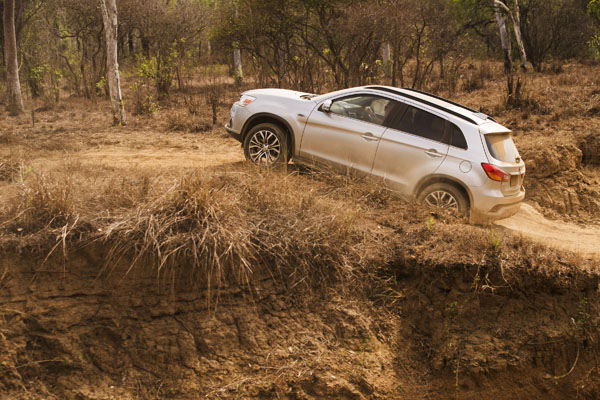 The no-nonsense Outlander tackles some tough going in Kakadu

Mitsubishi went a long way to showcase its sports utility and light commercial vehicle range recently with an extensive outback drive for the media in the Northern Territory.

Flying in to Darwin, the first drive sector took us to base camp, or in this case ‘glamp’, at Wildman Wilderness Lodge on the edge of the world heritage area, two hours east in the Mary River wetlands. 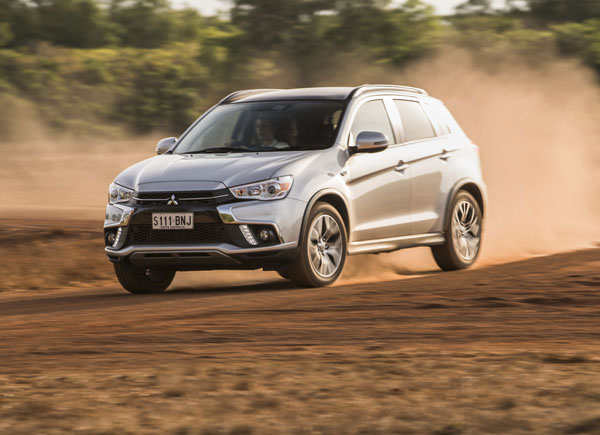 With all but the last seven kilometres being along the bitumen highway, the Outlander PHEV (plug-in hybrid electric vehicle) Exceed ($55,490, plus on-road costs) me and a co-driver scored, behaved as expected, ‘taxying’ through the suburbs like a hybrid hire car.

Out of town on the Arnhem Highway the Outlander PHEV cruised comfortably at the 130 km/h legal speed limit, the only sacrifice being to fuel economy. Steady high speed running is simply not the best feature of hybrid or electric vehicles.

The Outlander PHEV makes use of two 60kW electric motors front and rear, a 12kWh lithium ion drive battery and an efficient 87kW 2.0-litre four-cylinder petrol engine. The electric motors also manage Outlander’s dynamic stability, the integrated S-AWC system ensuring it has the same high levels of grip and road-holding as a conventional four-wheel drive, as we were soon to find out in some harsh off-roading. 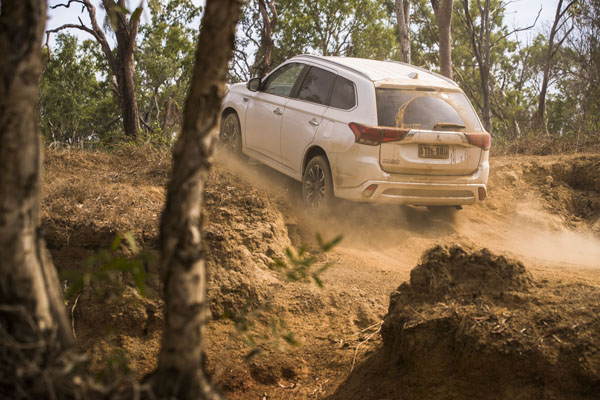 Dropping tyre pressures to 28 psi all round, a convoy of vehicles took to a large loop in Kakadu, taking in Old Jim Jim Road, turning north to Bucket Billabong before joining the Arnhem Highway and heading west to Rockhole on the Mary River.

There was no stopping the Pajero Sport GLS ($48,500) and Exceed ($53,000), which used their 2.4-litre 133 kW / 430 Nm four-cylinder diesel engines and eight-speed automatic transmissions to trundle effortlessly through steep-sided dry creek beds with their ubiquitous Crocodile Warning signs.

The addition of a third row of seats here to make seven-seaters is all very well, but it does have its drawbacks. The two extra seats owe more to perches than armchairs for comfort and, with little support, are wanting in severe off-road situations.

Surprisingly, the Triton Exceed Dual Cab Pick-Up, again with the 2.4-litre diesel motor, was surprisingly agile on the dirt, the only downside being a sudden bout of understeer on one fast bend. Maybe it was a case of enthusiasm getting the better of the driver. 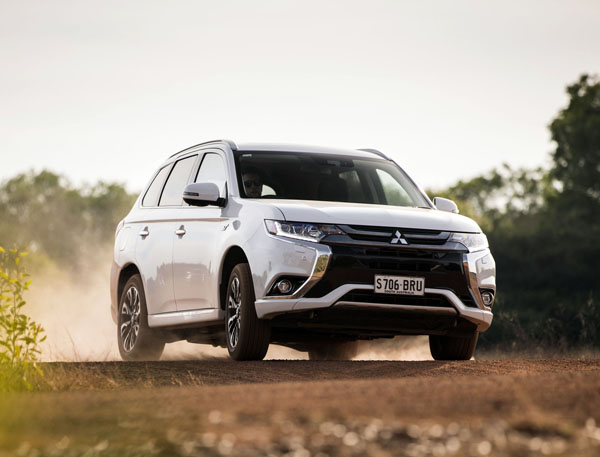 The surprise package off road, however, was the ASX XLS 2.2-litre diesel AWD with six-speed automatic transmission ($37,000), which for a compact sports utility vehicle, acquitted itself well in conditions it would not normally be called on to challenge. Limited ground clearance could be the hang-up (literally) here.

While each vehicle was able to deal with conditions under foot, some of which were verging on the extreme, one potential nuisance could not be kept at bay. No matter how much attention had been paid to sealing and the ability of air-conditioning to maintain positive pressure inside the cabin, there was no stopping dust from intruding, leaving literally a bad taste.

As they say, every cloud has a silver lining and Mitsubishi had its own way of mitigating the annoying situation by delivering a breath of fresh air.

Late in the loop a break from the vagaries of bush bashing came when wheels made way for water, the scribes taking in a spot of fishing at Rockhole on the Mary River.

It seems as things stand, Mitsubishi Motors Australia Ltd is well placed to continue offering a versatile and practical means of taking on conditions in some of the most out-of-the-way, beautiful and interesting parts of the outback.

And what of the future? Mitsubishi has been conducting testing and validation of its new Eclipse Cross compact SUV in Australia ready for its market debut later this year.

A pre-production vehicle, dressed in camera camouflage, was wheeled out for the media to view at the conclusion of the event. The Eclipse Cross will go on sale late this year when Australian specifications and pricing will be released.