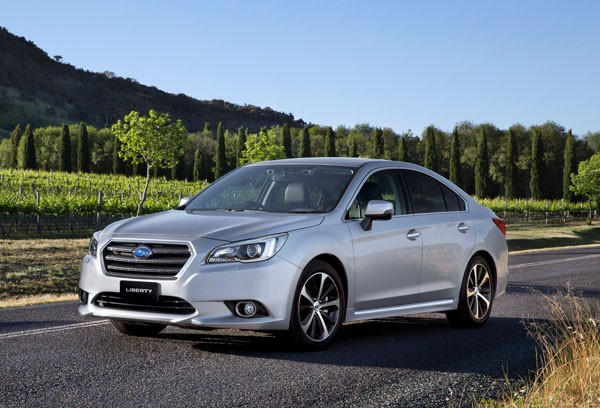 The imminent departure of Australia’s previous market-leading Ford Falcon and Holden Commodore family cars is opening up opportunities for a variety of mid-sized sedans that have previously sat in their sales shadow.

One of the best-known of these contenders is the Subaru Liberty which has been on sale here continuously since 1989. The latest, sixth generation, model was released late in 2014 with some styling changes, engine tweaks and extra equipment.

But the biggest news is some serious price-cutting that has seen Subaru Liberty drop below the $30,000-mark for the first time in more than 15 years. That $29,990 model is the entry-level 2.5i – down $3000 against the outgoing equivalent gen five Liberty.

There are even bigger savings in the other two variants with the price of the 2.5i Premium cut by $4000 to $35,490; and the 3.6R now selling for $41,990. That’s a whopping $14,000 down on the previous model. Additionally, all variants also come with extra features that increase the value equation. 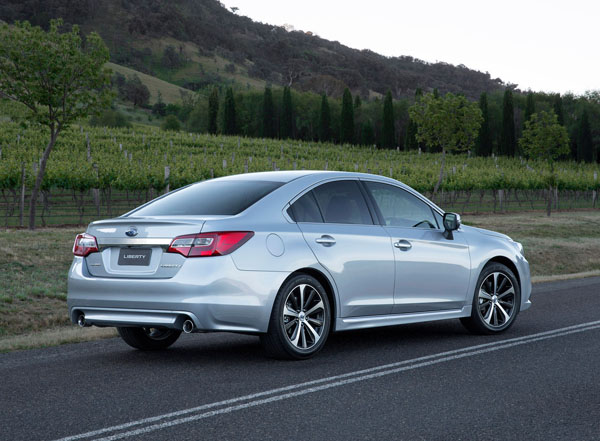 The new Liberty range has been cut back to just three models compared to the ten of the previous model. The Liberty wagon, including the Exiga seven-seater, has now been deleted – no real surprise as most wagon buyers had already switched to either the Outback or Forester. Also gone are the Liberty GT and X.

STYLING
While earlier Libertys have tended to be a bit on the bland side, the more recent models have a classy look and can hold their own with the best of their competitors. Styling changes for the gen-six model are minor, with a new more subtle front grille and raised rear quarter panels which provide a more muscular look.

Attractive 18-inch alloys are now standard on all variants. 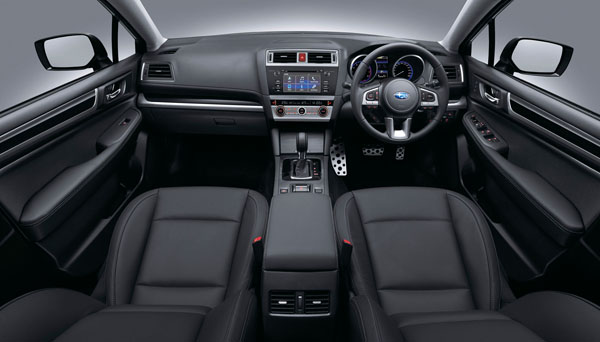 INTERIOR
Those moving out of larger cars will be impressed with the Liberty’s interior space which has increased marginally in all directions. It also feels larger with the A-pillar now further forward, a new front quarter window and lowered dashboard. The rear seats have been raised by 10 mm to improve passenger visibility and there’s excellent rear leg and headroom.

The 493-litre boot is well-shaped although the access space is relatively small. The spare wheel is full sized.

As with almost all Subaru models the Liberty comes with all-wheel drive, hill hold and reversing camera.

New Liberty has a five-star ANCAP rating with its points tally of 35.99 (out of a maximum possible 37) being the highest ever by any Subaru.

The only transmission is a continuously variable (CVT) that now includes a six-step manual override operated by shift paddles.

INFOTAINMENT
The entry-level Liberty 2.5i uses a 6.2-inch touch screen and comes with Bluetooth (with intuitive pairing) phone and audio streaming; voice command recognition; and USB and Auxiliary sockets that are conveniently located at the front of the centre console for easy access.

The two Premium models get a 7-inch screen; satellite navigation; Harman Kardon audio and a second USB jack; and a 7.0-inch screen. It also allows the Pandora music app to be controlled via the touch screen.

DRIVING
Our test car was the $29,990 entry-level Liberty 2.5i. Around town and on the open road it cruised comfortably and with minimal road noise intrusion. It has the looks and the solid, reliable feel of a car from a higher price bracket.

When we loaded it up with three adults and a couple of 13-year-olds and a bootfull of soccer gear and travelled to Sydney and back along the hilly F3 motorway we did find that the combination of the four-cylinder engine and CVT meant plenty of paddle shifting to maintain momentum. For that type of workload the extra investment in the 3.6R would make sense.

Not surprisingly fuel consumption was around 3.0 litres per 100 km above the combined factory reading of 7.3 L/100 km during that segment of our test. Overall the week-long average sat at an acceptable 8.7 L/100 km.

Back on my own and buzzing along my favourite rural drive route all that was forgiven. One of the characteristics of the boxer engine is that it provides a slightly lower centre of gravity and the handling and stability of the Liberty through tight corners is excellent.

SUMMING UP
An attractive mid-sized car with all-wheel drive, high equipment levels with a starting price for a model with automatic transmission not seen since 1999 makes the new Subaru Liberty one of the best bargains going around.

Subaru is one of these carmakers who attract loyal customers and they’re sure to be joined by plenty of converts with Liberty’s combination of value and quality.