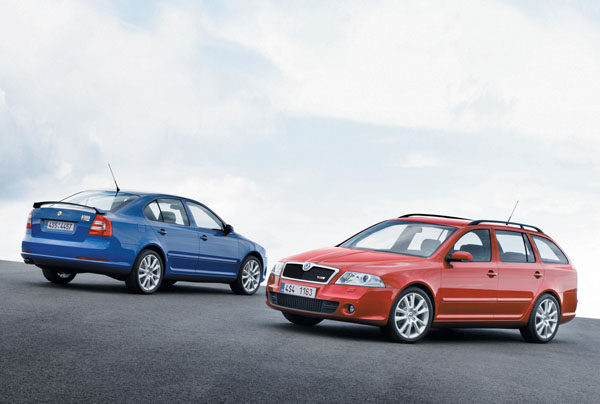 Skoda Octavia can be described as a Volkswagen Jetta (Golf sedan) with a different body.

German Volkswagen has controlled Czech Skoda since the fall of communion in the early 1990s. Therefore the Octavia’s mechanicals are from the VW, but the Czechs designed a body around the skeleton of the Jetta.

The Czechs like to have room to move in their cars and the Octavia is larger inside than its Volkswagen cousins. In fact it’s more VW Passat than Jetta in its spacious cabin and boot.

Octavia became slightly larger with the introduction of a new model in September 2013. A significantly longer wheelbase makes it remarkably roomy for its price class. A facelift and some additional technology late in 2017 won’t be commented on in this used car piece as we haven’t seen any on the secondhand market yet.

Exterior styling of the Octavia is on the conservative side, which does have the advantage of making it relatively timeless. Five-door hatchbacks and station wagons are on offer, with the wagon having cavernous luggage space, not that the hatch is a midget in that department. 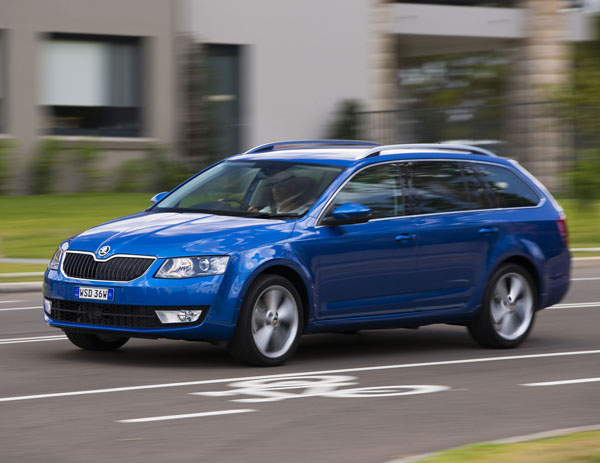 Skoda is still struggling to make a solid name for itself in Australia, which doesn’t make sense because you get a lot of European car for a relatively low price. A price that dropped several times over the years on new cars as the importer reduced it in an attempt to increase sales.

As is frequently the way with European marques many Skoda Octavias buyers opt for a station wagon, to the extent that even the high-performance Octavia RS is offered in this practical body.

As mentioned, Octavia engines are Volkswagen sourced. There are petrol and diesel units ranging in size from 1.4 litres through 2.0 litres. Transmissions are manual and DSG automatic, with a strong degree of favouritism towards the self shifter.

The high-performance Skoda Octavia RS is virtually a Golf GTI under the skin. But it is larger and heavier so doesn’t have the Golf’s excitement level. Interestingly, there are even turbo-diesel engines in the Octavia RS range, but turbo-petrols are our preferred choice. Somehow there’s something about oil burners in fast cars that jars against our senses.

Another fascinating model is the Octavia Scout, which is basically a standard station wagon with increased ground clearance, all-wheel-drive, plastic body scuff panels and underbody protection. You wouldn’t want to go into serious off-road territory or to the beach, but weekend family trips on dirt roads can be fine. 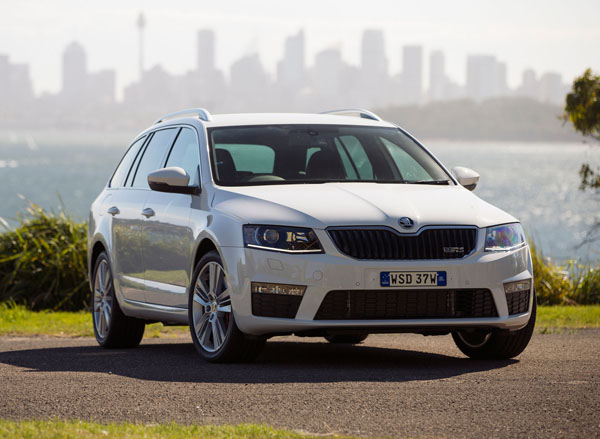 Ride comfort is good thanks to competent suspension and even the standard models have very good handling and precise steering. The RS is firmer and a real pleasure to drive if you want more than mere transport from your car.

Skoda often operates in Australia through semi-autonomous dealership that are separate from Volkswagen ones.

VW dealers can do repairs if you’re in an area with without a representative from the Czech Republic.

WHAT TO LOOK FOR
A full service history by a Skoda dealer or a qualified mechanic is a very sensible move. If the octavia the latter make sure genuine Skoda parts have been used.

Previous body damage, particularly on the high-performance models, could be a warning sign.

Scratches and tears in the luggage area, particularly on a wagon, may mean an Octavia has done some heavy-duty cargo hauling.

Engines that have been running on lower grade fuel may be down on power. Recommended petrol is usually 95 octane, check that on the sticker on the car or in the handbook. Skoda’s office can help if neither are available.

The six-speed double-clutch had problems, check the changes are smooth and fast. However, at very low speeds they may be slow and jerky, if you feel this is too bad have it checked by an expert.

The seven-speed DSG is less troublesome, but we still suggest you call on a professional.

Check all electrical items work correctly as Volkswagen has problems in this area from time to time.

CAR BUYING TIP
Cars that are on the unusual side often are so loved by their owners that clubs are formed. The members can be an excellent source of information.