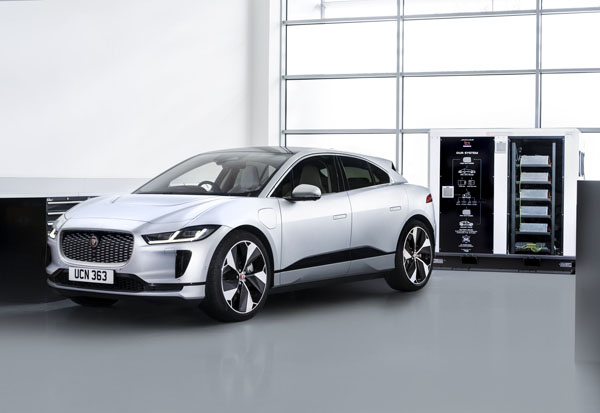 Jaguar Land Rover has partnered with Pramac, a global leader in the energy sector, to
develop a portable zero-emission energy storage unit powered by second-life Jaguar I-
PACE batteries.

Post-vehicle applications exist because Jaguar Land Rover’s batteries are engineered to
the highest standards and can therefore be safely deployed in multiple low-energy
situations once battery health falls below the stringent requirements of an electric vehicle.

Second-life battery supply for stationary applications, like renewable energy storage, could
exceed 200 gigawatt-hours per year by 2030.

The flagship system has a capacity of up to 125kWh – more than enough to fully charge
Jaguar’s all-electric I-PACE performance SUV, or to power a regular family home for a
week. Pramac directly reuses up to 85% of the vehicle battery supplied by Jaguar Land
Rover within the storage unit, including modules and wiring. The remaining materials are
recycled back into the supply chain. 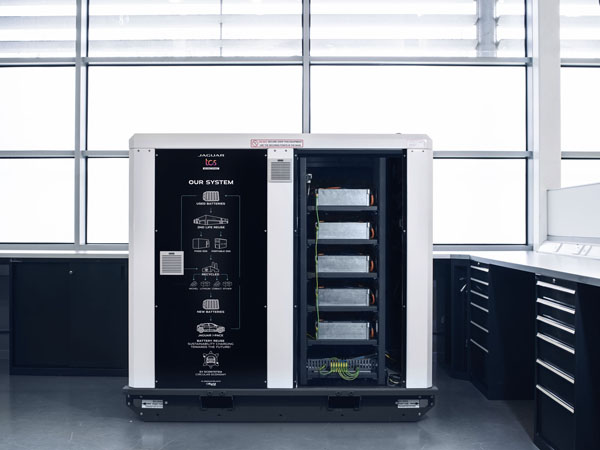 Charged from solar panels, the unit is a self-contained solution that consists of a battery
system linked to a bi-directional converter and the associated control management
systems. Available for commercial hire, the units are fitted with Type 2 Electric Vehicle
charge connections with dynamic control and rated at up to 22kW AC to allow electric
vehicle charging.