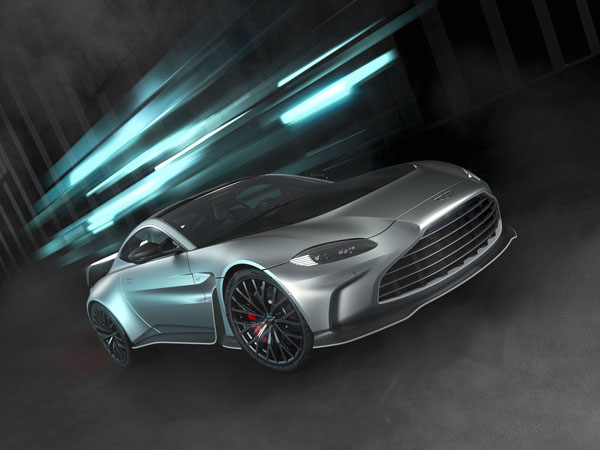 For fifteen years the V12 Vantage has represented Aston Martin’s passion for
performance. Now it has introduced what it says is: “the fastest, fiercest and most
dynamically accomplished of them all; the new V12 Vantage.”

The power is fed through a ZF eight-speed automatic transmission and mechanical
limited-slip differential mounted at the rear of the car. 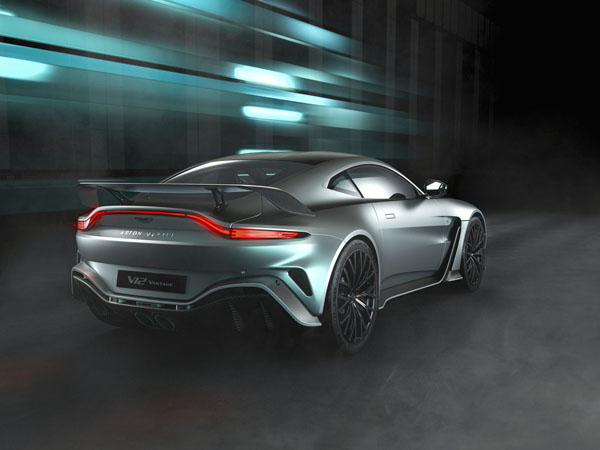 It has adaptive damping suspension system including new anti-roll bars, bushes, and
spring and damper assemblies.

To provide increased air flow through the engine cooling radiators the front grille is 25
percent larger. A ‘horse shoe’ design engine vent has been integrated into the bonnet,
enhancing cooling.

At the rear a new a bumper with integrated diffuser maintains aerodynamic balance from
front to rear. The centre piece of this new design is the lightweight centre mounted, twin
tailpipe, exhaust system. A dramatic rear wing provides downforce of 204kg at top speed.

Inside, the V12 Vantage has Sports Plus Seat trimmed in full semi-aniline leather featuring
‘Wings’ quilt and perforation pattern as standard.

Every V12 Vantage can be individually tailored through the marque’s bespoke
personalisation service, Q by Aston Martin. Offering a variety of unique options, customers
can create a true one-of-a-kind specification.

Marco Mattiacci, Aston Martin Global Chief Brand and Commercial Officer, adds: “At Aston
Martin we build cars, but we sell dreams. That is the magic of this brand. Only a select
number of customers around the world can buy the V12 Vantage, yet like all our iconic
models, its significance extends far beyond its exclusivity.

What’s more, such is the level of bespoke personalisation available via Q by Aston Martin
even a car as rare as the V12 Vantage can be made to a specification completely unique
to its owner”.

Production of the Aston Martin V12 Vantage – the order book for which is already closed
due to unprecedented demand – is due to commence in Q1 of 2022, with first deliveries
scheduled to begin during Q2 2022.