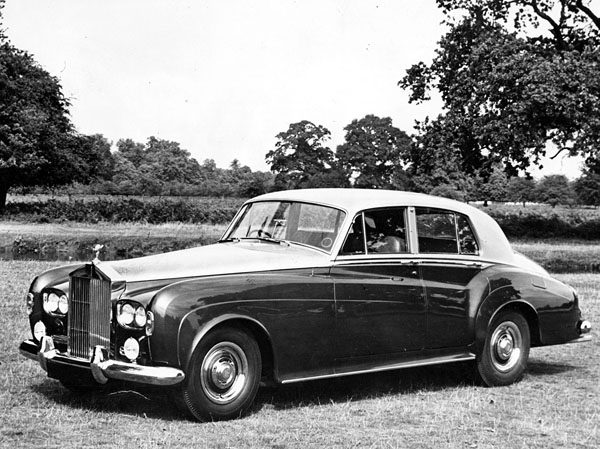 The shape of this car was a radical break with tradition for Rolls-Royce and Bentley. It appeared first on the Bentley S2 Continental chassis in 1959 as a Park Ward drophead design and was attributed to Norwegian freelance stylist Vilhelm Koren. This new talent was found by Crewe’s head of styling on a trip to the Turin Motor Show.

The bold crisp lines and austerely simple shape had a dramatic straight-through wing line with single headlights at the corners. There was the merest suggestion of a fin in the backwards slice of the rear wings, yet the shape was executed in such a way that the car looked lithe and elegant.

Park Ward’s experience building airframes meant aeronautical techniques were employed in the way the body was put together. Steel was used more extensively than before, although the doors, bonnet and boot lid were aluminium. The Koren Continental was really half way between pure coachbuilding and the modified two-door Silver Shadow models to come. It also proved to be a rust bucket in middle age compared to the coachbuilt models.

At motor show time in 1963, Crewe gave in to demands for a Rolls-Royce version of the design. Quad lights were a feature of the Bentley S3 but this arrangement did not suit the Park Ward Continental. Instead a modified arrangement with the outer lamps on the extremities of the wing was adopted. This ‘oriental’ style was popular on several other car makes at the time. The Continentals were no longer mechanically distinguishable from the standard S-series saloons and, with the big 6.2-litre V8, there was enough performance and speed – it had a top speed of 186km/h – to keep most owners happy.

The V8 engine was an all-alloy 90-degree overhead valve type fed by twin SU HD8 carburettors and powered the wheels through a four-speed automatic transmission. Suspension at the front was independent by wishbones with coil springs, anti-roll bar and telescopic shock absorbers whilst at the rear was a live axle on asymmetric, semi-elliptic springs with adjustable telescopic shock absorbers and two-bar anti-roll/wind-up link.

Only 100 of the Rolls-Royce versions of the Silver Cloud dropheads were built. Unlike many expensive cars, this Rolls-Royce drove and even smelt expensive. Its performance was whisperingly powerful, every control smooth to the touch and everything about this glamorous Rolls-Royce was designed to make the owner feel special and at one with the world.