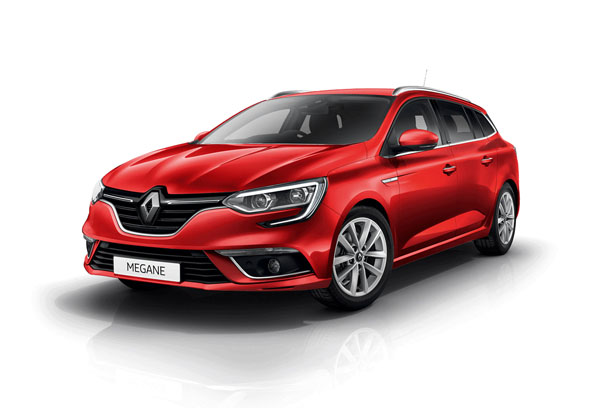 Renault is continuing its strong marketing push in Australia by adding sedan and station wagon variants of its Megane. The very stylish Megane hatchback has been a success downunder since its launch in October 2016 and the sedans and wagons have a fair bit of French flair in there rumps as well.

However, buyers are tending to – somewhat illogically in our opinion – opt for SUVs these days and the new Renault wagon may struggle to sell in significant numbers. The sedan should make its niche for itself in the sales race.

Justin Hocevar, Renault Australia’s managing director, tells us, “With the welcome return of the Megane wagon to the range Renault now has an even more practical vehicle for families with an active lifestyle, or for business users who need significant carrying capacity as well as the comfort, safety and performance of a passenger car.”

A 1.6-litre turbo-petrol engine is used in the Renault Megane GT wagon. The Zen and GT-Line wagons are powered by a turbo-petrol 1.2 litre engine. It sits beside Renault’s Efficient Dual Clutch (EDC) automated transmission for the first time.

Infotainment is provide by the R-Link 2 multimedia system with satellite navigation and a 7.0-in touchscreen. There is an Arkamys audio with eight speakers. The GT-Line can be optioned with a Premium Pack that adds a Bose audio system.

The Megane GT has sports Launch Control and Multi Downshift, as well as 4Control all-wheel steering and Renault Sport-tuned suspension.

The Megane sedan is available in Zen and Intens variants. The Zen sedan can be optioned with a Sunroof Pack featuring not only the electric sunroof, but also an automatic dimming rear view mirror and sun visor with illuminated mirror. The Intens sedan has an 8.7 inch portrait orientation capacitive touchscreen and satellite navigation,

Renault has long been one of the leaders in safety so it’s no surprise it has been awarded a five-star safety rating. Standard features include six airbags, stability control, hill start assist, front and rear parking sensors and a rearview camera. Automatic dusk-sensing headlights and automatic windscreen wipers.

The GT-Line has ADAS as standard with the addition of Blind Spot Warning, Adaptive Cruise Control (ACC) and Distance Warning, side parking sensors,

We’ve yet to road test the new Renault Megane sedan and wagon, but will get variants of both and bring the results to you afterwards.