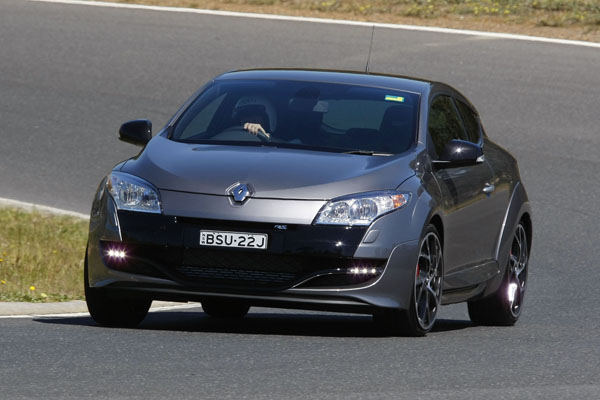 Renault Meganes offer a wide selection of cars for those who are looking for a stylish French machine rather than simply a sensible but not particularly exciting one from Asia or Japan.

Megane is offered as a five-door hatchback, five-door station wagon – and even a coupe-cabriolet for a while. Renault Megane leans in the direction of sportiness, with some very hot models at the pinnacle of their range.

Gen-four Megane arrived Downunder in November 2016. It’s longer and lower than the outgoing one and has wider front and rear tracks. Topping out the range is a pair of Megane GT variants, one a full-on GT, the other a dress-up tagged the GT-Line which has the sporting looks but doesn’t have the go faster bits.

High-performance models are offered; Megane Cup, Trophy, Trophy plus, Sport, Sport RS, GT. Some have a moderate amount of added urge, others are full-on high-performance variants aimed at the serious driver. These feature extra-hot engines, heavily revised suspension to give huge amounts of road grip.

The most extreme is the Megane Trophy-R which only has two seats and other weight saving features. They could be ordered without air conditioning and a radio to further reduce weight. 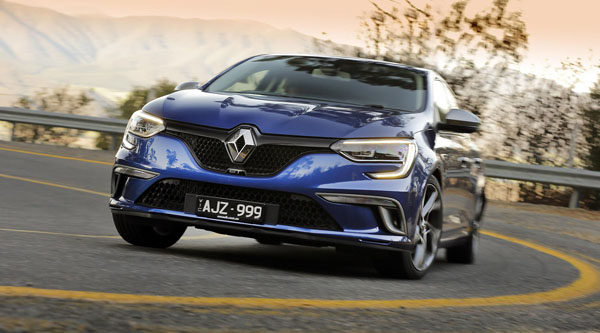 Some of the almost-track-day specials may have led a very hard life, the the What To Look For segment in this review.

The suspension and steering have a dynamic setup in various stages. In the full-on sports machines the seats hold you in place nicely, but some may find them a little too tight and firm. Make your pre-purchase test drive a fairly long one to get a good feel of on the sport versus comfort and make sure it’s to your tastes.

A fascinating feature of the Megane GT is a four-wheel steering system. This uses computer controlled hydraulics, at speeds up to 60 km/h (80 km/h in Sport mode) the rear wheels are steered in the opposite direction to the front wheels to improve manoeuvrability, particularly when parking. Above those speeds the rear wheels are steered in the same direction as the front to cornering grip and control.

Renault was the first company ever to get a five-star safety rating and has taken safety even more seriously since that historic event.

We’ve heard of no real complaints about availability or the cost of spare parts. That’s possibly because Renault owners anticipate prices will be a little higher than average.

Insurance costs cover a wider spread than normal. So it pays to shop around, make sure you’re doing accurate comparisons on all parts of the insurance coverage.

Younger drivers and/or those with a poor driving record may have to pay very high premiums – or may even be refused insurance.

Renault Megane underwent a series of updates in February 2020. These are not included in this review but will be covered in our next Used Car feature on this model. 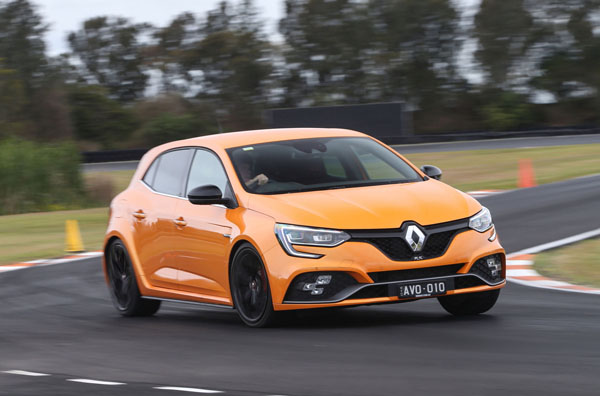 WHAT TO LOOK FOR
It’s wise to have a Renault Megane checked out by a professional, preferably an expert on the marque.

Make your own initial inspection by all means. The left-front wheel is always a good place to start as it’s the one to get crunched by careless parking.

Do a full walk around to see if there are any obvious defects such as damage to panels, wheels or even the glass.

Run your hand across the face of the tyres. It they feel smoother in one direction than the other something is out of alignment and needs specialised checking.

Check the interior for any damage, the back seat area is often the one to suffer due to out of control kids.

Once you get serious it’s smart to arrange a test drive early in the morning so you can test the mechanicals stone cold. The engine should start within a second or so and steady into a steady idle immediately.

CAR BUYING TIP
There’s no shortage of used cars in dealerships in these unusual times. Which is good news because you’ve a pretty good chance at nailing down an excellent deal.