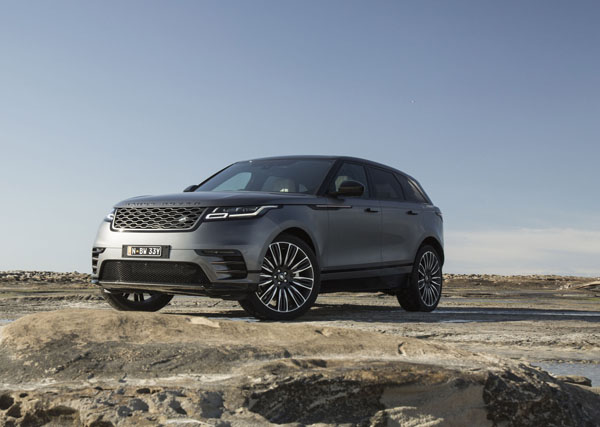 Land Rover chief designer, Gerry McGovern, tell us, “We call the Velar the avantgarde Range Rover. It brings a new dimension of glamour, modernity and elegance to the brand. The Range Rover Velar changes everything.”

There are six powerplants: four-cylinder Ingenium turbo-diesels in 132kW and 177kW variants; a four-cylinder Ingenium petrol engine which delivers 184kW and enables acceleration from 0-100km/h in just 6.7 seconds. An even more powerful, 221kW version of this engine will join the Velar range later in the year.

We will arrange to borrow a Range Rover Velar for a road test and bring our opinions to you immediately afterwards.

SPECIAL EDITION
If you want even more in the new Velar a special First Edition launch model priced from $168,250 is on offer for one year only. Even more luxurious than the HSE, it has full extended leather interior trim to complement the perforated Windsor leather seats in Nimbus or Ebony; a 1600 Watt Meridian Signature Sound System; Matrix-Laser LED headlights and 22-inch Split-Spoke wheels with diamond-turned finish. 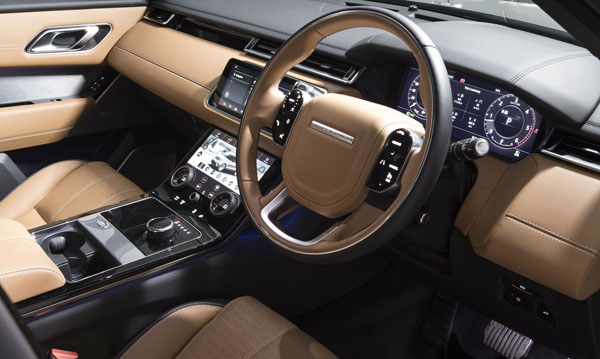 Exterior paint colours for the First Edition are Corris Grey, Silicon Silver, and Flux Silver that will be hand-sprayed at Jaguar Land Rover Special Vehicle Operations’ Oxford Road Technical Centre in the UK.