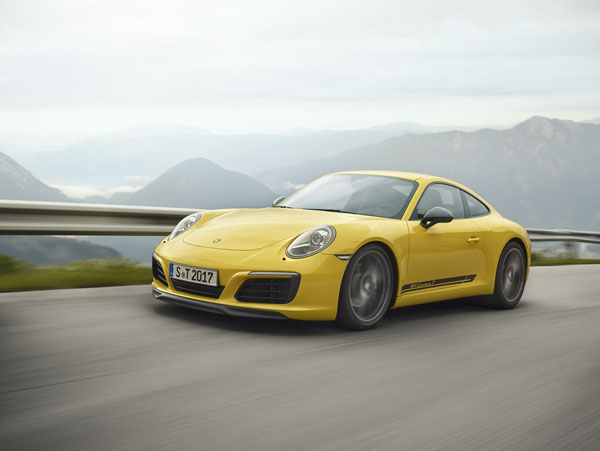 The 911 Carrera T is based on the standard 911 Carrera, but with major changes. While the T stands for Touring in Porsche speak this is not a GT (grand touring) vehicle in the conventional manner rather the T is aimed at harder performance through lower weight.

The legendary Colin Chapman famously said when he designed his racing and sportscars, “First add lightness.”

To trim mass the Porsche Carrera T rear window and rear-side windows are made from lighter glass and the door trims feature opening pull loops instead of handles. Noise suppression materials are minimal and there are no back seats. 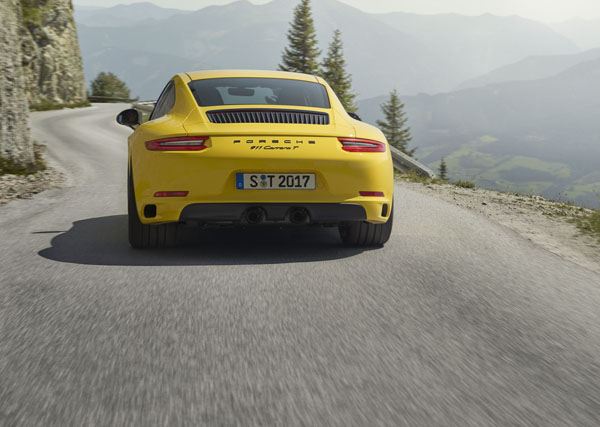 You can choose to order it without the PSM (Porsche Communication Management) system.

The power-to-weight ratio improves to 3.85 kg/hp. The shorter gear ratios in the seven-speed manual gearbox combine with the mechanical differential lock to let the 911 Carrera T get from zero to 100 km/h in 4.5 seconds, which is 0.1 seconds faster than the 911 Carrera Coupe, on its way to 200 km/h in just 15.1 seconds. 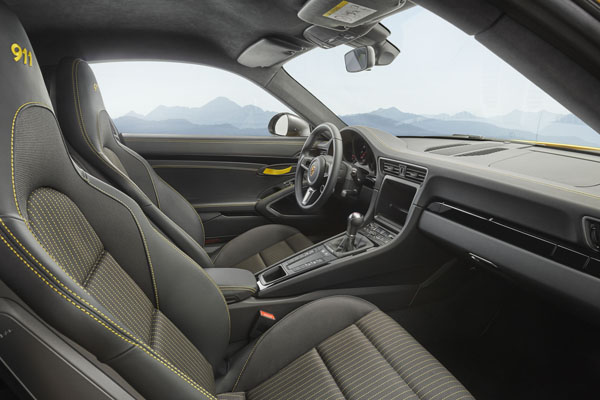 Porsche DoppelKupplung (PDK) is available as an option and brings the 100 km/h sprint in 4.2 seconds, and 200 km/h in 14.5 seconds. Both transmission variants allow a 290 km/h top speed.

The 911 Carrera T is priced from $238,400 in Australia with local deliveries expected to begin in the second quarter of 2018.