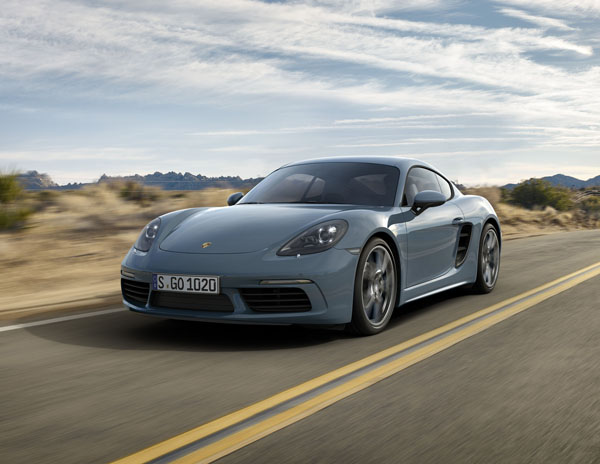 In an interesting move the Cayman is priced below the Boxster. Something that hardly comes a surprise as ever other maker charges more for their open top versions; the 718 Cayman starts at $110,300, the 718 Cayman S from $140,600. On-roads have to be added.

The 718 is named in recognition of the Porsche 718 sportscars that won many races during the 1950s and ‘60s, including the Targa Florio and Le Mans 24-hour.

Most makers are moving to smaller capacity, turbocharged four-cylinder engines in the interests of efficiency. The 718 Boxster has a 2-0-litre four that develops 220 kW (300 horsepower); the 718 Boxster S takes its capacity to 2.5 litres and produces 257 kW (350 hp).

The 2.5-litre unit has a turbocharger with variable turbine geometry (VTG), similar to that in the Porsche 911 Turbo.

A six-speed manual transmission as standard. The Porsche DoppelKupplungsgetriebe (PDK) is available as an option.

A retuned chassis is used in the 718 Cayman; springs and stabiliser bars are firmer and the shock absorbers have been revised. Steering is now 10 per cent more direct, and Porsche tells us this enhances agility and driving dynamics.

The 718 Cayman now has the brake system that was previously used in the Cayman S. That is 330-millimetre front discs and 299-millimetre rears.

Porsche stylists have retained the now traditional air inlets in the rearmost area. The revised rear looks wider due to the accent strip in high-gloss black with Porsche badge between the redesigned taillights. 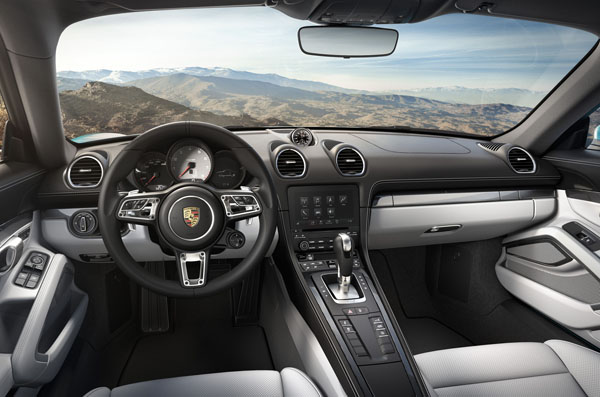 Inside, the upper part of the dash panel, including the air vents is new. The new sport steering wheel, based on the 918 Spyder design, looks great.

A revised Porsche Communication Management (PCM) is fitted. For Australians this includes mobile phone preparation, audio interfaces, navigation and voice control as well as the 150-watt Sound Package Plus for the 718 Cayman.

The PCM can be extended with optional modules; the Connect Plus module is available as an extension of the navigation module and allows various iPhone functions and apps to be used in the PCM via Apple CarPlay.

We have yet to road test a new 718 as none have reached our shores as yet. Hopefully we can get into them as soon as the ships arrive, and will report to you then

Australian Porsche dealers are now taking orders for the new 718 Cayman and Cayman S, with deliveries to commence late in 2016.

We will be test driving the latest Porsche Boxster at its Australian launch on the Gold Coast midway through June and will report on it immediately afterwards. Cayman will be covered a few months later.