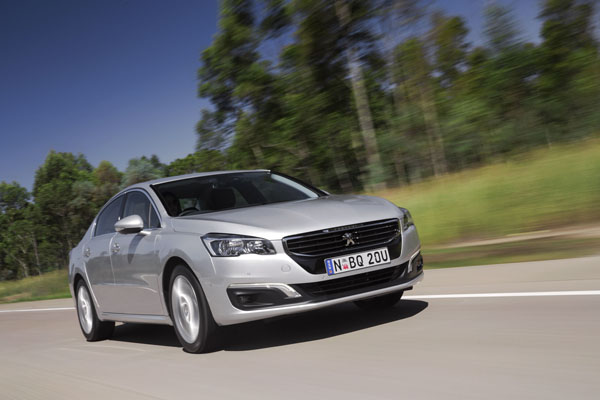 Peugeot 508 arrived in Australia in July 2011 and replaced two cars, the Peugeot 407 and 607. Clever engineering means the 508 has less mass than the significantly smaller Peugeot 407 and is well under the weight of the 607. Not all 508 models arrived simultaneously, rather they dribbled in over the next 12 months or so.

Sitting between 407 and 607, with a leaning to the 607 in size, the Peugeot 508 was sold a a four-door sedan and five-door station wagon. The sedan’s boot is one of the largest in the business. The wagon is large and spacious, though when surrounded on the market by SUVs it hasn’t had the sales numbers it deserves.

Peugeot 508 passengers are cosseted in a manner found in few other vehicles, even those with a much higher price tag. The front windscreen has a clever design that filters sounds from the outside; hydro-elastic suspension mounts muffle road noise; and an ‘active front axle damper’ further distances the 508’s occupants from the outer world.

Peugeot is the world’s oldest automotive nameplate and has Gallic style, with a body that looks as though it has been sculpted out of a single piece of metal. The shape is likely to be ageless.

Engines are a 1.6-litre turbo-petrol, a 2.0-litre turbo-diesel and a 2.2 turbo-diesel. The latter is fitted to the 508 GT, showing the emphasis that Peugeot puts on its diesel engined models on its home market.

All Australia imports run a six-speed automatic transmission. The auto on the GT has paddle shifters. See the notes on the automatic in our separate section cover the 508 e-HDi model. 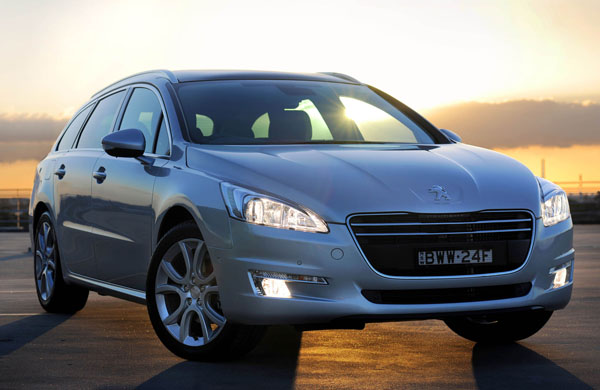 An interesting 508 is the Touring wagon, it sits higher off the ground and has a hybrid power unit using a diesel-electric combo. It’s really only aimed at the European market as it’s official emission is measured under 100 grams per kilometre. Thus gaining it tax savings that can run into many thousands of Euros in some countries. Haven’t seen many on Australian roads, though.

There’s an interesting ultra-economy 508 model called the 508 e-HDi. Using a 1.6-litre turbo-diesel engine with advanced technology it can cover 1400 kilometres on a single tank in easy running conditions if you put some care into your driving. A drawback is its old-style automated manual gearbox that’s rough in its changes, particularly in the lower gears. You may get used to if after a while, but a full auto would be so much better.

March 2015 facelift saw a mild facelift and tail tuck that kept the same successful overall theme, but added a bit more oomph in the frontal appearance. Changes too meet European emission regs were made the Peugeot’s engines but performance remained much the same.

Peugeot has been in Australia for many decades, but has come and gone a bit in popularity over the years. There is a reasonable number of dealers, but as you would expect these tend to be chiefly in the metro areas.

Spares are about average for this class and we’ve heard of no major delays in getting them.

By current standards the 508 is relatively easy to work on for amateur mechanics but, frankly, we would prefer if if you left all but the simplest tasks to those with formal mechanical training. 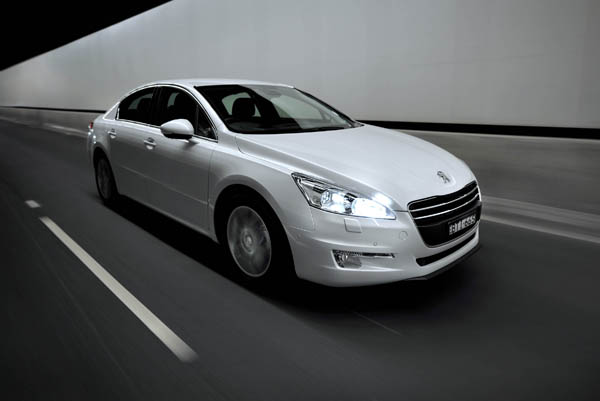 As the Peugeot 508 has been a relatively small seller the insurance companies have had differing experiences with them. Meaning there’s quite a spread in premium charges.

Here’s an interesting thought: Peugeot 508 is now six years old and near the end of its life cycle. Expect the next model to arrive soon and, in turn, to be superseded some time around 2023. That Peugeot 508 may well share its body with a Holden Commodore!

Peugeot has just taken over the European Opel factories that will build the NG Commodore in 2018 and there’s a good chance the designers and engineers will combine GM Opel and Peugeot thinking.

WHAT TO LOOK FOR
Peugeots are reasonably well built, though not to the very high standard of South Korean and Japanese cars. Bodies are generally fine, but have a close look at the interior.

So make sure trim parts aren’t loose and don’t have signs of being glued or wedged back into place. During your test drive listen for squeaks and rattles.

Make sure the engine starts easily – diesels won’t be as quick as petrols – and settles down to a steady idle within a few seconds.

Engines aren’t the smoothest units, but anything you consider too harsh are a reason to call for a professional’s opinion.

Automatic transmissions should hunt between gears or hang onto gears overlong.

CAR BUYING TIP
Shopping around for a few weeks before you get serious about buying a car will give you a feel for what’s happening in the used-car market. Things can change almost daily.