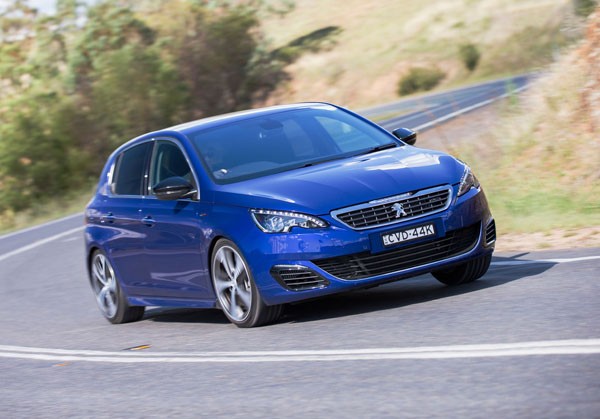 Peugeot has added several new models to the all-new 308 range that first arrived in Australia late in 2014. The most exciting is the GT, with four-cylinder turbo-petrol and turbo-diesel units, and uprated body styling to match the extra urge.

Also on offer are four-cylinder engines to complement the three-cylinder powerplants that arrived in the initial shipments. Three-cylinder engines have become mainstream in the last few years, with major marques introducing them almost by the week. So smooth and quiet are the threes that the public are often not aware how much power is being produced.

In any case, let’s concentrate on the new fours now offered in the European Car of the Year, the Peugeot 308, in particular the exciting GT variant.

Though diesels haven’t been successful in the GT class in Australia in the past Peugeot feels its oil burning engine will appeal because of the big torque it generates. There’s 400 Newton metres of diesel grunt on offer from the 2.0-litre turbo-diesel. That compares very favourably with the 285 Nm put out by the 1.6-litre turbo-petrol in GT guise, but note of the smaller capacity of the petrol. 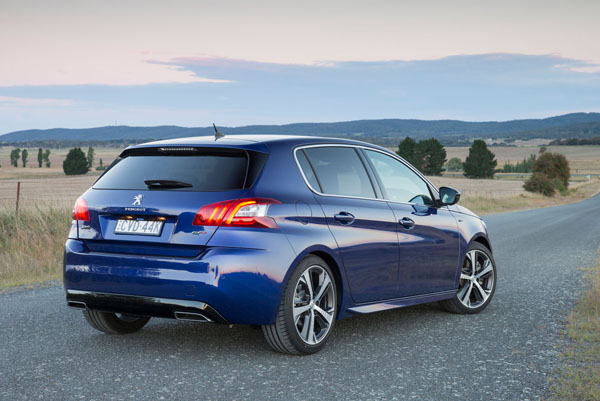 Torque is the big feature of all engines, but we tend to talk power for some reason lost way back in the mists of time. The turbo-petrol Peugeot engine has up to 151 kilowatts, the turbo-diesel manages a respectable 133 kW.

Long time experience in motorsport means there’s a lot more to the Peugeot GT than simply more power. The body has been lowered on the suspension and sits on 18-inch alloys; it uses chrome highlights on the grille, foglight surrounds and window frames. A GT specific colour, Magnetic Blue, has been added to the pallette and there are GT badges to let others know what you’re driving.

Peugeot’s 308 GT sits on lowered suspension that has been firmed up and given a sportier feel. We were most impressed during our road test to find that comfort has not suffered, indeed the 308 GT feels even more supple than the standard model, probably helped by the Michelin Pilot tyres.

Inside, there are sports seats and trim, with standout stitching and aluminium highlights. And a sporty flat-bottomed steering wheel. 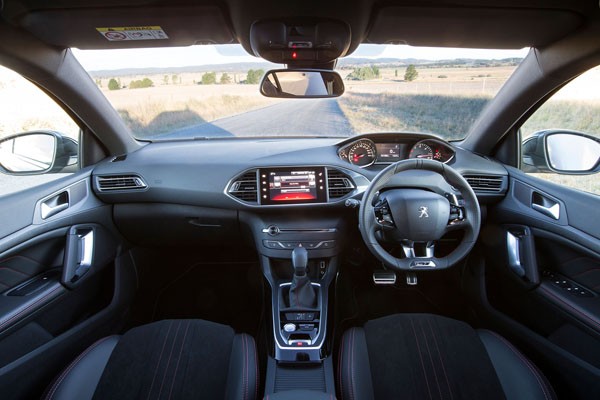 Roadholding of the Peugeot GT is most impressive with the feel that’s almost rear-drive in the way it reacts at normal to above normal cornering speeds. Only when you push it far too close to the limit, as we were able to do at a closed test track, does it show signs of understeer. Keep the electronic aids switched on and the little Pug will sort itself out for you.

Backing the aids off will let you have fun if you arrange to go to a racetrack yourself. There you can really appreciate the instrument panel read-outs of the levels of power and torque being generated, turbo boost pressure, and longitudinal and transverse acceleration. Great fun.

The chief of Peugeot in Australia, John Startari, is quick to point out that his new 308 GTs are ‘warm hatches’ not ‘hot hatches’. In Aussie speak that means the Peugeot competes with the Subaru WRX, not the STi. So, is Peugeot working on a GTI? They are not telling us, but the company is increasingly becoming involved in motorsport worldwide so an even hotter 308 may well break cover sometime soon. Here’s hoping.

The added sophistication of the French machines and there ability to cover big Australian distances on back roads with a minimum of fuss will certainly stand them in good stead in the sales race.