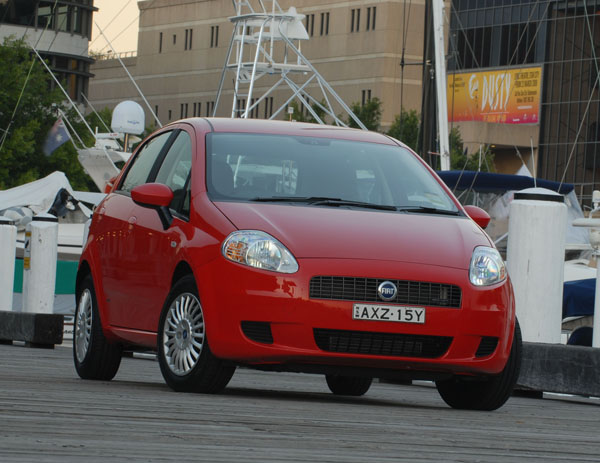 Italian carmaker Fiat is very big in Europe but had been quiet in the Australian passenger car scene for years before re-entering our market in July 2006 with the Punto, a small-medium hatchback. However, Punto was pretty expensive and didn’t sell particularly well at the time, to the extent that it was pulled from the new-car market in 2010; some may not have been sold new till early 2011, check the compliance plate as it’s the build date that counts when you come to resell the car and 2010 models will be worth less than ‘11s.

When the Italian factory took control of Fiat’s Australian operation in 2013 the Punto was revived, but still didn’t do particularly well and sales were only in the hundreds for the next couple of years. One of Punto’s biggest competitors was its smaller brother, the Fiat 500, which sells in the thousands due its cute retro shape.

The styling of Fiat Punto is elegant in its simplicity. Only Italian stylists could have made such a basic shape look so attractive; it’s likely to remain timeless and this could lead to good resale in the midterm future. No promises, though. 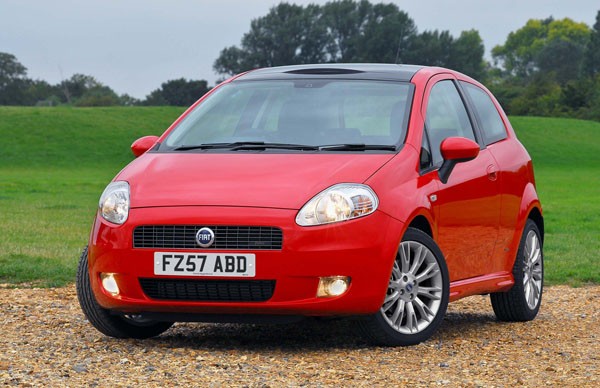 Fiat Punto is enjoyable to drive hard and fast and provides the sort of crisp response and steering feedback keen drivers love. If you’ve only every tried Japanese cars in this price group, may we suggest you have a punt in a Fiat Punto? It will open your eyes to the driving pleasure that can be had in a small family car.

Despite the excellent handling dynamics the Fiat has pretty good comfort. The noise levels are generally well subdued, however the Punto can become noisy on coarse-chip surfaces.

The interior feels even more spacious than it really is thanks to styling that gives the impression the Punto stretches out in all directions.

There’s plenty of front headroom in the standard Punto, but if the optional sunroof is fitted it steals away a fair bit of room. Try it for yourself. There’s reasonable rear leg and headroom but it’s sometimes necessary for front occupants to give up some legroom if you want to carry tall adults in the back. 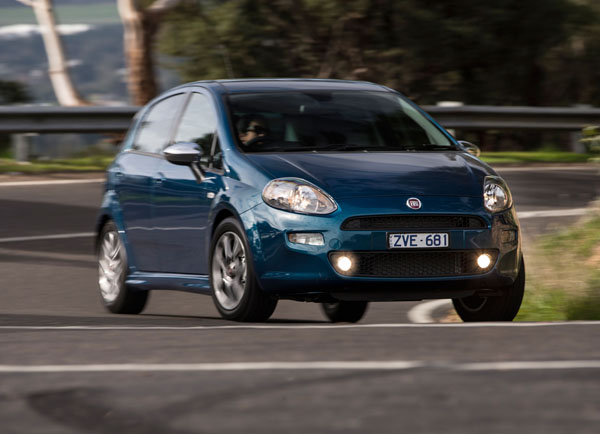 Boot space is good thanks to it having plenty of depth.

Three of the four Punto engines are turbo-diesels; one of 1.3 litres, the other two being 1.9 litres but with different levels of tune.

The only petrol engine on offer has a capacity of 1.4 litres. However, it’s sold in two quite different versions: as a naturally aspirated unit producing 57 kilowatts, and, from February 2008, as a hot(ish) little 96 kW turbocharged unit.

Manual transmissions are five-speed units in the Punto petrol, but have six speeds when sitting beside one of the diesels. An automated manual transmission, known as Dualogic, was added to the Punto Dynamic range a few months after the manuals were imported. Try the Dualogic for yourself during an extended test drive as it can be an acquired taste, one that take a while to develop.

Insurance tends to vary quite markedly from company to company so it pays to shop around. Keep in mind that sticking with the one company when you change cars helps to build up a good record that may be useful if you are unfortunate enough to have a marginal claim one day.

Fiat representation in Australia is comparatively sparse, but has grown significantly in the last couple of years. Some Fiat dealers are tied in Alfa Romeo, even Ferrari and Maserati. Thus you can drool over some magnificent machinery while waiting for your Punto to be serviced. Perhaps even plan a return trip when you win the lottery.

Spare parts for the Punto are more expensive than average for this class, but not outrageously so. We seldom hear of problems with availability.

These are reasonably easy cars on which to do your own repairs, but be sure you know what you’re doing before attempting anything that’s safety related.

After several not very successful years on the Australian market, the Fiat Punto was discontinued in this country late in 2010. Fiat continues on, these days represented by the cute little 500 and 500C, so spare parts for Punto should be here for many years to come.

WHAT TO LOOK FOR
Fiat reliability is significantly better today than in the past, but it still makes sense to have a Punto professionally inspected after you’ve given it your initial once over.

Make sure all electrical items work correctly, use the owner’s handbook if you’re not sure off all the operations of the minor controls.

Listen for rattles from the suspension when the car is driven on rough roads. Too much tyre roar on coarse-chip surfaces can also indicate suspension components aren’t being as well isolated from the body as they should be.

Check for a slipping clutch by depressing the pedal while the car is being driven, but without taking your foot from the accelerator. If it’s slipping it will be slow to get the Punto back up to speed again.

Keep an eye on the temperature gauge and see if the readings are too high. Working the engine hard will bring on any problems sooner.

Body rust will have been caused by poor crash repairs, not bad build quality so if you do find any be very suspicious.

CAR BUYING TIP
European cars are much nicer to drive than Asian ones, but may not be as well built or reliable, especially in older models.