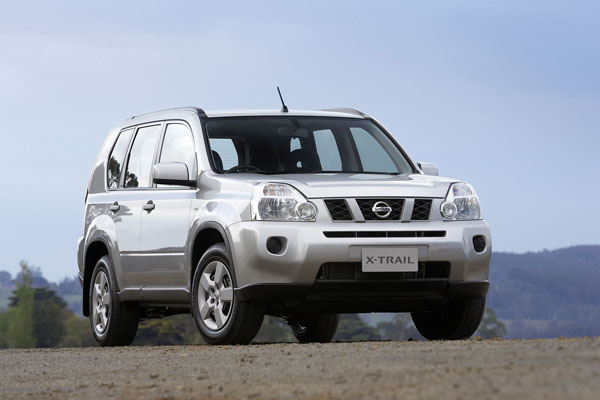 Now in its 18th year, with total Australian sales approaching 200,000, the Nissan X-Trail continues to be an important vehicle for the Japanese giant. Indeed at this time Nissan Australia is only selling SUVs, not passenger cars.

We will review models from the second generation, launched in November 2007 onwards. These were larger than the initial X-Trails and can carry four adult in comfort, three juniors plus mum and dad with ease. Seven seats, offered from the third generation in 2014, are pretty cramped in the back and really only good for the kids.

Luggage space is excellent thanks to the squared-off rear end.

Though not really a tough 4WD Nissan’s second generation X-Trail can tackle rough trails better than most in this class. It uses an ‘intelligent’ four-wheel drive system called All Mode 4×4-i.

On-road, the X-Trail handles well for its class. It’s no sports machine but is stable and predictable. Obviously, it doesn’t have the same safety in corners as low-slung passenger cars, though electric aids will keep you out of trouble if you’re over ambitious.

In September 2010 Nissan toughened up the look of X-Trail by giving it a new frontal look along the theme of big brother Nissan Patrol. It has a slightly wider wheel track to further aid stability and to add to the hard-edged off-road look. 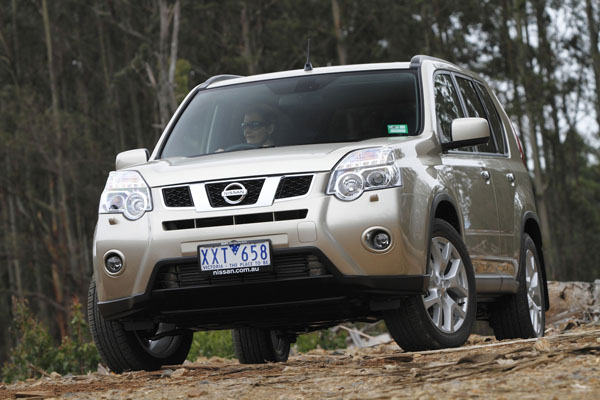 Changes inside included easier to read dials and the introduction of Bluetooth connectivity. A redesign of the seats makes for slightly more legroom in the rear. Legroom was already good so this made them even more comfortable.

The gen-three model of April 2014 moved it more to the family wagon arena than the part-time SUV segment it had previously occupied. Ground clearance and approach / departure angles were all reduced.

May 2017 saw a facelift and Nissan with added technology and improved refinement. The 1.6-litre turbo-diesel was replaced by a 2.0-litre, adding significantly to the grunt on offer. We’ve yet to see any 2017s on the used market so won’t cover them in this review.

Most Australian imports of the X-Trail have a big 2.5-litre four-cylinder petrol engine. Turbo-diesel units with 2.0-litre and 1-6-litre capacities were sold. The 1.6 has more performance than you might expect but the 2.0 would be our choice.

Models covered here had a six-speed manual or a continuously variable transmission. The latter has preset speeds should the driver disagree with the computer’s decisions. The auto is the big seller.

While the Nissan X-Trail is relatively easy for the home mechanic to work on, safety-related items should be left to the professional mechanic.

There are plenty of Nissan dealers throughout Australia, even in remote areas. Not all dealers in the outback will have parts for an X-Trail in stock, but should be able to get them within a few days.

Insurance costs are about average for this class. If shopping around make sure you are comparing apples with apples.

WHAT TO LOOK FOR
Make sure the engine starts easily and doesn’t hesitate when asked to accelerate suddenly. Ideally, starting should be done with the engine completely cold.

The CVT automatic may be a bit cranky at very slow speeds, moving in and out of gear in an irritating way. If it doesn’t feel right have an expert try it out.

Manual gearboxes that are noisy and/or harsh in their changes could be due for a rebuild, or it might be a slipping clutch. Again, have a professional drive it.

Examine the body sides for scratches that probably mean it’s had some real off-road use.

Be sure to get a quote from a panel beater, though a scratch and dent specialist may be able to do the work as well.

Look at the underside of the body and mechanical components for signs of damage, or sand or salt encrustation.

Check the interior for signs of water and/or mud stains, don’t forget to look for damage to the carpet in the load area.

CAR BUYING TIP
No matter how good your mechanical knowledge it still makes a lot of sense to call in a professional for the final inspection.