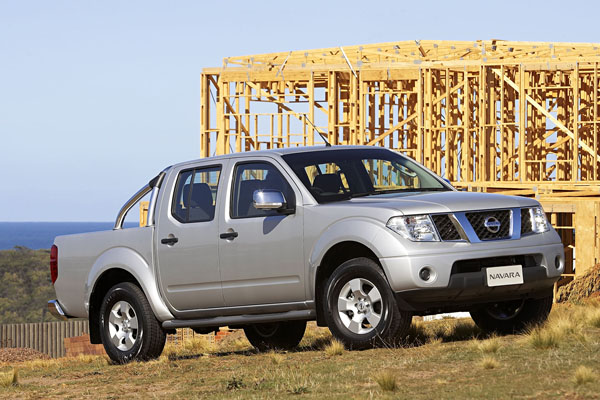 Nissan Australia was ahead of the field in realising that dual-cab pickup trucks were going
to be major sellers in Australia. Many are being used as family cars, not just working
vehicles. From November 2005 it began importing a second Navara model, the D40. It
sold alongside the D22 Navara which was a hard-working model loved by tradies.

The Navara has built up an excellent reputation over many years as a tough, no-nonsense
vehicle when worked hard in rugged Aussie conditions.

Nissan D40 Navara is sold in a variety of bodies, everything from a bare cab-chassis,
though single cab and extended cab to a full four-door. We are concentrating on the four-
door models in this used vehicle feature.

These are large vehicles so the rear seats can take three adults, though, as is generally
the way, two and a child will be more comfortable. There’s good head and legroom in all
seats.

Comfort isn’t to sedan standards but the ride is generally fine on good roads. However,
Navara can be bounced around on worn bitumen or dirt, particularly if lightly loaded. They
have been improved over the years as suspension tuners have worked on it.

Navara is sold in 2WD and 4WD, the former makes sense if you really only want a family
truck, but most people tend to go for the ‘tuff’ look they feel the 4WD provides. See some
tips in our What To Look For section on how to spot possible off-road damage. 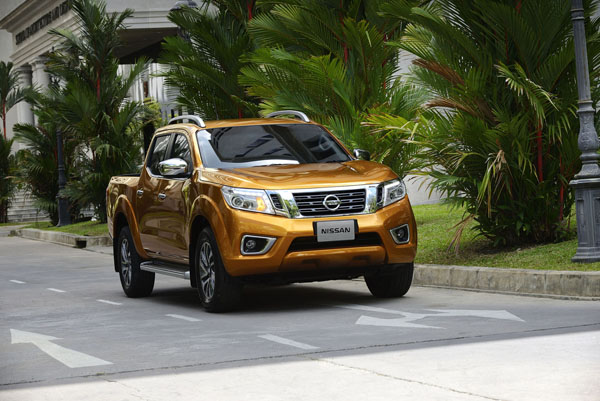 May 2015 saw the introduction of Navara pickup D23 series. It was offered with two rear
suspension systems: a low-cost leaf-spring one for the lower cost working vehicle, and a
sophisticated five-link setup that forms the basis for the dual-cabs we are reviewing here.

Large mudguards which are widened in some versions of the Navara to cope with larger
tyres and add to the sporty appearance.

Inside, the big Nissan looks more car-like than pickup with a dash design that wouldn’t be
out of place in a car. Quality materials are used throughout, certainly not the sort of low-
grade plastics once seen in light trucks.

A Navara Series 2 version was introduced in March 2017. It featured the Nissan V-motion
motif in the grille and the bold look. A major improvement was ‘spinal support’ front seats
that reduce fatigue by distributing body pressure on the seating surface. Work a try if your
back, like mine, isn’t as good as it used to be …

An Advanced Drive Assist Display provides multiple screen options in the centre of the
dashboard. 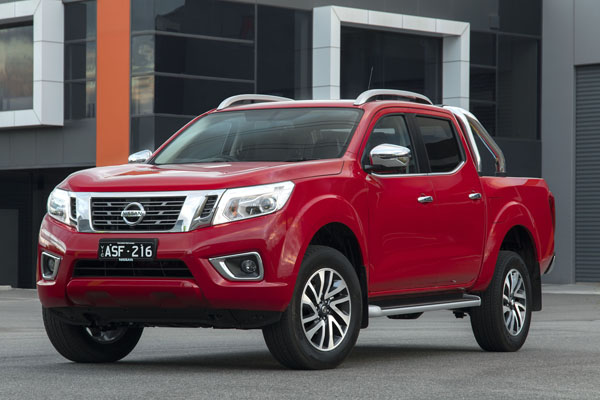 All five seats in dual cab models have three-point emergency locking retractor seatbelts.
The front seatbelts have height adjustment, again as a variety of different sizes of family
members are going to sit there.

A sliding glass panel in the rear cabin window is a handy feature – dogs just love being
able to stick their noses into the cabin.

Insurance is about average for the class and we don’t know of any great variance from
company to company. We suggest that it’s not a good ideal to change insurers too often
as it’s wise to set up an extended relationship with anyone.

WHAT TO LOOK FOR
Off-road use isn’t common though we have seen a quite a few on beaches. Look for sand
and dried salt underneath.

Bush driving may be indicated by scratches in doors, sills and on the corners.

Some may have minor dings and scratches in the tray. One that’s is heavily damaged may
be an indicator of heavy-duty commercial use.

Check over the interior of the cabin for signs of hard use.

An engine that’s reluctant to start when it’s stone cold could be on its way out.

If you have any doubts after these basic inspections get the truck up on a hoist and look
for damage in all areas. Radiators seem to suffer as their mounting is rather low.

Listen for rattles from the front of the engine that may indicate a loose timing chain –
valves hitting pistons can cost a lot of money!

On a manual feel for a slipping clutch and/or gears that bind or crunch during changes. A
quick change down to third is often the first to suffer.

CAR BUYING TIP
Spend as much time checking out the best deals on insurance and finance as you do on
the vehicle itself.