The cabriolet version of the iconic Porsche 911 will soon join the recently announced Coupe version. The soft top has a glass rear window and can be opened or closed at speeds up to 50 km/h in just 12 seconds.

Fascinatingly, the front end revives a traditional feature from earlier 911 generations: a forward-extended bonnet with a distinctive recess in front of the windscreen.

The rear of all models is dominated by the significantly wider, variable-position spoiler. The now familiar continuous light bar carries all way across the rear. With the exception of the front and rear sections, the entire outer skin is now made from aluminium.

Porsche 911 Cabriolet is initially available as a Carrera S with rear-wheel drive and Carrera 4S with all-wheel drive.

Both have a turbocharged 3.0-litre six-cylinder boxer engine with 331 kW of power at 6500 rpm and 530 Nm torque from 2300 to 5000 rpm. It drives through a newly developed eight-speed dual-clutch transmission. 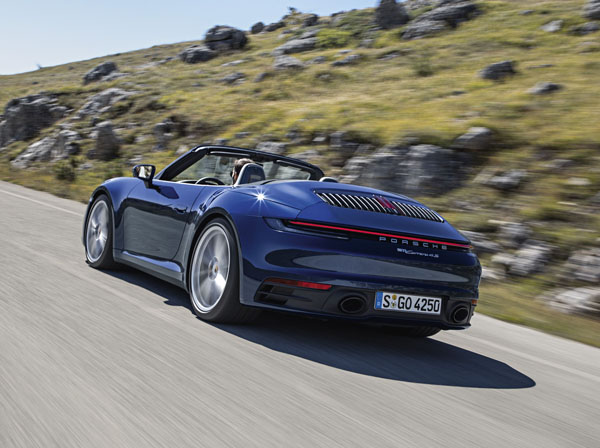 Carrera S accelerates from zero to 100 km/h in 3.7 seconds. The Carrera 4S does the sprint in 3.6 seconds. Both of these figures are when the 911s have the optional Sport Chrono Package.

For the first time the Porsche Active Suspension Management (PASM) sport chassis is available for the 911 Cabriolet. The springs used for this are harder and shorter, the front and rear anti-roll-bars are more rigid, and the chassis overall has been lowered by ten millimetres. 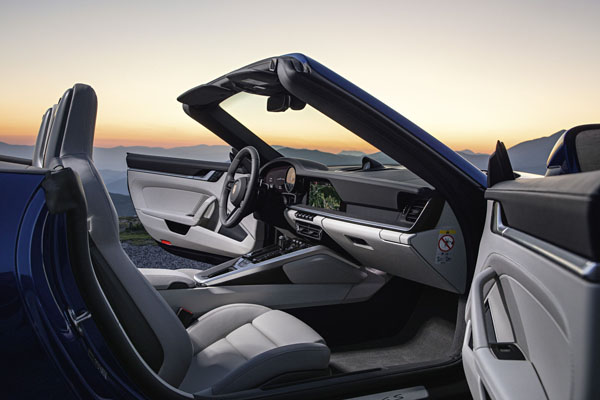 Porsche tells us these adjustments give the 911 a more neutral feel on the road, with better weight distribution. We will test drive the new models as soon as we can and report on the overall handling feel.

Both can be ordered now and will arrive in Australia from the second quarter of 2019.