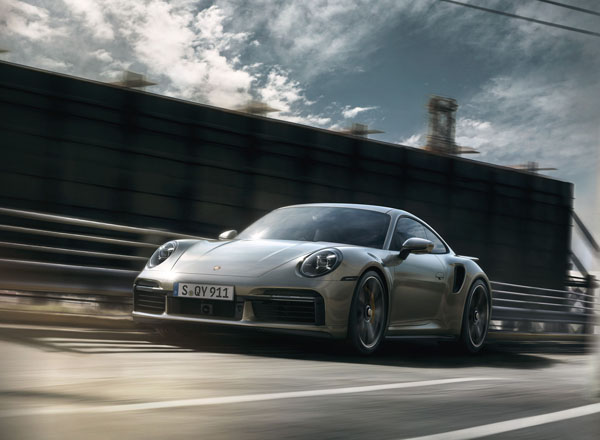 New-generation 911 Turbo S will go on sale in Porsche dealerships around Australia in the second half of 2020. Offered in coupe and cabriolet bodies it’s powered by a 650 hp (478 kW) 3.8-litre boxer engine with twin VTG turbochargers. Maximum torque is a hefty 800 Newton metres.

New 911 Turbo S is larger than the model it supersedes. Adaptive aerodynamics now include controlled cooling air flaps at the front, while the larger rear wing provides even more downforce.

It features a completely new engine based on the 911 Carrera engine. Two symmetrical turbochargers with variable turbine geometry (VTG) and larger dimensions replace the previous identical parts, with the compressor and turbine wheels now rotating in opposite directions. The wastegate flaps are electrically controlled with stepper motors. 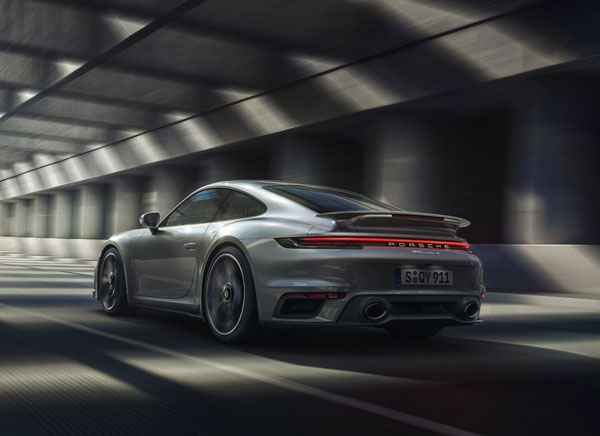 A redesigned, pneumatically extendable front spoiler and the larger rear wing deliver 15 per cent more downforce. The new look of the rear is completed by rectangular tailpipes in high-gloss Black, typical of the Turbo.

High-quality graphic elements and logos in the instrument cluster complete the characteristic Turbo S features. The centre screen is now 10.9 inches, and it can be operated quickly and with minimal distraction thanks to its new layout. 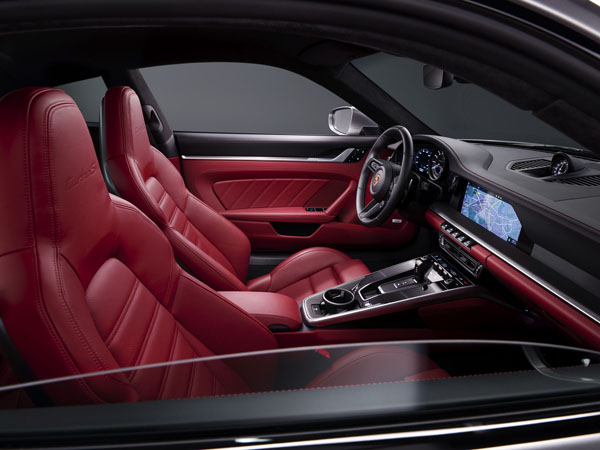