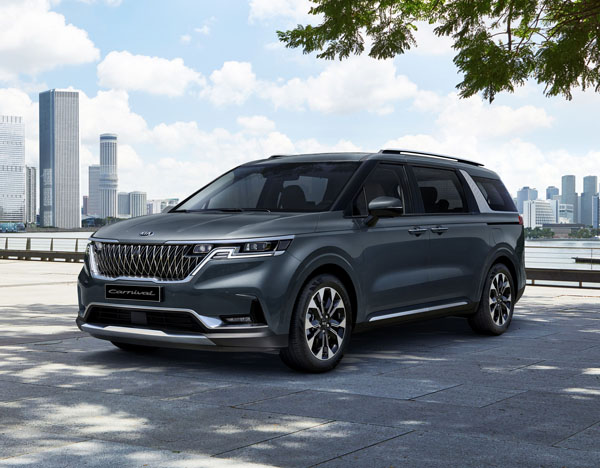 More than two million Carnivals have been sold worldwide since the first generation launched 21 years ago. And the Carnival completely dominates its market segment in Australia.

Kia designers have dubbed their new model a ‘Grand Utility Vehicle’. It is almost an SUV in the shape rather than a ‘mere’ people mover.

At the front, the Carnival’s integrates high-tech headlamps into a huge version of Kia’s iconic ‘tiger-nose’ grille. Carnival has an ‘island roof’ design, with blacked-out A- and B-pillars supporting the body-coloured roof.

The sides have a bold character line which line runs the length of the body from the front to the rear lamps. Its glasshouse has a new chrome fin which extends to surround the rear

The new Kia Carnival is due to go on sale in Korea in the third quarter of 2020, with Australia possibly getting it before the end of the year. We are sure the local importer would like it here before the summer holiday season as it seems sure to sell up a storm as soon as it hits our shores.