The first-ever Audi RS 5 Sportback has been announced and will arrive in Australia in February, 2019.

It’s aimed at those who love the high-performance RS 5 coupe, but want the convenience of a five-door body. As our images show it has lost nothing in the way of sleek sporting lines.

The RS 5 Sportback features a wide, flat single-frame grille, solid air intakes and a front spoiler with quattro lettering. At the rear there’s an RS-specific diffuser, and exhaust outlets with oval tailpipes and fixed spoiler. 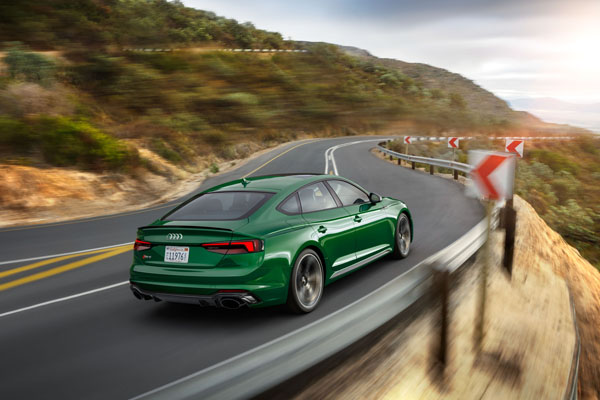 The RS sport seats with diamond stitching are in Fine Nappa leather. There are RS logos on the seats, steering wheel, door-sill trims and the transmission selector lever.

Special RS displays in the Audi virtual cockpit provide information on tyre pressure, a well as the torque and g-forces being generated moment by moment. A shift light prompts the driver to upshift

When it arrives in Australia in February, the new Audi RS 5 Sportback will be equipped with the same specification as the RS 5 coupe. These include 20-inch alloy wheels, LED headlights, gloss black exterior styling package, panoramic glass sunroof, as well as privacy glass and red-painted brake calipers. 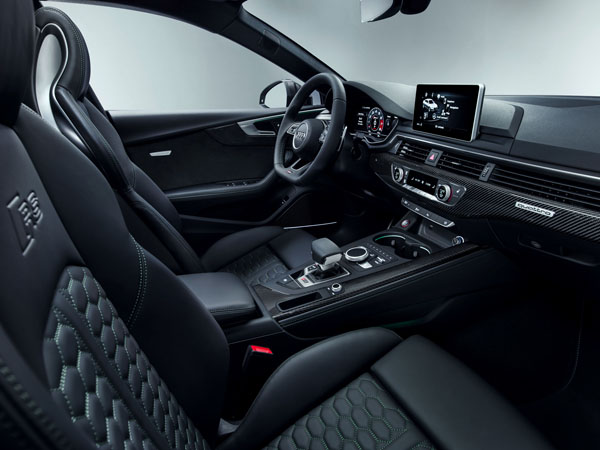 It can be customised with the Gloss Black and Carbon, styling packages.

We look forward to driving one in the early weeks of next year and reporting back immediately afterwards.

Both Coupe and Sportback will sell for $157,700 plus on-road costs.