It’s still about a year away from going on sale here but Audi has announced details of the next version of its midsized A4 and S4 range.

Externally the new models adopt the latest Audi design theme which sees a larger and broader version of the familiar single frame grille that combines with horizontal lines, bulkier wheel arches and a lower shoulder line to give a more muscular look. The new A4 allroad also gets an extra 3 mm of ground clearance.

LED headlights are now standard across the A4/S4 range while the taillights match the design of the latest A6.

There’s a new equipment line choice with basic, advanced and S line now available in 12 paint colours, including a new terra grey option. Inside new interior packages can be selected to match the exterior lines with a variety of colours and materials.

A total of six turbocharged petrol or diesel engines will be available with power outputs ranging from 110kW to 255kW all of which meet the Euro 6d-temp emission standard. Three of the engines will feature a mild-hybrid system (MHEV) for improved efficiency and comfort. 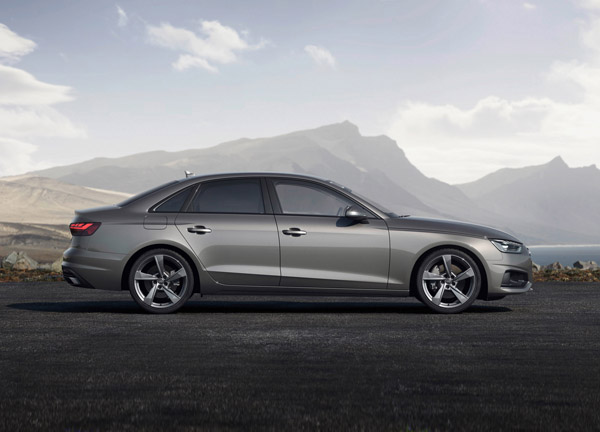 An eight-speed tiptronic and the quattro permanent all-wheel drive make up the drivetrain.

New A4 range gets an improved MMI infotainment system with acoustic feedback to replace the functions of the previous rotary/pushbutton control on the centre console. Display is on a high-resolution 10.1-inch TFT screen. 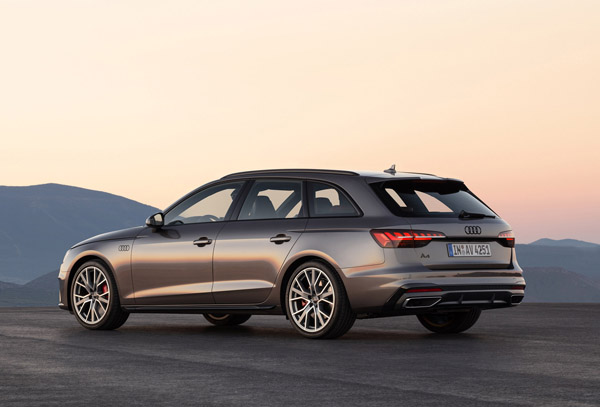