It has front- and rear-mounted electric motors. The front axle motor generates 85kW, up
from 60kW, while taking up a similar space within the vehicle.

The rear motor produces 100kW, up from 70kW previously. It has a new integrated motor
control unit occupying a smaller space than before, enabling the new Outlander Plug-In
Hybrid EV to offer a three-row,
seating configuration for the first time (on Exceed and Exceed Tourer).

The new drive battery is situated low in the chassis, fitted between the axles for optimum
weight distribution. At 20kWh, its storage capacity is an impressive 45 per cent larger than
the previous version’s 13.8kWh system.

There are six adjustable regeneration levels, capable of being set by the driver. Pulling the
left-side, steering-wheel mounted paddles engages the third level of regeneration as a
default; the fourth and fifth are deployed with additional left-paddle pulls, while a reduced
regeneration rate is realised by pulling on the right paddle. 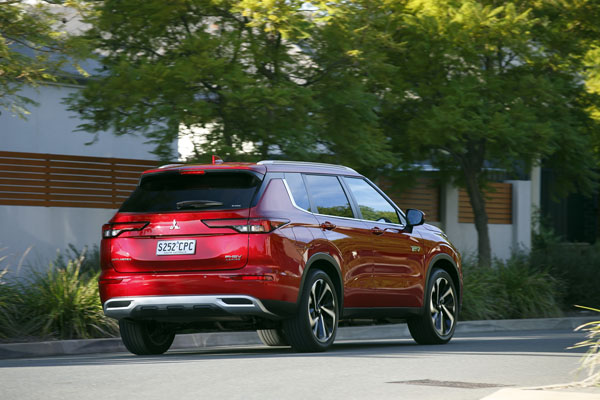 Maximum energy regeneration is now realised by the new ‘innovative pedal operation’
mode, accessed via a centre console button. This makes it possible to accelerate and
decelerate just by controlling the accelerator pedal. Mitsubishi says, “Brake pedal must still
be used when stronger deceleration is required, or when stopping the vehicle to a
standstill.”

Combined maximum power and torque outputs are measured at 185kW and 450Nm
respectively.
A larger fuel tank (up from 45 to 56 litres) makes a 900km plus combined driving range
possible depending on the driving style, terrain and weather conditions. 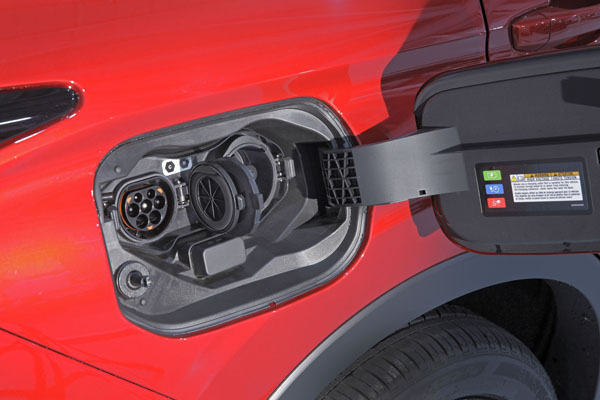 The Exceed and Exceed Tourer models have a three-row, two/three/two seat layout.